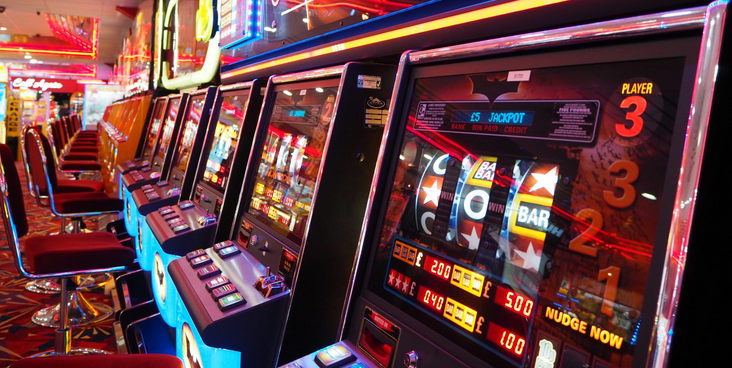 Everything is going back to normal again in the UK after a long slog – but the slot gaming world never halted! Software studios have been behind the scene cooking up some great new slots for our entertainment – and July has been no disappointment!

With some great releases from software studios we all know and love being covered here – including NetEnt, Play’n’go, Microgaming and Pragmatic Play as well as loads of others – and here are some of the top picks we found.

Buckle in and prepare to delve into the latest titles you can find on the best slot sites… and maybe find your new favourite! 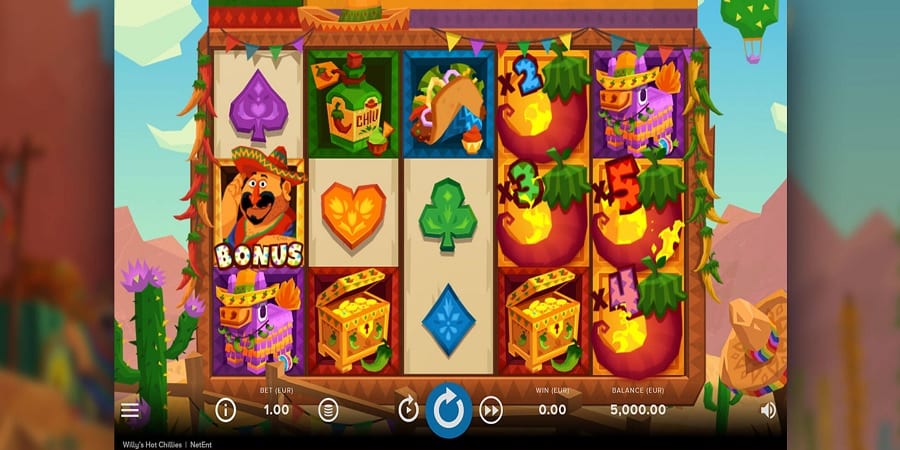 What could be better at the moment than a trip down to sunny Mexico? How about doing that with a chance to win some serious moolah? Well, you can do this thanks to the new Will’s Hot Chillies slot from Netent.

This is a 5 reel, 30 pay line slot featuring some seriously spicy gameplay mechanics that rival some of NetEnt’s other games. Bets can range from just 20p to £400 per spin with Willy himself making an appearance on the reels as a bonus symbol.

Bonus rounds are the name of the game with this brand new slot. There’s a number on offer here, with Willy’s hot wheel and a Chilli multiplier being the front runners. Willy’s Hot Wheel is a separate set of horizontal wheels next to the main set of reels and can award prizes such as free spins, increasing the Chilli Multiplier and a random coin win. The Chilli multiplier multiplies all wins – something you’ll want to be aiming for on this slot.

Top those incredible bonus rounds off with a nice RTP of 96% and you’ve got a hot new slot game that will have you coming back for more. 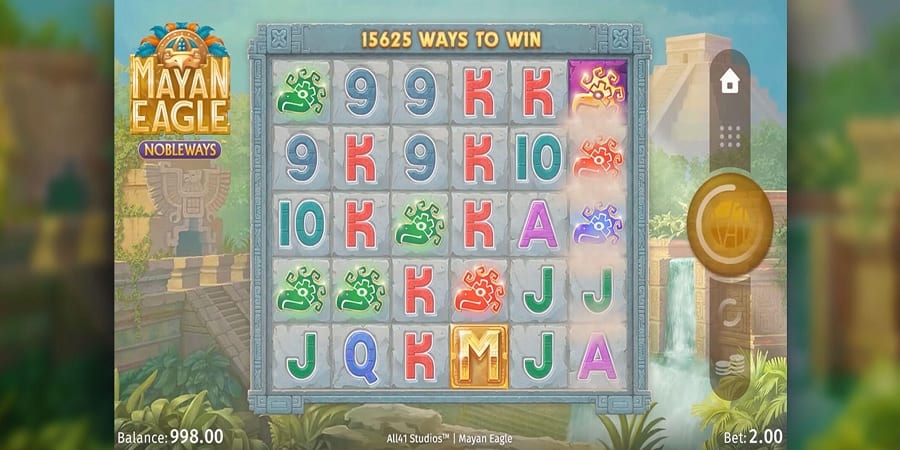 Are you ready to face the Mayan Eagle?…

That’s exactly what you’ll be doing in this Ancient Mayan themed slot from All41 and Microgaming. With 96.32% RTP and a 6×5 reel set up, you’d expect a huge amount of ways to win… And you wouldn't be disappointed. There’s a staggering 15,625 fixed pay lines thanks to the ‘Nobleways’ feature. Whew.

There are rolling reels, an unlimited multiplier, mystery Mayan masks and more. You’ll find 13,000x your stake is the jackpot – but this does come with the side of high volatility. 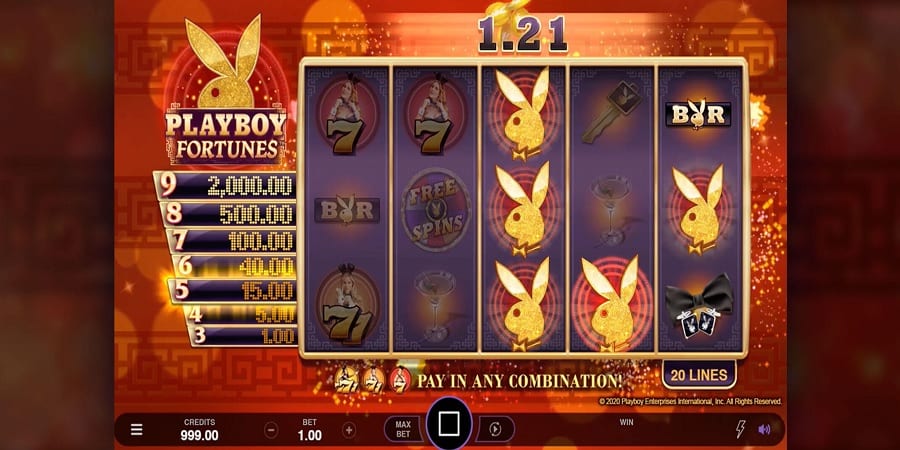 Releasing at the end of the month, this brand new slot from the geniuses Microgaming & Gameburger has one thing on its mind – being a ‘sexy' 5×3 reel slot.

We all know the Playboy Bunny logo, and you’ll be looking to hit that infamous logo on the reels with them representing the wilds. They also allow you to win the maximum payout of 750x your stake.

Speaking of payouts, there’s a nice 20 pay lines to play with here with bets ranging from 20p to £60. The scatter symbol can award between 10-30 free spins, helping you edge towards that big win. 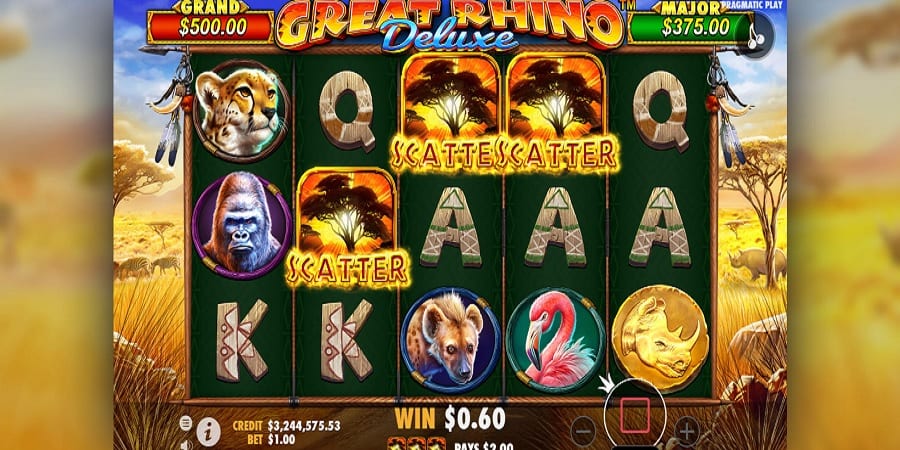 Pragmatic Play is back with the sequel to the awesome Great Rhino Slot, who’s up for another safari trip to look for one thing: big wins?

You’re going to find two jackpots up for grabs with this 5×3 slot. Whilst it may not be as jackpot jammed as other online slots out there, the simplicity on just having two of them allows for them to be nice and big. 500x your stake big. Nothing to snark at, eh?

Cheetahs, flamingos, crocodiles, hyenas and even gorillas await you on the reels, not forgetting the titular golden rhino which acts as the key to unlocking the grand payout if you can get all 15 slots filled with them.

The icing on the cake with this slot is the soothing and bouncy African style soundtrack accompanied by a nice Serengeti backdrop which transports you to the sun-drenched great plains of Africa. 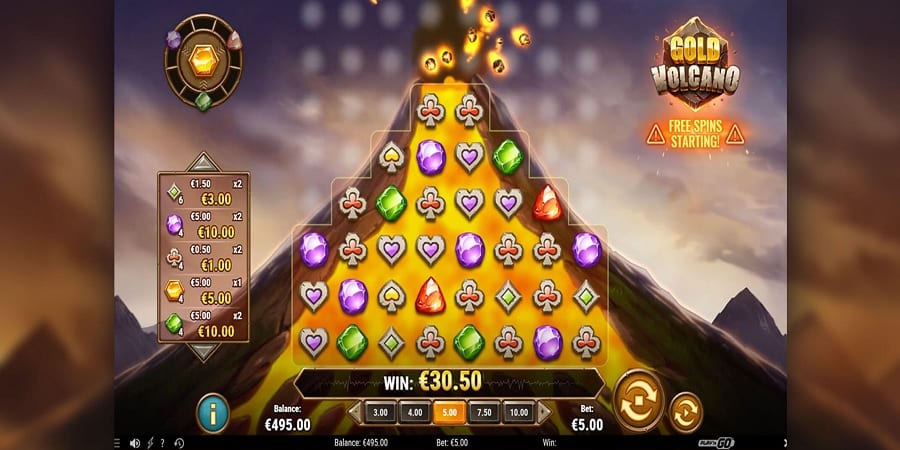 Gold and gems are spewing out of a volcano, ready for you to collect in this intriguing new online slot from Play‘n’Go.

The first thing you’ll notice is the fact it isn’t your typical 5×3 slot grid with reels. Its cluster pays wins style in a 6×6 grid. This 6×6 grid gets expanded into an 8×8 grid with the eruption feature, which also enables you to claim some free spins.

That’s not the only feature in this explosive slot – You’ve got the dormant feature which can trigger on any spin that doesn’t win and triggers ‘rumble’ which shuffles the symbols, ‘Lava’ which adds another layer of symbols and ‘excavate’ which throws 3 random wilds onto the play area.

On top of these, you’ve also got the ‘pressure’, ‘crystallisation’ and then the ‘eruption’ feature we mentioned above. That’s a whole lot of features!

Throw the fact you can win 10,000x your stake and the great 96% RTP and you’ve got a volcanic mix of slot fun.

So there’s our rundown of 5 of the newest slots for UK players. Check back soon here at Casimple for our next batch of great online slots for you to play.