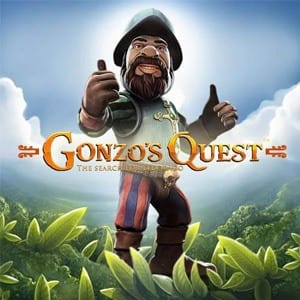 Becoming engrossed in the drama of the fantasy genre is great in any walk of life, but that’s especially true in gaming. While it may be possible to immerse yourself in a movie or television show, you don’t know what it means to truly become one with the universe you’re entering into unless you become the character. That sounds very philosophical, but it’s true, and it’s something that this sector of entertainment does so well - and does so in a consistent manner. 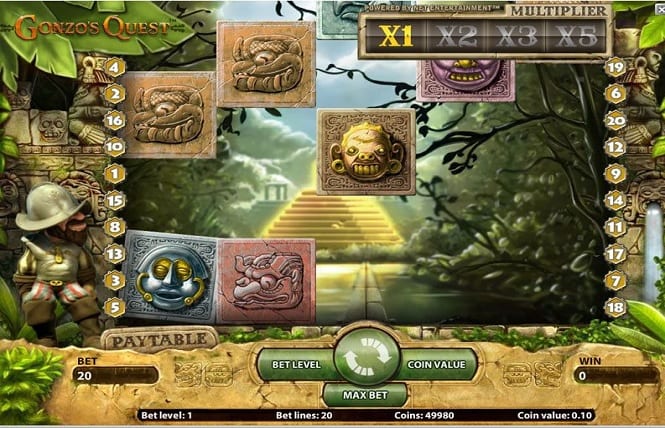 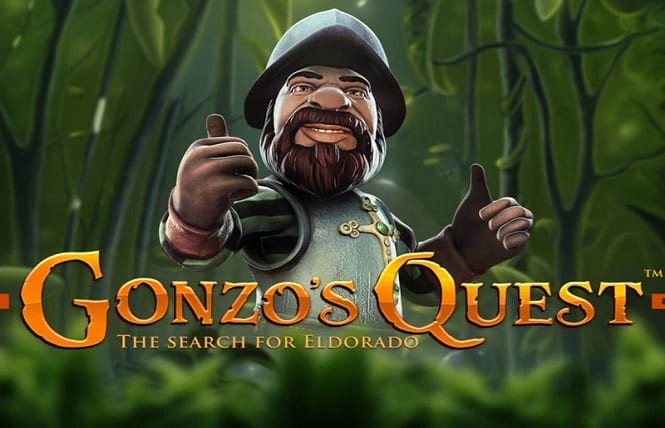 Today, we’re going to be taking a look at a slot that focuses on a very particular niche and sticks to it throughout, and that slot is Gonzo’s Quest.

This offering from NetEnt was released way back in 2011, and yet, it definitely feels quite ahead of its time in more ways than one.

Sometimes you have to tell a great story if you want to draw in your audience, and that’s what NetEnt attempts to do from the word go with Gonzo’s Quest. We start off with conquistador Gonzalo Pizarro as he makes his way through the Amazon jungle, all in the name of finding El Dorado aka the Lost City of Gold. You’ll soon notice that it has a Mayan theme, and given the fact that this is an Avalanche slot, it fits into place quite nicely.

The Avalanche feature means that the symbols fall into place individually, as opposed to being dropped down in the usual manner. It actually works really efficiently and doesn’t slow the tempo of the game down all too much, and with a 5×3 reel setup on the board, you’re able to really take in everything that is happening in front of you.

There are 20 paylines to enjoy, as listed on either side of the board, and there’s a whole lot to be won along the way.

The RTP can often be crucial to the long term success of any slot, if only because of the financial implications that come with it for those who want to know what they’re getting themselves into before they start playing.

For Gonzo’s Quest, there’s an RTP of around 95.97%. That lingers around the general average for most online slots, but it isn’t the sort of figure that is going to help it stand out above the pack. With medium-to-high volatility to go alongside that RTP, you may have to be patient if you want to try and hold on for the big winnings.

Punters are able to get their journey going with a minimum wage of 0.20, and the maximum doesn’t hit three figures with a maximum bet of 50. However, if you are lucky enough to work your way up to the top of the bonus features, you could walk away with 37,500x your initial stake.

The best thing about the design of this slot is that it’s just so charming. With Gonzo hanging on by the side of the board, just waiting for a big victory, it does feel like your actions mean something beyond just winning a few pennies. The graphics are fantastic with the animation being out of this world for a 2011 slot, and the soundtrack is quirky and upbeat – as if we’re backing the ultimate underdog story.

With the mountain looking on in the background, the design of the symbols keeps the positivity going with each symbol having its own tale to tell. They all have a different face carved into them with the light blue one having the lowest value, closely followed by pink, tan, purple, gold, green and the grey with a gold trim symbol.

Standard bonus features are all well and good, but Gonzo’s Quest is the first NetEnt slot to utlise the Avalance Reels feature with winning symbols being replaced by new ones to try and stack up even more wins. As time goes on the multiplier increases, and in the eventual Free Spins feature, your multiplier can reach upwards of 15x.

You’ll also want to keep one eye on the free fall scatter symbol, because when you get one on the first, second and third reels, you will enter into the Free Falls feature.

From this point on the multiplier rises even quicker with 10 free falls/spins being triggered, and from one to four Avalanches your multiplier goes up to 3x, 6x, 9x and 15x. There is, obviously, the standard wild too which takes the form of a question mark, which replaces all of the symbols on the board.

The jackpot isn’t progressive on this one, but we’d say you can still have a pretty good time.

Desktop slots are considered to be a thing of the past – in the exclusive sense, that is.

The next step seems to be catering to the mobile market, and it’s not exactly hard to see why. Gonzo’s Quest is an incredibly popular slot and needs to be recognised as such, and as far as NetEnt is concerned, we’d say they value what it brings to the table.

Not only is it compatible with iOS and Android devices, but there is also a virtual reality feature, too. So, if you ever wanted to quite literally walk a mile in Gonzo’s shoes, now is your chance.

There are decent winnings available, the design work is unbelievable and they’ve got a character that players can get behind. What’s not to love?

Gonzo’s Quest may not provide enough of a risk for the high rollers to really fill their boots, but we hardly think that aspect matters all too much.

This is a slot that beginners and veterans alike can enjoy, and that says it all.