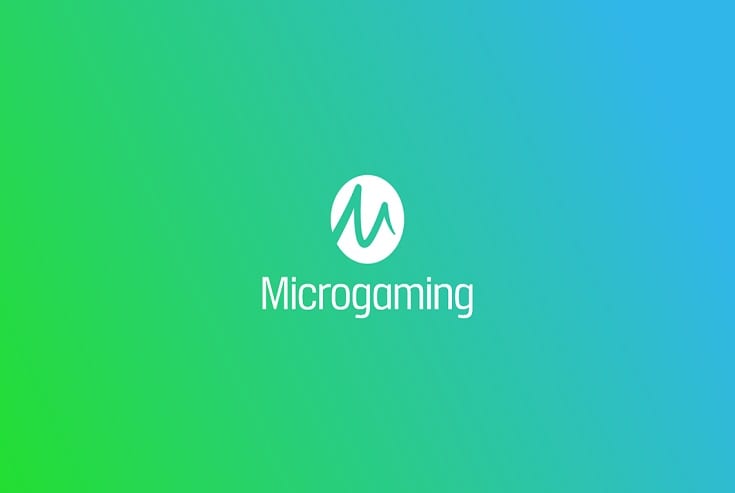 Having partnered with some great up and coming and well-known software developers to bring us punters the latest slot gaming experiences, This month see’s Microgaming bolster their impressive 800+ games roster with a range of themed slots.

The 5 titles they have released are:

Partnering up with Snowborn games, Miami glow is an 80s themed slot that was released on the 2nd of July with medium/high volatility.

Bringing the sun-drenched trends of one of the liveliest cities in America to the slots genre, You'll be thrown right into the action, being greeted with ultra-bright neon lights and a slice of the glamorous life. Vivid fluorescent symbols will be popping from the 5×3 reel setup – flamingoes, cocktails and pink diamonds helping you snag your own win among the 10 paylines.

Bonus wise, whilst there’s only one free spins offer, the other bonuses and special features more than make up for it. You’ve got a sticky wilds respin feature, The ‘Glow Bonus’ round which gives you the aforementioned free spin (Which also handily features stacking wilds to increase those chances of winning) and a multiplier feature which triggers during the respin and free spin rounds, applying a nice multiplier of up to x10 for all wins from that spin.

The 7th of July saw the release of the effort with All41 Studios. Brace yourself and get ready to face off against a worthy adversary in this intense high volatility slot.

As the name suggests this slot is Mayan themed and pits you against the Mayan gods. Utilizing the innovative ‘Nobleways’ feature, this new slot gives you a staggering 15,625 fixed paylines to win with! On top of that, you’ve got rolling reels enabling you to snag multiple consecutive chances to win every spin. As the game goes – high volatility, high reward!

You can snag up to 12 free spins and the free spin round starts with a double multiplier. With the rolling reels feature this increases 1x and this is actually an unlimited multiplier aswell, so you can just keep stacking it up if you’re lucky.

A great RTP of 96.32 and a maximum payout of 13,000x your original stake round this slot out to make for an interesting, intense and fun new slot game from Microgaming!

Just For The Win was the partner on this title released on the 14th of July, which takes you all the way back to Ancient Greece. Seeing you compete in the ancient Greek Olympics, you’re going to be competing for the bronze, silver or even gold medals and trying to seize your own slice of glory with hopefully the top payout of 10,000x your original stake.

A 5 Reel, 4 row set up awaits you, set on top of a roaring crowd egging you on in this slot version of the Olympics. The wild symbol is represented by the famous Olympic torch, and the bonus spins round gives you 5 free spins  with nudging wild stacks.

Then you’ve got the ‘Glory Spin’ feature, which gives you a 10x multiplier on any wins that round and a total of 3 jackpot totals – represented by the medals from the Olympics. The bronze, silver and gold medals give you 20x, 100x and 10,000x your stake respectively.

This is another exciting high volatility game with 96.10% RTP – one we’re certainly looking forward to playing.

A partnership with Gold Coin Studios will transport you back to the majestic period of the biggest British legends – the legendary King Arthur – in this slot. Expect a slot crammed full of special features and awesome bonuses, the biggest names in British medieval folklore and spectacular animations & graphics.

Taking place in a vault brimming with gold coins representing Arthurs treasury from his epic quests, a sword and shield symbol represents the wild symbol whilst the scatter symbol is Arthurs own treasure chest. This scatter symbol activates the spins round, which has 10 free ones up for grabs.

In terms of special bonus rounds and features, you’ve got a double up feature which could see you doubling your winnings with the correct guess of a coin flip and ‘Arthurs Gold’  jackpot which can give you the top payout of up to 4000x.

To top of the slew of great new releases from Microgaming, we have the last July release on the 21st with Diamond Inferno. Collaborating with Triple Edge Studios, we’re taken to the blazing depths and tasked with diamonds on a journey out of this fiery pit.

With an RTP in the same arena as the other titles – 96.19% – this slot changes things up from the normal, boring layout you’re used to seeing with 2 reels on top of each other! You’ll be playing with either 3 or 6 rows and 5 reels and the paylines change between 20 or 50.

Big payouts await you as well with up to 11,750x your original stake as the top payout and some interesting special features. Every win you get will expand the rows, with each added row giving you an extra 10 paylines – giving you up to the maximum of 50.

Managing to land the diamond scatter symbol will net you up to 20x your original stake. Whilst you won’t be able to get any free spins you get a respin after every winning combination.

Whew! What a great line up of games being dropped – more than enough to keep any slot game fanatic busy! Don't forget to have a look at our Microgaming casinos to play on these new games on.