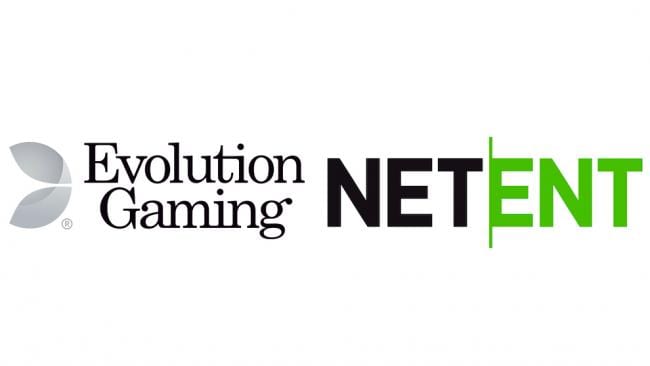 Notoriously known live casino company Evolution Gaming has been accepted for an offer to takeover NetEnt branding for a deal worth $2 billion. This deal comes as new news, since many have been speculating of such rumours, across several different media outlets. This past wednesday pretty much confirmed everything and finalised what we thought we knew.

Of course due to the gaming markets of each brand coming from different regions, it does bring multiple possible rising issues to ensure correct management. Yet, the chairman of Evolution Gaming had every bit of confidence once interviewed for the move, that it will be a huge success in the long run and a great way to merge two successful markets together.

He quotes that NetEnt’s established US market recognition is an excellent marketing strategy that will put both Evolution Gaming and NetEnt into a ‘favourable position within the gaming industry’. It is the perfect opportunity now to capitalise the regulations of gambling that are very slowly becoming less restricted and easing off. Von Bahr believes that a long term outlook will look great from a financial aspect in the coming next few years.

Before the deal closed, the shareholders of NetEnt were continuously suggested to take the offer and it was by no means a fast and easy deal, as spokespersons for the deal would suggest. It is believed the deal has allowed 0.1306 shares in Evolution Gaming for each NetEnt share owned. Meaning the combination of Evolutions live casino shares combined with NetEnts online slots shares, will take over significant shares in the market overall and ‘very strategically sound’.

The deal is also believed to have no significant impact on current employment status of NetEnt’s employees and workforce. The takeover is said to be a smooth transition from one to another with not many complexities along the way.

NetEnt has been in the US market within New Jersey, since 201, meaning their current holding and understanding of the market will be surprisingly vast and knowledgeable. According to NetEnt, their popular online slots that have impacted the world globally, like Starburst, Guns and Roses etc, really does give them a good respected reputation within the US. Meaning Evolution Gaming will immediately build up from very strong existing foundations within the US. NetEnt has been expanding within the US for several years now and now more than ever is a prime position for their reputation. Evolution picked an excellent time to build bridges within the US gaming industry.

Evolution's best titles at the moment within the industry, include their Baccarat, Blackjack, Roulette and Poker variants. It is exciting to think how Evolution Gaming will actually spice up NetEnt’s live casino gaming portfolio in the coming years.

NetEnt’s employees globally stand at around 1100 and their headquarters are based around Europe and New Jersey. Evolution Gaming however, is based around Riga, Latvia, UK, Canada and other European locations. It is obvious to see that such expansions will really make Evolution Gaming unstoppable in the near coming future.