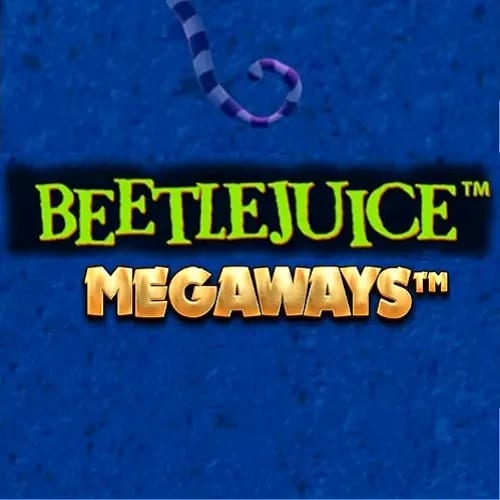 Back in 1988 a film named Beetlejuice was released and went on to be a real blockbuster hit. Many years later, Beetlejuice is back with us and he is now the main star of a slot game that has been put together by Barcrest Gaming with the Megaways license attached. 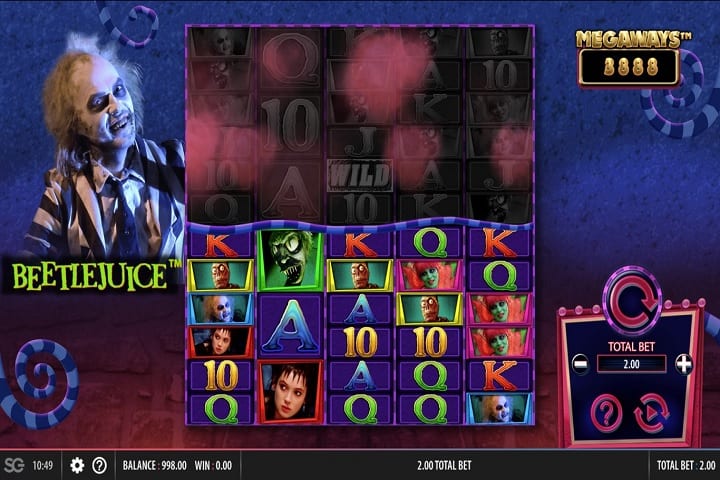 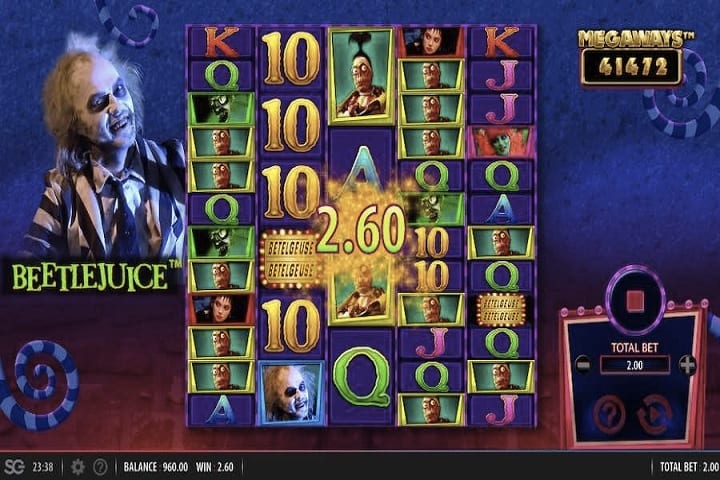 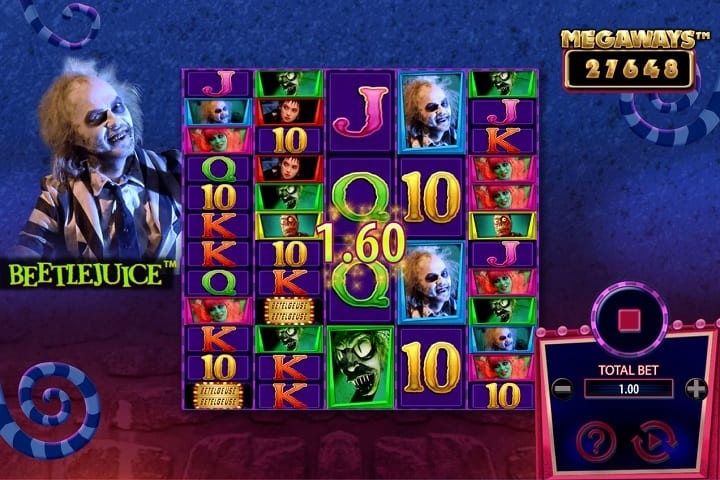 The game is slightly different from what you may see on other Megaways slots, but in a good way, this makes it bigger and better. With a big star name fronting the slot too, this is a recipe for success and a big hit in the casino world.

We have a full review of the Beetlejuice Megaways slot below for anyone thinking of getting involved and playing this one.

This game has been developed by Barcrest Gaming, with a license from Big Time Gaming to use the Megaways functionality that is available. These two are no strangers to each other, they teamed up to provide us with Rainbow Riches Megaways, one of the biggest Megaways titles we have seen.

Due to that, expectations are certainly high here!

The reel layout is 5×6 on this game, which makes it slightly different from the standard Megaways formation. The upper half of the slot is covered during a normal spin, so you can get 2 to 6 symbols per reel here. When you win, the curtain is taken down offering 4 to 12 symbols per reel.

The Megaways slots are known for offering wild amounts of ways to win and fantastic gameplay. This slot game offers exactly that, and more, something that will surely make it popular.

The game RTP% here is 96.00%, which is above average and great to see. The Megaways games are known for offering many ways to win, this slot also offers a good RTP on top of that.

Characters from the movie are the symbols on show alongside the base royals but it is the characters that offer the best payout, so look out for these, with Beetlejuice being the best of them.

As you would expect with a game that has the Megaways functionality in place, some features will give you enhanced chances of winning and we will talk more about these later in the review.

The film Beetlejuice is a dark film, with strange characters and ghosts so we were never going to have a fun, bright game to play here, this slot follows the mood of the film brilliantly.

The symbols play a part in that, we have symbols based on the characters of the game alongside royal symbols.

However, there are specific ones that you need to keep your eye out for. Blueprint Gaming are known for having special symbols in their games, and with Beetlejuice, the special symbol they have chosen is the Mystery Ghost symbol.

This is something that appears randomly and when it comes you will see ghost symbols fall onto the reels, with three or more of them, and they all then transform into matching symbols to give you a great chance of winning.

Another important point to note is that the reels are cascading on this slot, so if you have a winning line then make sure you lookout for the symbols which replace it, you could win again!

The bonus game on offer here involves free spins and to make this extra special it comes with an unlimited win multiplier. To get onto this bonus game, you need to find the scatter symbol three times across the reels.

The symbol is something easy to remember for fans of the film, the Beetlejuice name. Three scatters gains eight free spins, four gains 12 and five gains 16. More are at stake during the bonus round too, if you land on the scatters again.

The win multiplier is unlimited on this feature, something we see in many of the Megaways slot games that are available. This starts at 1 and then increases by one unit every time you spin. With no maximum value attached to this, you could find yourself in a situation where you have a huge multiplier if you keep winning free spins during the game.

Great news for those who play their favourite slot games on mobile, this is a game you can play on that device. Barcrest Gaming have ensured that this game is available for play on mobile devices, tablets and on desktop, regardless of how you play the game, you will get to see everything you need.

With more and more people turning to mobile gaming, it is no surprise to see titles such as this one available for players who use that platform to play on. This ensures that the game can be as popular as expected, with everyone able to log on and play.

With the popularity of the Beetlejuice movie, this game has a head start because there will be many players who give this a go because of the film. However, when they do give it a go, what they are going to find is an excellent slot game that is based on the popular film.

The game has many features, but the top of the list is certainly the free spins feature, where big wins are possible thanks to the multiplier on offer.

Anyone who is a film fan and looking for a slot game they recognise should give this one a go. It is slightly different from the standard Megaways offering, though the only difference is that this game is bigger than the standard, with more ways to win.