O’Reels Casino is one based out of Malta, and it holds a gambling license from the island nation as well as one from the UK Gambling Commission as well. This makes it a very trustworthy online casino, and it is one that has plenty to offer to all of its customers.

The site is Irish themed, and it sticks with this theme through all of its luck-based games. Each of these games comes from some giants in the game production world, including names such as Microgaming, NextGen Gaming and Extreme Live Gaming as well.

Malta and the UK Gambling Commission

The game selection at O’Reels is fairly extensive, and so there is bound to be something that will catch your eye. There are slot games which come with some massive jackpots, and of course, there are also some table games that will give you a chance to feel like you are at the casino.

On top of that, there is even more immersion to be felt in all of the live games on offer, as well as some virtual sports offerings as well. O’Reels certainly has a wide variety of games that makes this site one of the most entertaining online casinos on the market.

When it comes to slot machines, you are spoiled for choice at O’Reels. There are some absolute classics, as well as some newer options for those that want to try something a little bit different.

Some of the classic fan favourites include titles such as Starburst, Gonzo’s Quest and Fishin’ Frenzy, as well as others including Monopoly Megaways, Thunder Struck 2 and Finn & The Swirly Spin.

If you want to really win big, however, you will want to check out the jackpot slots that are on offer at O’Reels. These games present rolling jackpots that keep getting bigger until somebody wins it, and so they are a great opportunity to win some massive prizes. Titles in this genre include ones such as Piggy pay-out Jackpot, Leprechaun Goes To Hell and Dolphin Gold Stellar Jackpots.

If table and card games are more your scene then you are in luck, because O’Reels has not forgotten about you either. There are some casino classics on offer, as well as some new takes on some old favourites.

There are options for fans of roulette, and these come in the form of titles such as 3D European Roulette for a very unique experience, as well as Double Zero Roulette and Roulette Masters.

If you are a blackjack fan, there are options to play such as Blackjack Pro Monte Carlo Single Hand, as well as European Blackjack as well. Other table games include ones such as Craps, Odd one In and there are some poker games that you can play as well if you like.

When it comes to immersion, there really is nothing better than a live casino game. These come in the form of different table games, and they allow you to get a really realistic online casino experience which will still allow you to win big.

There are live casino options for everyone, such as live blackjack and various live versions of roulette, such as Auto Roulette and Immersive Roulette. Each of the live games is hosted by a real dealer or croupier, and it can make for some very enjoyable online casino playing.

There are also lots of other games that you can play at O’Reels, and these come in the form of their V-Sport category. These range from titles such as Rush Dogs Go, as well as others such as Virtual Greyhounds and Flying Pigs.

Other games in this category include titles such as Beehive Bedlam Reactors, Dream Catcher, as well as Virtual Tennis and Turning Totems.

This means that the website is held to some of the strictest standards in the gambling industry, and so you can be sure that you will have a fair and fun time on the site. Not only that but you will also be able to have a safe time thanks to the SSL encryption in place, keeping all of your sensitive information away from prying eyes.

When it comes to payment methods, O’Reels has plenty to offer to its customers. There are some more traditional payment methods that you can use, as well as some less traditional options that are becoming more and more popular as time goes on.

You will be able to use classic payment methods such as Visa and PayPal if you like, as well as other options such as Trustly and Much Better. You can even use the Pay via Phone option if you like, and Paysafe is on there as well.

As with all online casinos, the payout speed will depend on the payment method that you use to withdraw your funds. For some methods, it will be as little as 3 days, but for others, it may be as long as 5-7 days. 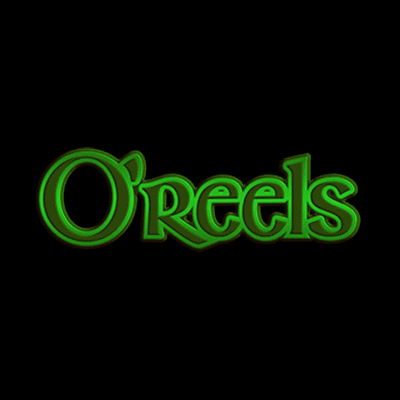 The greatest slots O’Reels has to offer!

When it comes to promotions, O’Reels does not fall short. There are plenty on offer, and they cater to both new players and veterans of the website as well, so everyone can make the most of what they have to offer.

There is a decent welcome bonus on offer, and this comes in the form of up to 55 free spins that can be used on a variety of different games. There are also other bonuses that you can take advantage of, such as yearly events as well as cashback weekends where you can make the most out of your losses with some extra funds.

O’Reels website is a very easy one to use, and it also looks great which adds to the overall experience of the online casino. The site uses a dark background, which means all of the menus and games stand out for easy access. You will find the join and login buttons at the top right-hand corner of the screen, and it is easy to head back home by clicking on the logo too.

There is a decent customer support team in place to help with all of your O’Reels casino questions and queries. They are reachable via a variety of different contact methods, and so it is really easy to get all of the answers you need, fast.

You can head over the handy FAQ page, which is where you will find some of the most popular questions about the site with in-depth answers to help you out. Alternatively, you can also talk to the team via the live chat function. This is a great way to communicate with the customer support team as it will allow you to get all of the help that you need without leaving the website. Alternatively, you can submit a simple contact us form on their contact page, and this is ideal for less urgent issues.

The games are split into some handy categories, which makes it very easy to find the ones that you want to play and to come across some new favourites as well. You will find categories such as new and featured, which will give you instant access to some of the hottest games of the moment.

There are more handy buttons to click down at the bottom of the screen, and this is where you will be able to find some very useful information about pay-outs and their customer support and FAQ areas.

Overall O’Reels is a very good choice for anyone that is looking for a new online casino to try, as there is a wide variety of games spanning plenty of different categories. All of the games are bought to you by some of the biggest names in the industry, and so you can be sure that you will have both a fun and fair time playing all of the games on offer at O‘Reels casino.