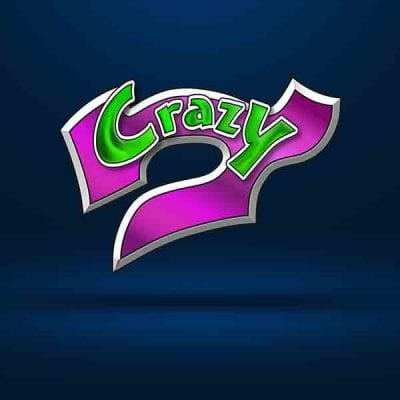 Sometimes in the slots world, simplicity and getting straight to the point really is all you need to have a good time - and that’s never been more evident than with Playtech’s Crazy 7 extravaganza. Everyone seems to be searching for the big money payouts with slot games and while that may be the case more often than not, it’s important to get back to the roots of what it means to enjoy and embrace the grind. Everyone associates the famous number seven with the world of sinning, but in contrast to that, it can also serve as a lucky fortune for those who dare to try and land themselves some extra cash. They call this game ‘crazy’, and while it may not live up to that by complexity, the fact that a round of attempts are over before you know it allows for some fast-paced play. 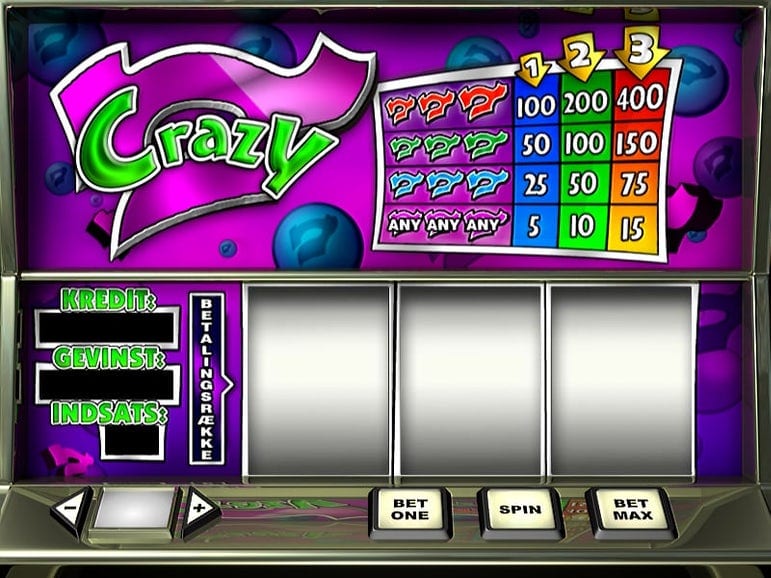 With the paytable being there for all to see, it’s easy to be drawn into the pressure of watching the figures in the hope that something will change in the blink of an eye. In reality, though, it’s all about just going for it.

There are three spinning reels with a single playline right through the middle of them, and as it’s more of an old school game, it can land in between the ‘7’ symbols – perhaps serving as an added source of frustration for some.

You’ve got to try and land the winning combinations to get the payout, and long story short, that’s how the cookie crumbles. You’re able to bet one, two or three coins on the next spin simply by clicking Bet One, or by using the Bet Max shortcut to really go all in. Then, just click the Spin button, and wait to see if you find a winning combination. There’s a specific cash prize for each of the colour-coded combos, which is then added to your personal credit for as long as you decide to play.

You can increase the coin value in the bottom left-hand corner, too, depending on how daring you’re feeling.

While it may not provide the kind of Hollywood glitz and glamour that we see in more modern incarnations of classic games, the unique shape of the ‘7’ is an iconic image for players all across the globe. The three core colours on display are simple: blue, green and red, with purple thrown into a very ‘out there’ background in the outskirts leading us to believe that Playtech were big fans of The Riddler.

A combination of any of the three colours can give you as much as a £15 payout from a £3 stake if the line cuts through all three, but the further up you go, the more profitable it can be. Blue is the lowest earner of the three closely followed by green, but when you get to red, the game changes and the possible earnings increase substantially with the potential of winning more than 133x what you’re putting down on the table.

Courtesy of the simple layout and manoeuvrability on display, there are no real bonus games to be found. The jackpots are self-explanatory from the moment you log on and start the process of playing, but beyond that, there isn’t too much to digest.

Spin-offs of the game are bound to pop up here and there from other developers, but you never forget your first love. Some beginners won’t want to stretch themselves too far outside the realms of what they know, and if that’s the case, Crazy 7 is a great starting point for them.

It’s not so much about challenging the mind and pushing yourself to do better, but instead, it comes down to the luck of the draw.

From a purely logistical standpoint, this is the kind of game that feels like a natural PC classic. When put into the interpreted world of apps and mobile compatibility, it starts to lose some of its true essences. Sure, it works well enough in portrait mode and it’s quick to pass the time with, but it’s barer than the original and gives off more of a stripped-back vibe.

Updating the shoddy elements and introducing new features could’ve been the right way to go, but if you aren’t interested in the fuss and noise behind playing on a casino on mobile, this will still be the right game for you.

Clunky and slow with an outdated soundtrack could be one of the harsher ways to describe Crazy 7, and yet it doesn’t seem right to associate this classic with such labels. It never claims to be bigger or better than it actually is, and instead, it serves as the throwback to a different time that we all need to from time to time.

Plus, for the aforementioned newbies, it’s the kind of stepping stone that gives them the freedom to explore new horizons. Slot games can be a way to kill a few minutes, or they can be a genuinely safe form of entertainment that gives players the competitive drive to succeed and thrive under new and intriguing premises.

Crazy 7 flings the door wide open and invites in both young and old to experience that sensation. For some, sensation may not be the right term at all, but for the majority, it’s near enough impossible to see this as an unnecessary addition to this genre.

We’ve alluded to some of the problematic issues on mobile but in truth, we can all see this game for what it really is – an old treasure that knows its place, and that’s a good thing.

If you want to dive in at the deep end then be our guest and climb further up the ladder, but if it is an entry point into this weird and wonderful universe that you desire, take the not so chaotic leap of faith that Crazy 7 can provide.