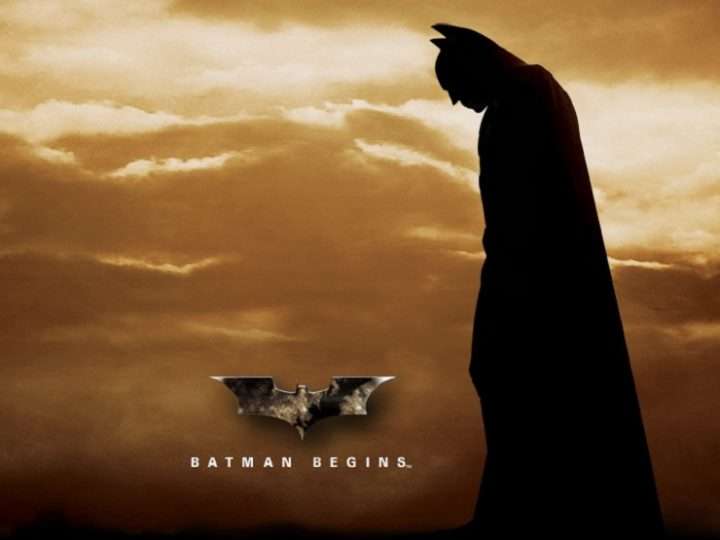 The world of comic books is as expansive as it is complicated, and it feels like every single day provides us with a new superhero to cheer for or a new supervillain to despise. The adaptation of these comic book stars often leads to a string of spin-offs in many other forms of entertainment, ranging from television and film to video games. Today, we’re going to be taking a look at the journey taken by Playtech, as they made an attempt at creating a slot game based on the famous Batman Begins movie. The 2005 classic is widely considered to be one of the most influential films of the noughties, but could Playtech succeed in giving it a successful transition into the slots? 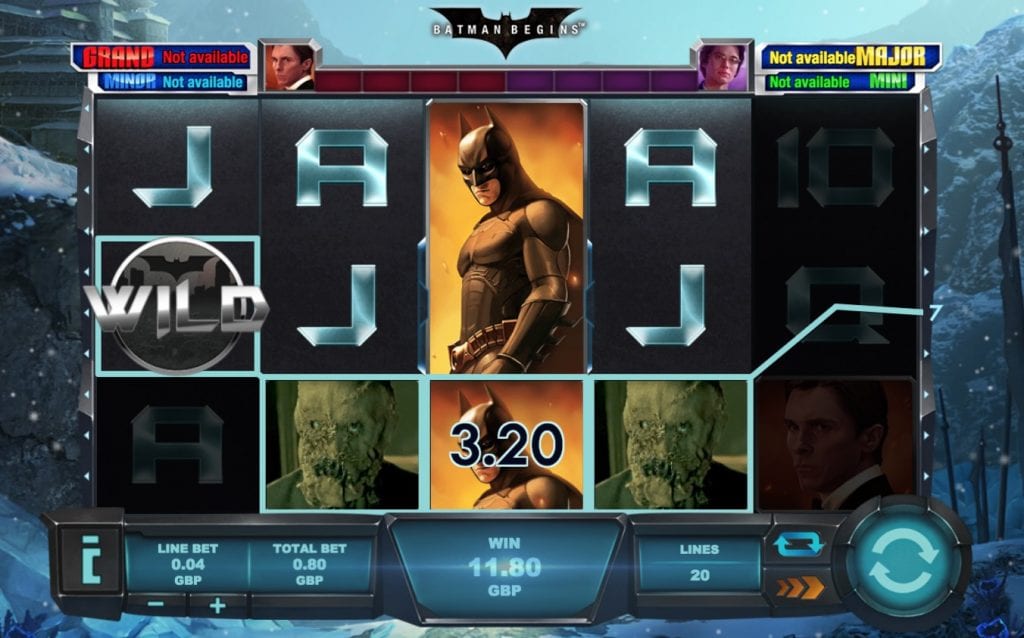 For Batman Begins, we had 15 years into the past in order to explore the dark and dangerous Gotham City and everything that surrounds it. The aim of the game is to save the city from the potential horrors that could be unleashed upon it by none other than the League of Shadows, which is an organisation that every Batman fan will be somewhat familiar with.

The setting varies depending on the scenario you find yourself in, but this latest offering from the DC universe is bound to please both diehards and casual fans alike.

The 5×3 reel fits in with the standard operations that we see on the majority of slots these days, although the layout feels like ‘pushed down’ and rectangular, which we can only assume was done in order to flesh out some of the characters.

There are 20 paylines to play with in this game, but trust us when we tell you that there is far more to the story than that.

The RTP isn’t going to serve as the most game-changing of elements in this slot, with the somewhat disputed figure coming in at between 95.03% and 95.11%. One can be forgiven for feeling as if the developers have been playing it safe, especially when you consider the fact that it is known for having medium volatility – which isn’t really going to sway punters one way or another unless you’re looking for a particularly steady ride.

If you want to start your experience off in a conservative manner, you can begin with a minimum stake of around 0.20. From that point on, you can keep the ball rolling until you reach a mouth-watering maximum of 200.

Getting lucky is something that escapes many of us in slots, but those that do strike gold could end up bringing home 1,000x their initial stake.

While the actual gameplay of the slot itself is smooth, and perhaps even a bit too fast, it’s just a bit too plain from a visual standpoint. The background setting works against the lifelike shots we see of the characters from the film, with one of the only true appeals being the dramatic music which is used to heighten the tension – and even that is a bit hit and miss.

The usual playcards feature in this slot, including 9, 10, J, Q, K and A. The real main event stars, though, are the characters from Batman Begins – such as Commissioner Gordon, Bruce Wayne, Scarecrow, Ra’s al Ghul, Ducard, Dr. Crane and the one and only Batman.

In terms of the slot bonuses – especially the bonus games, Batman Begins thrives in going above and beyond in the name of giving the customer the sort of thrill they’re looking for. There are three wild symbols to enjoy – a regular wild, which is the silhouette of Gotham City with the Batman logo, an expanded wild and a special wild. These wilds substitute themselves for all other symbols to provide players with the best winning combinations, with the special wild changing depending on the stage you’re at (Petrol, Flower, Batmobile, Bat Signal, Microwave).

The slot itself comes in five stages, with each stage taking you to a different venue that makes up the historic Batman Begins movie and everything that comes with it. There are two meters above the reel in each stage, and once you fill any given meter, you will be taken to one of the next stages.

The Temple – This is where you start off, and it’s also where you can be taken upon landing on one of Ra’s al Ghul’s symbols on the hotspot. Here, flower wilds spread diagonally over the reels.

Wayne Manor – You can access the Manor when filling the meter in either The Temple or The Batcave. Here, you will get petrol wilds that duplicate in adjacent symbols across the reels.

The Batcave – Getting Dr. Crane symbols in The Temple or Arkham Asylum stages will take you here, and from that point, Batmobile wilds will grant you respins when they appear on the reels.

The Arkham Asylum – If you get the Scarecrow symbols on the hotspot in Wayne Manor or The Monorail, you’ll be taken to the dreaded Asylum. From here, the Bat Signal wilds will add multipliers of up to 50x to the combinations that you win across the reels.

The Monorail – Gordon symbols on the hotspot in the Manor, Batcave or Asylum bring you to the one and only Monorail. This is where microwave wilds can duplicate the highest paying symbol.

Everyone loves a good progressive jackpot, and as such, punters will be overjoyed to hear that Batman Begins has four on the table: Mini, Minor, Major and Grand, with the latter potentially raking in some seriously big cash.

The modern era slot lovers out there will be happy to hear that Batman Begins has been made compatible to play on iOs and Android platforms by Playtech, as the expansion of mobile slot gaming continues into 2020 and beyond.

Batman Begins may not be volatile enough for some and the layout might feel rushed, but nobody can deny that this is an impressive slot.

A lot of work has gone into creating an authentic experience for Batman fans, and while the RTP isn’t going to cause a shockwave, progressive jackpots and fun bonus features will ensure that this slot sticks around for a long, long time.