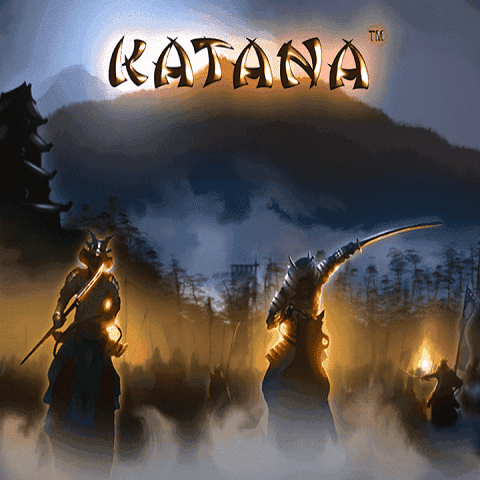 While we all feel as if we could become warriors or soldiers if we were called upon to do so, nobody ever really knows for sure unless they’ve been face to face with danger. Sure, it’s nice to think that we could transform into the ultimate samurai if our lives depended on it, but the bottom line is that some of us just aren’t about that life. Today, we’re going to take a look at a slot that focuses in on the one weapon you need to really take that step up to the next level: the Katana. 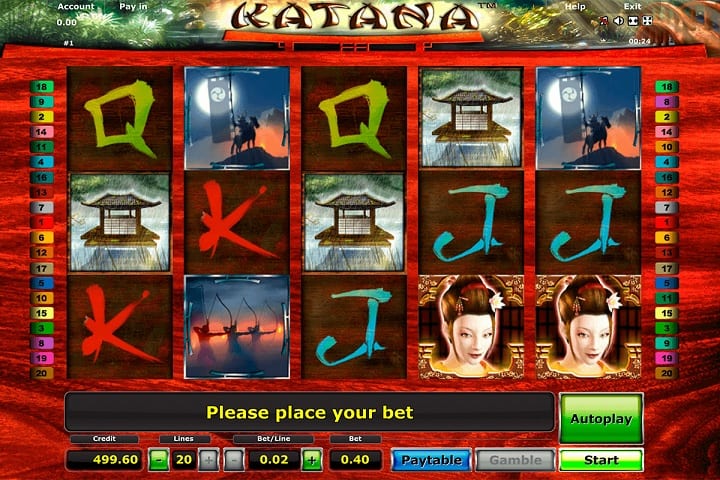 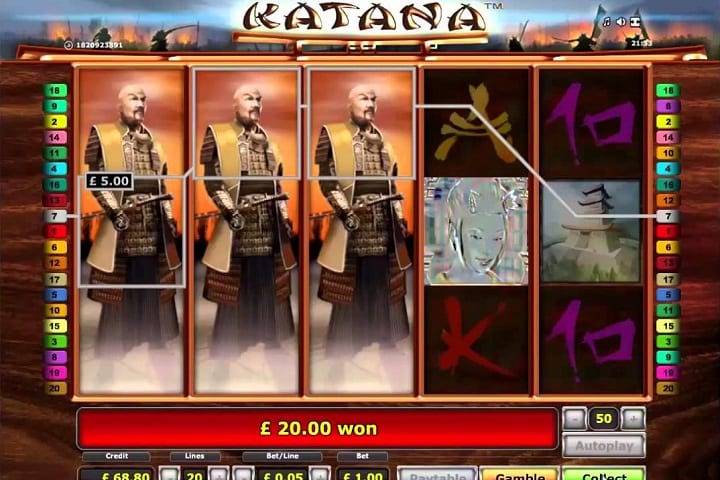 The mighty Shogun sits at the heart of this story as we investigate a truly intriguing slots game. We see people waging war in the background, and in the foreground, it’s time to get stuck in. While the name of the game might be to match symbols and win as much money as you possibly can, learning about the nitty-gritty nature of this specific part of history is equally as fascinating.

The slot sticks to the status quo when it comes to the layout of 5×3, not taking away any focus from the design – although, outside of the actual symbols themselves, there’s not too much to scream and shout about here.

As we follow the emperor in his push for power, we do so with a 20-payline base game. The lines are clearly made visible on either side of the board, in what is actually quite a distracting visual.

Nobody is going to put a gun to your head and force you to check out the RTP, but this is the kind of figure that can be really valuable. It gives players an idea of what they’re getting themselves into and what kind of financial rewards could be on offer for them. Katana seems to have a few reported figures, but the most popular is 95.02% – which places it directly in the ‘middle of the park’ category at around the standard industry average. One thing that does stand out, though, is the medium-to-high volatility, which should ensure a few tasty wins if you’re willing to be patient.

The minimum stake you can put down for the 20 paylines is 0.40, and if you’re feeling confident, you could stretch that all the way up to a maximum of 100.

If you manage to secure five Shogun symbols, you’ll be fortunate enough to take home a tasty 5,000 coins.

One thing this slot really does succeed in is heightening the tension. While we don’t all enjoy the drama and stress associated with a good slot game, Katana forces us into a position where we have to be okay with it – or face the consequences.

The animation and design work on the actual symbols is great, but the exterior could use some work given how much you can do with this kind of subject.

The often dull playcards are given something of a facelift in this slot, with everything from 10 through to A being done in a really slick Japanese font. From that point on they go down the route of themed symbols, and we’re certainly grateful for it.

The higher value symbols take the form of a samurai battlefield, temple in the mountains, a geisha and, of course, the one and only Shogun – with the latter playing an important role in the bonus section.

Nobody goes onto a slot site knowing whether or not they’re going to have a good time, but if they hear that the slot features some interesting bonuses, they’re much more likely to invest in the process. You’d think that Katana would sell itself based on the source material, but even Novomatic understands that you need an extra hook.

The aforementioned Shogun is the wild symbol in the game, substituting itself for any and all other slots aside from one – the scatter, which is the Katana sword.

The first of the bonus features we’ll be discussing is the main one – the Free Spins feature. If you want to activate this bad boy then you’ll first have to obtain three Katana sword symbols on the reels, leading to you receiving 10 free spins. Beyond this, you could see some expanding wilds pop up on the reels, and if the Shogun symbol does appear, it could really improve your overall winnings in a big way depending on how far he gets through the reel. Even more free spins can also be won if you find another three swords, as tends to be the case with most of Novomatic’s efforts.

There is also a fun Gamble feature, but that’s entirely optional for the player in question. This is for the high rollers out there who believe in high risk, high reward, because you could either lose it all or walk away with double your winnings.

The jackpot isn’t progressive, but that’s to be expected given what else is up for grabs.

While there are some negatives you could point towards with Novomatic, they do put a decent focus on ensuring their slots translate well to all platforms. In addition to the good old fashioned desktop, Katana is compatible with the tablet as well as iOS and Android devices on the mobile.

Katana has an awful lot of potential, but ultimately, it just falls short of being deemed an elite-level slot for us. The graphics are there for all to see and the potential winnings are solid, but they could’ve gone a bit further with the bonus features and the actual design work of the base game.

This is always going to be the kind of slot that we’d recommend as a potential one-off play, but it might be difficult to convince the masses that they should make it a permanent part of their slot routine.