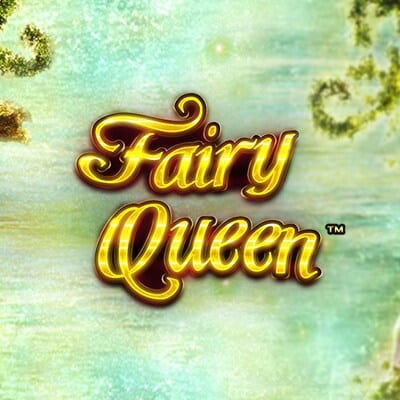 It’s always important that you don’t judge a book by its cover, because you never truly know what mysteries could be lying beneath. Whether it be based on the name or the initial appearance, there’s always more to unravel or a deeper story to tell. This is universally true in pretty much every walk of life, and that even boils down to something that actually seems, in the grand scheme of things, pretty meaningless - and that’s slot gaming. 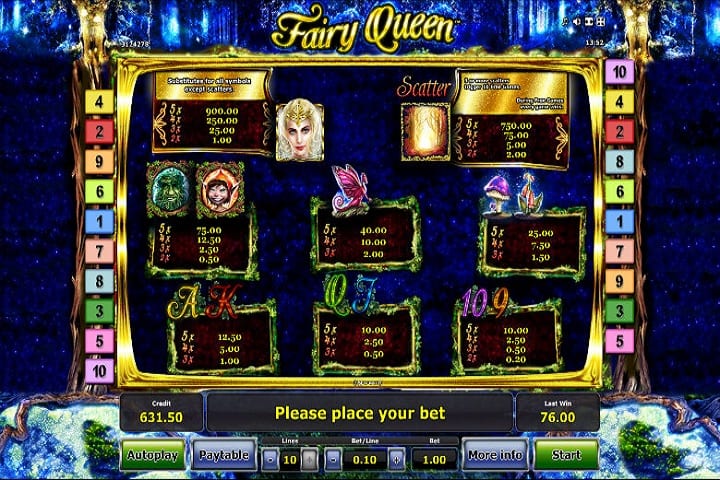 Slots that sound boring or tacky may end up being the best thing you’ve ever played, whereas the ones that have been hyped up the most – and for the longest period of the time – can occasionally let us down in a big way.

Today, we want to take a look at the seemingly innocent Fairy Queen by Novomatic in order to dig a little further and work out what kind of reality this slot entails.

The Fairy Queen is more than happy to welcome you all into the Fairy Hollow, as you attempt to win prizes and earn the luxury cash rewards. The thing is, when most of us think of the word fairy, we tend to avoid darkness and despair in favour of actual flying fairies and, more often than not, the colour pink. That isn’t the way it should be, but that just seems to be how stereotypes work.

It’s all about trying to track down that elusive Queen, acting as if she’s the golden snitch of the slot world. The game itself isn’t overly complex, but again, there’s more than first meets the eye.

Novomatic decides to work under the standard 5×3 reel that the majority of providers focus on for their core slots, and within the context of the theming, it actually works pretty effectively. The paylines are simple and to the point: there are 10 to work with, and there’s plenty of money to be won – so buckle up.

With big money being on offer every which way you turn, it’s hardly surprising to learn that the RTP may not be as beneficial on this slot as it would be on others. Even with that being said, though, an RTP of 95.09% ensures that Fairy Queen just about manages to edge over into the ‘standard’ category, which isn’t the worst place to be. It’s also a highly volatile slot, meaning that while you may not win often, it’ll be more than worth your while when you do.

Punters can kick start their slow and steady ride to the top with a minimum wage of around 0.40, and that can be increased as time goes on until you hit a maximum of 100.

If you’ve been waiting all this time to find out what could be in store for you if you manage to find the big prize, then here’s the answer: 9,000,000 coins.

The actual sound of the reel speeding through during the gameplay doesn’t really scream ‘fairies’ to us, but the sound effects that appear around some of the symbols work well enough in association with the theming. The backdrop is nicely designed and does make us feel like we’ve been transported to Hogwarts, which is absolutely a compliment, but visually, it’s hit and miss when you take in the finished product as a whole.

In regards to the symbols themselves, it’s all about focusing on finding some of the fairies’ favourite things – once we get past the usual playcards. We’ve got some flowers, mushrooms, butterfly dragons, pixies and tree men, all of whom have a big role to play in the slot.

Bonus features are all about waiting for your time to pounce, but with Fairy Queen, it genuinely feels like you’re working your way up to the final boss in Tekken. It is the definition of relentless pursuit, with the WIld Fairy Queen dipping, weaving and moving in and out to try and avoid every single player in her path.

If you want to try and activate the Fairy Queen feature, best known as the free spins feature, you have to acquire three or more Portal of light scatter symbols on the reels. That’ll then lead to you being given 10 free spins, and because it can be so rare that you even get to this stage, you’re guaranteed some kind of win in every single spin you take. A special symbol is then chosen to be placed at the heart of reel one and reel two, and it will sometimes take on the role of being an expanded symbol. Unfortunately, because of the money involved, the provider didn’t really feel the need to go beyond this with the bonus features.

The big money jackpot has already been listed, and from that, the high rollers shouldn’t need much more convincing that this is going to be a journey they’ll never forget.

Some of these modern slots focus most of their attention on attempting to make the game come alive in ways that we previously would’ve considered unthinkable. They want to make the biggest and best product for their customers because they know just how competitive this market is getting.

FQ is a mobile-compatible game with both iOs and Android devices, and in our mind, that’s always the way it should be.

There’s going to be lag from time to time, but again, that can be prevalent in a lot of slots.

Fairy Queen is the sort of slot that dares you to be great, but if you don’t even come close to forcing the game to live up to that potential, you’re left feeling disappointed and underwhelmed.

It all comes down to what sort of experience you want from the slots, and for us, it just lacks that extra spark – ironically enough.

Plus, if they were going to go down this route with the fairy theming, they needed to go hard or go home. With FQ, they did neither.