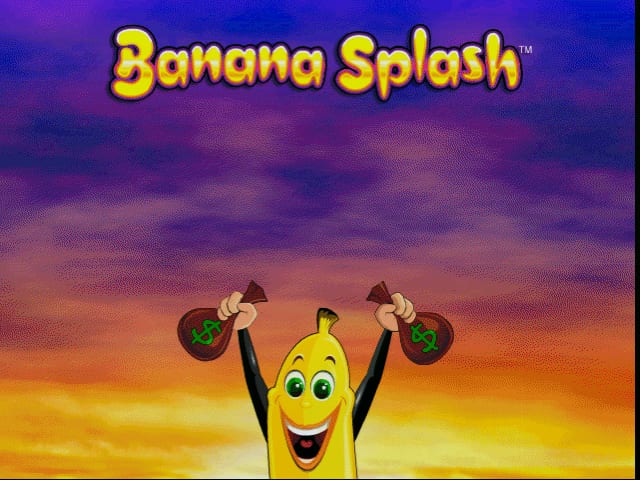 Slot gaming can be a sophisticated business, and the lengths that some providers will go to in order to create the best product imaginable have to be recognised. It’s all about what kind of story you’re trying to tell, and what kind of lasting impact you want the slot to have on the wider community. Then, sometimes, you need to throw that logic out of the nearest window in favour of a unique and somewhat random attraction. With all of that being said, we’re fascinated to take a step back from the real world for a while so that we can focus our attention on Novomatic’s Banana Splash. It’s as weird as the name would entail, but does that translate into a game they can be proud of? 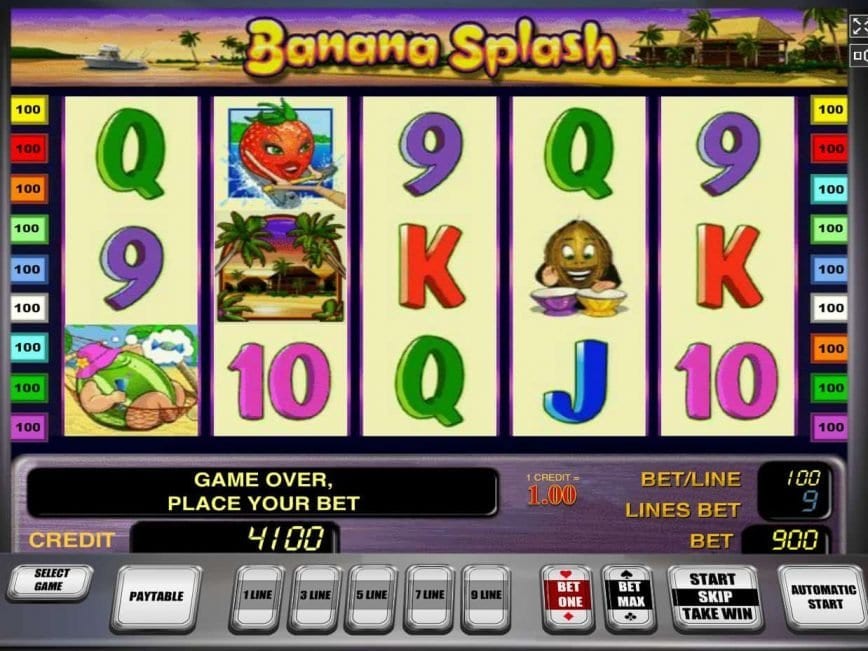 Given that you’d think the sole focus would be on throwing as many bananas into the mix as possible, there’s definitely some mixed signals from the moment you load up Banana Splash. While the main ‘mascot’, if you will, is indeed a banana, they seem to be trending in the direction of a more tropical theme. While there’s nothing wrong with that, it doesn’t really invite us to explore the potential intricacies of the story they’re trying to tell. Maybe they don’t want to tell one at all but if that’s the case, the theming needs to leave far more of a lasting impact than this.

It’s a 5×3 layout for the reels but it’s actually a bit more spread out than most games that take on such an appearance, and unfortunately, it doesn’t create much room for any depth or creativity outside of the symbols themselves, which we’ll touch upon more shortly.

There are 9 pay lines in play for this game, which should give punters an inclination as to what kind of experience they’re likely to have.

It may not be a ‘flying out of the blocks’ kind of figure, but an RTP of 95.79% is almost guaranteed to place Banana Splash above some of its immediate rivals, and in the current climate, knocking back the opposition is one of the most profitable things you can be doing. It also has medium volatility, and when you mix that in with the not so subtle fruit machine theming, that could lead to quite a few repeat players who know that there’s a decent enough chance of some gold at the end of the rainbow.

With a widespread from 0.50 all the way up to 100 from minimum to maximum stakes, the high rollers may just take a second look at this game if their initial impressions aren’t hitting the mark. In terms of the big wonga, there could be 150,000 coins on the line if you can unlock the right combinations – but obviously, the risk factor is there for all to see.

If they had asked a group of high school students to put forward the designs for Banana Splash, then we’d still probably be disappointed. The still images mixed in with some of the animations look off, the colour scheme is poor, and they really haven’t gone out of their way to make much of an impact when it comes to sticking to the theming.

Plus, from an audio standpoint, all we end up getting is a few custom noises here and there alongside the normal slot soundtrack we’ve all come to hate. There’s just no clear vision, and it threatens to undermine some of the other features that Novomatic has worked to build.

From 9 up to A, we get the playing cards that are obviously always going to get a bit of shine, but then, we move onto the fruity characters. Every single one of them is taking part in a different activity, from a sunbathing watermelon to a paddling pineapple to a bongo-playing coconut to a pretty weird looking banana. Oh, and they’ve also got a strawberry and a mango in there for good measure.

The range of bonus features in Banana Splash hardly redefines the term imaginative in the slot genre, but maybe they didn’t think they had to. They wanted to play it safe with what they had, and for some, that’s going to be more than enough to settle their stomach.

When a wild banana appears to substitute for any of the pay lines, it can double the original prize and earn the biggest total possible with a four watermelon and one banana combo. There are also the obvious Scatter Symbol culprits, with instant prizes being awarded upon discovery – in addition to a Free Games Bonus.

If you find three or more scattered cabanas, 15 bonus free spins could be on your way, with a 3x multiplier also being in effect. It may be a blink and you’ll miss it sort of deal, but you’ve got to try and take the opportunities as and when they come.

The jackpot may not be a progressive one, but some folks will still see a few of the bigger numbers and dive headfirst into this bad boy.

It’s never going to be the most fluid of mobile games and it’s never going to claim to be, but all people are asking for is that it can be compatible, and credit to Novomatic, because they’ve made sure that’s the case.

There are going to be fans of this slot, in particular, who want the luxury of carrying their phone around with Banana Splash being available at the click of a button. This accomplishes that goal with iOs and Android having the game ready to go from some of their online mobile casinos.

Banana Splash lays down a message of intent from the moment you hear the name, and from that point on, it’s a pretty underwhelming rollercoaster ride. There’s going to be a core demographic that will stick with it for nostalgia purposes as the years go on, and probably because they’ve had a few nice wins along the way. Unfortunately, that’s never going to turn this Novomatic offering into something special.