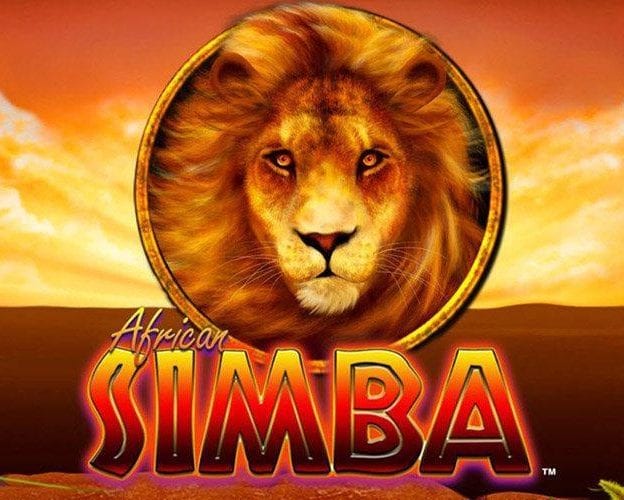 Every single corner of the planet has a different story to tell, from country to country and continent to continent. On a far lower kind of scale, every slot game needs to provide players with the sort of entertainment value that will keep them coming back for more. With African Simba from Novomatic, we receive a chance to explore the African plains and beyond in one of the provider’s more notable themed offerings. Today, we’ll be taking a look at the intricate details that make AS a success - as well as the shortcomings that leave us all wanting a little bit more. We’ve seen games base themselves around Africa in the past, but will Simba live up to the hype?

There’s believed to be some varying reports regarding the official RTP for African Simba, with the figures ranging from 95.2% to 95.5%. It’s a fairly weak offering, especially in comparison to some of Novomatic’s most notable competitors, but in the overall sense, it is still viewed as having medium-level volatility. Whether or not that actually holds up over multiple plays remains to be seen.

For those looking at the figures as opposed to jumping straight into the gameplay, these aren’t the sort of results you’d be looking for.

The reel comes in at 5×3, but in terms of the visual aid, the board is slightly thinner than most 5x3s out there – probably due to their desire to really enhance the background scenery, which we’ll come on to later in the review. The actual movement of the reels is slick enough, building a nice degree of tension before you finally get to see what you’re working with.

Some hang their hat on the number of pay lines and some don’t, but either way, African Simba comes in at a whopping 243 paylines. For stubborn players who want to try and get it out in a long-form game, this one could actually turn out to be a grinder.

The game bar along the bottom of the screen is stereotypically bland, offering no real inspiration or alignment with the theming. Again, it’s not the priority of every single player to get that sort of pay-off, but it’s an eyesore, to say the least.

The backdrop makes you feel as if you’ve been transported directly into the heart of the Serengeti, with the game actually drifting from day to night and back again. The name of the game comes from the ever popular Lion King character, and that’s always going to be a tick in its favour for movie fanatics.

Unfortunately, the over-reliance on slot noises makes this, at times, an incredibly unpleasant experience. Instead of sticking with the sound of animals roaming across the land, they decide to pump in a variety of sounds that just do not work in association with one another.

10, J, Q, K and A are all present, as you’d imagine, alongside a string of familiar favourites: such as water buffalos, meerkats, flamingos, giraffes and, of course, the king of the jungle, the lion. There was probably an opportunity for more animals to feature, but we like that they took a chance with a unique blend.

If you go all the way up to the 243 playlines then you could start off with a minimum bet of 0.25, eventually rolling all the way up to a maximum of 50. If you play your cards right, landing on five giraffes, you could win up to 500x of your initial stake for a potential prize of around 5,000 – which is hardly a figure we should be scoffing at.

Wild Lions and Scattered Sunsets are on hand to fulfil any bonuses in the game your desires you may possess, and given the trending direction of the slot up to this point, we’d argue they could use it.

The lion plays the role of the wild symbol for this game, and when it appears on the reel, it has the potential to substitute itself for all of the other symbols aside from the scatter. Alas, given how inventive some slot companies are getting with their bonus games nowadays, there’s an argument to be made that this simply isn’t enough.

In terms of the scatter symbols, make sure you’ve got one eye on that gorgeous African sunset. If you manage to secure three of them, that’ll trigger the bonus which hands out 12 free spins to the punter.

With all wins being given a 3x multiplier there are some big wins to be had if you get yourself on a bit of a roll, and maybe, just maybe, you could work your way up to 100,000 coins.

Slot games are trending in one direction and one direction only these days: the mobile casino gaming scene. The graphics featured in African Simba are considered to be pretty simple, but for iOs and Android, that’s actually a good thing. There’s no lag time and there are no extended structural issues with the slot, which ensures a pretty smooth overall process.

It isn’t a standalone app to download, as most of them aren’t, meaning you need to check the online casino that you work with in order to see whether or not it’s available. It’s a big game to run as is the case with most slots, but that shouldn’t serve as too much of a speed bump.

African Simba works off of a nice idea in theory, but while the marketing may be intriguing, the end result simply isn’t. There are decent enough rewards on offer for players to sink their teeth into, but it’s just too hit and miss with the entertainment value and the RTP & volatility doesn’t exactly help matters.

As a game to play on the go on your phone it’s probably going to continue to do quite well, but as the market gets more and more crowded with Novomatic producing more impressive content, good old Simba could soon become an afterthought.