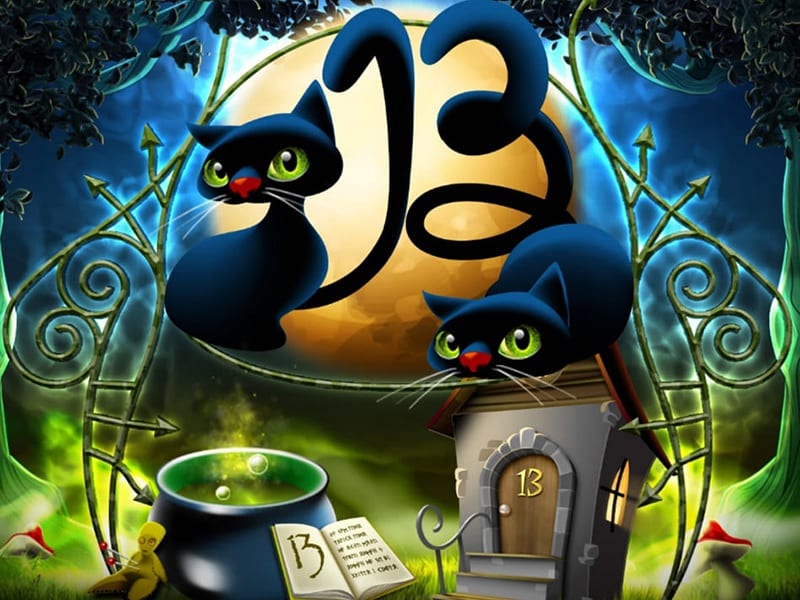 Everyone associates fear and drama with the big, the loud and the intimidating. While that may be true in some circles, it does feel as if the sense of the unknown adds to the heightened suspense of any movie, game or genre. In this instance, we’re going to be taking a look at the mysterious 13 - a slot creation from Novomatic that has people talking. Instead of going for the larger than life characters, Novomatic decided to dig deep into a popular corner of the “spooky” fanbase. We all know how unlucky the number is, but does that trend carry over into the slot? 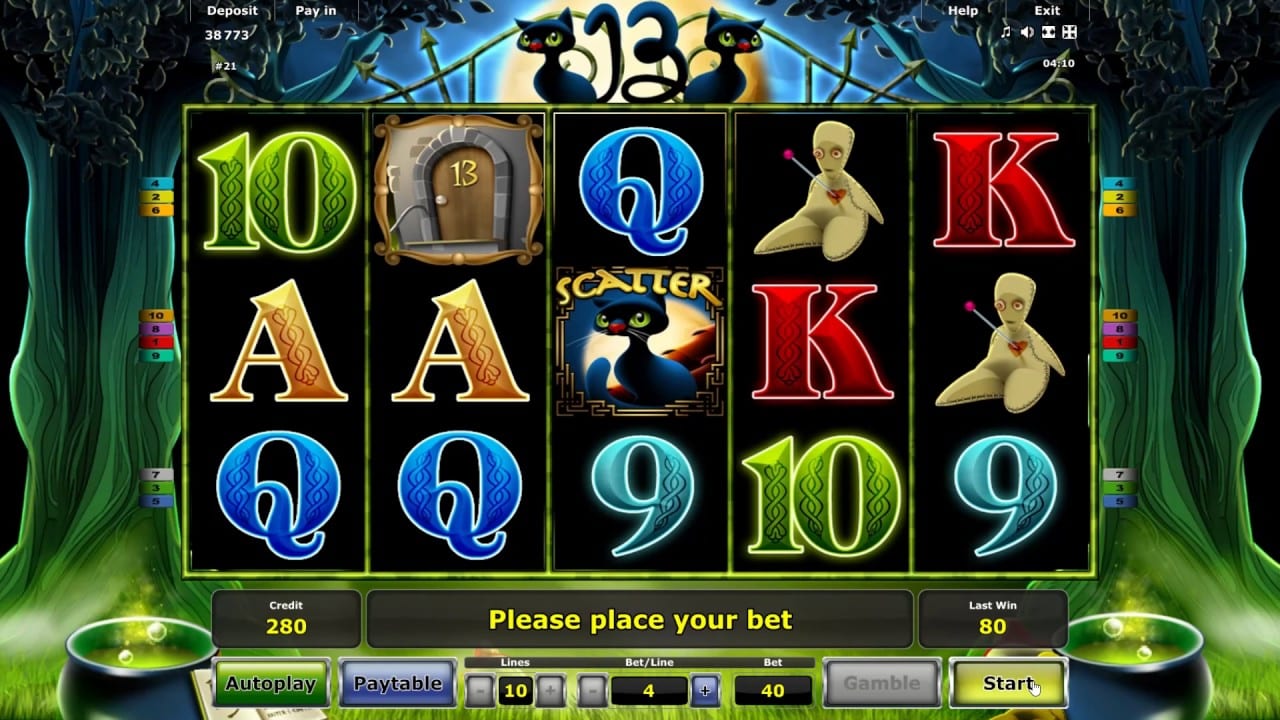 13 gets off to a modest start with an RTP of around 95.31%, landing it in the average category. You’d have to imagine straight from the off that this is the kind of game which will attempt to thrive off of reputation alone, and that theory comes up trumps with the aforementioned figure.

The 5×3 reel setup is pretty “in your face”, and we think it needs to be. The symbols, which we’ll come on to shortly, all have their own individual nuisances that deserve to be explored. Thankfully for players, the actual movement of the reels rolls along at a really nice speed, giving you time to take in the end results before playing again.

There are 10 active paylines on 13, with the aim of this slots game being to match up three or more symbols across any given pay line. The name 13 may throw you into a state of uncertainty regarding what you’ve actually got to do and just how unlucky you may end up being, and that’s the kind of marketing games such as this need to stand out amongst the pack.

13 feels more like a game of chess than anything else, because while it may fit in line with the rules and regulations of every major slot game, you’re still waiting for something out of the ordinary to spring up – even when you’re on Auto Play.

There’s not all too much to scream and shout about with the grid in the lower portion of the screen, but it does condense all of the available options into a nice, compact space, giving premium focus to the actual board and any background details that players want to unpack.

The soundtrack makes you feel as if you’ve been transported to an old folktale, where every single step or move is unknown. It’s clearly the kind of game that fits into the Halloween sector, and they play off of that really nicely with the music. Whether or not it is exhilarating enough beyond the first few minutes is anyone’s guess.

We really enjoy the two cats that make up the logo and sit on top of the board, as if they’re on a perch above their kingdom. The full moon in the background makes it all the eerier, and it sets us up perfectly for the adventure that lies ahead.

The symbols are as ominous as you might think although, it does start off with the standard playing cards from 9 through to A which stand out ever so slightly. Then comes the mirror, crystal ball, tarot cards, voodoo doll and a door with 13 on it, whereas the wild and the scatter can open the door to some bonus game fun.

You can start off with an opening wager of 0.15 for the minimum stake, riding all the way up to 50 if you’re feeling lucky – which, in a game like this one, seems unlikely. If you do strike gold, however, you could end up with 1000x your initial stake, securing the bag and then some.

With a game called 13, it’s understandable that you’d view it as a bit of a let down if it didn’t feature some kind of additional bonuses traits to enjoy. The first is the wild symbol, which takes the form, in this instance, of a young witch. She moves in place of the basic symbols to bring together a winning combination, or potentially even offer out a big prize of its own. Then comes the scatter bonus which, of course, is the main attraction in the whole slot: the black cat.

It pays out by simply appearing on a pay line, with the winnings being determined by how much cash you put on the table.

There isn’t a progressive jackpot to speak of, but the mix of bonus features and original storytelling is bound to keep you occupied.

Compatability is one thing, but actually thriving as a mobile slot is a different ball game altogether. 13 can be found alongside any online casino site that works in conjunction with Novomatic, ensuring that there is no standalone app to be found on iOS on Android – which is perhaps a shame, as there’s an awful lot to be said for how fruitful it could prove to be.

It’s slick enough on a mobile platform but if we’re talking purely in terms of comparisons, the desktop feels neater.

13 sets itself apart from the generic slots we’ve come to see from lazy providers, and for that, Novomatic deserves a tip of the hat.

It isn’t going to blow the socks off of the average punter, as you can probably tell, but an intriguing concept can still take a slot like this quite a long way. It’s not the most repetitive and it’s not the most daring, especially when factoring in the RTP, but perhaps we’re coming to learn that simply drawing in the masses is an achievement in its own right.

Check out 13 – if you’re brave enough to test the waters yourself, that is.