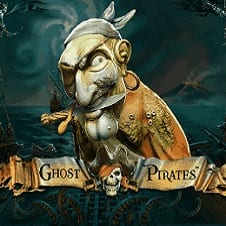 It’s time to sail the seven seas and head out on an adventure, unlike anything we’ve ever seen before. Yes, that’s right, we’re about to get into a little bit of pirate culture - and we hope you come along with us for the ride.

There’s always been a certain stigma around the idea of pirates, especially in the real world, and there’s a whole lot of justification behind that. In fiction, however, it’s pretty much impossible not to be intrigued by them in some way, shape, or form. 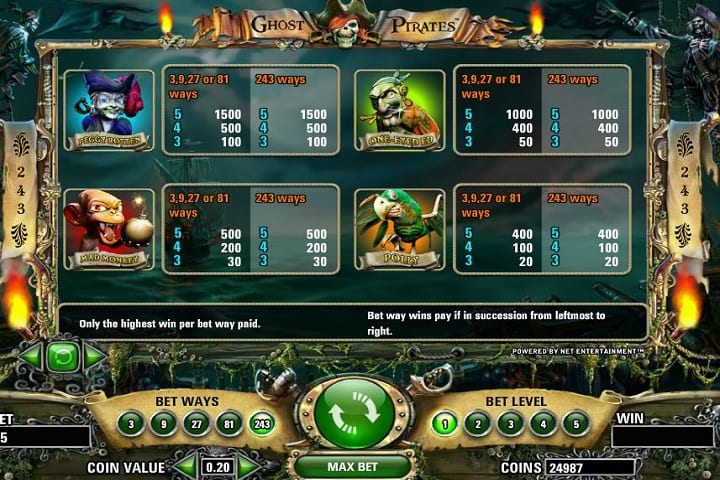 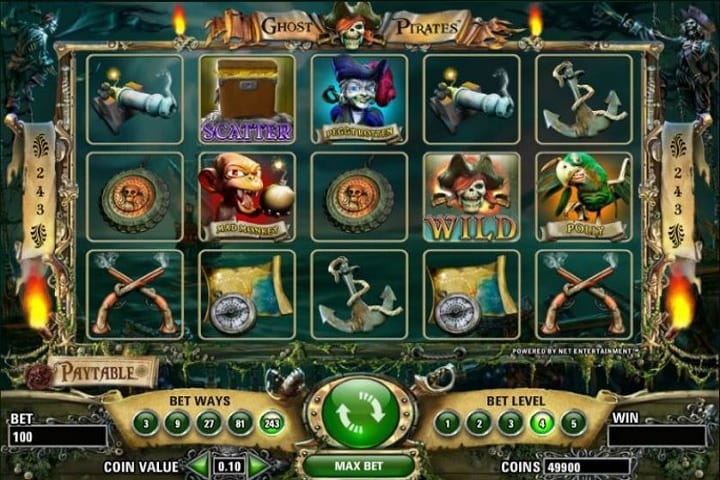 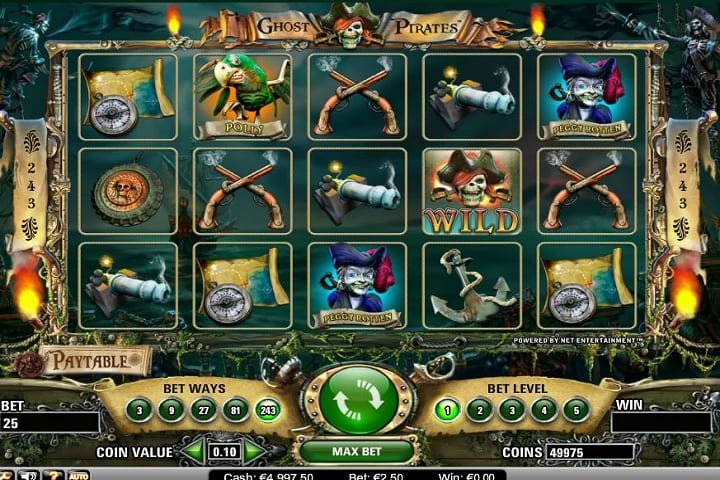 Today, we’re going to take a look at a slot game that attempts to capture the essence of pirate culture and then some. We are, of course, referring to NetEnt’s Ghost Pirates.

It may not be conventional, but when has that ever stood in this provider’s way?

If you fancy stepping aboard the ship or walking the plank, or any of the other stereotypes associated with pirates, then you won’t be disappointed. Ghost Pirates attempts to rip up the rule book of slots, and that trend starts with the incredibly dark and moody tone that the game operates under. While the majority of slots attempt to lean into the idea that bright colours are all the rage, sometimes, you need a game like GP to come along and remind us all that it’s okay to embrace the darkness from time to time.

The slot operates on a fairly standard 5×3 reel system, but the way it’s presented even manages to impress us courtesy of the finer details that have gone into the design.

The paylines don’t exactly play into modern slot conventions, either, as the configuration means you can actually choose between 3, 9, 27, 81 and 243 ways to win. Most would probably pick the latter, but it depends on the sort of experience you’re trying to have.

One thing that a lot of punters look for with the RTP is consistency, but with this slot being released all the way back in 2013, there appears to have been some mixed messages regarding the actual figure. NetEnt themselves have previously claimed an RTP of 95.28%, but depending on where you look, there are reports of it being as high as 96.90%. Anything over 95% is still somewhat impressive, but regardless of what the accurate figure really is, this still isn’t going to be an RTP that blows your socks off – and with a medium to high volatility, you’ll have to learn the art of patience.

You can place a wide range of bets from small to big on this slot, starting off with a minimum stake of 0.25 before rolling all the way up to 62.50. It may not have the kind of triple figure allure that some slots do, but it’s solid enough.

The eerie soundtrack gets this slot off to a spooky start, but they’re able to expand on that through several different avenues that go above and beyond the music – which, in truth, could be a bit more consistent during the actual gameplay.

The animation on the board, on the flames that flank it and the characters themselves, is incredible. If you aren’t into the horror genre then you probably aren’t going to agree with that thought process, but we really were impressed by what NetEnt produced with this finished product.

There’s no such thing as filler with these symbols, either, as it’s out with the old playcards and in with the themed creations. The skull and crossbones get us off to a great start and from there, the symbols get even better with the pistols, map, compass, cannon, gold jewel, bottle of rum (or poison) and anchor. Then we’ve got the entertaining yet terrifying characters of Peggy Rotten, One-Eyed Ed and the bizarre Mad Monkey.

If you want to bring home the bounty then you need to get your hands dirty in the bonus features, because without them, you may not claim the treasure you desire.

The free spins feature is one of your best bets, which you can activate by finding three or more scatters – with the scatter, ironically, being the treasure chest. All of the winning combinations are part of a 3x multiplier, with three treasure chests leading to 15 free spins, four giving you 20 free spins and five giving you an almighty 25 free spins. The TC can be placed anywhere on the reels to complete a winning combination, too.

The ghost pirate symbol itself serves as the wild, only appearing on reels two and four. It substitutes itself for all symbols to get those winning combinations over the finish line, but unlike most slots, it will actually replace the scatter if necessary.

The jackpot isn’t progressive, but as is the case with all slots, there’s still money out there to be won.

Even though it’s nearly seven years old, Ghost Pirates still looks like brand new slot – and that’s a testament to what NetEnt has been able to achieve here. Of course, it doesn’t mean much if it isn’t compatible with iOs and Android devices, so thankfully, it is.

You’ll get to experience the graphics in all of their true glory, and while it may lag from time to time, it’s going to be worth it.

If you look at this purely from a design perspective, this is a complete and utter triumph from NetEnt. Ghost Pirates is one of those online slots that feels like it was made before its time, and even to this day, it’s the kind of Halloween classic that we should all be playing on October 31st.

Alas, with a lack of any groundbreaking bonus features and potential winnings that don’t quite stack up to some of the provider’s other top tier games, we’d argue that GP falls just short of being a truly elite slot.