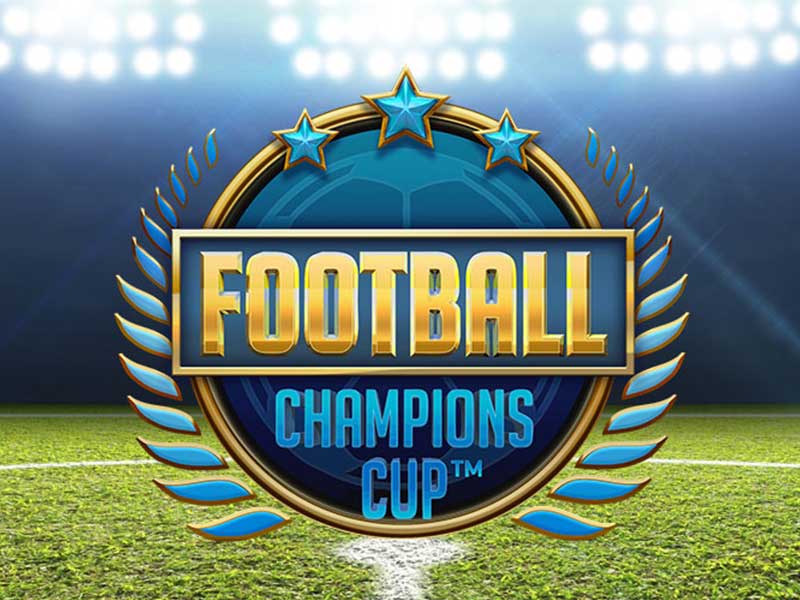 Everyone can go back and forth in debating what the most popular sport on the planet is, but when push comes to shove, it feels like the natural answer is always going to be football - or soccer, if you feel inclined to call it that. It’s often called the beautiful game, and while it may not always seem that beautiful, it does often succeed in bringing together millions if not billions of fans from all over the world. Paying tribute to football in any form of entertainment is difficult, mainly because so many of us have such a special relationship with the sport. Therefore, it’s probably even more difficult to condense it down into a slot. Nevertheless, that hasn’t stopped NetEnt from trying with Football: Champions Cup. 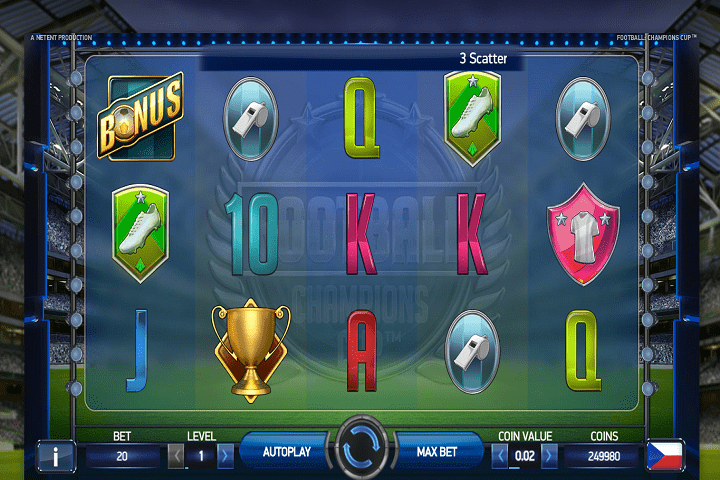 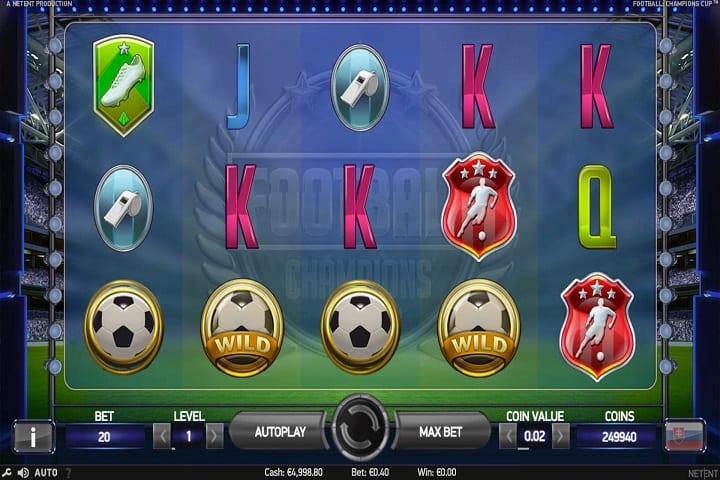 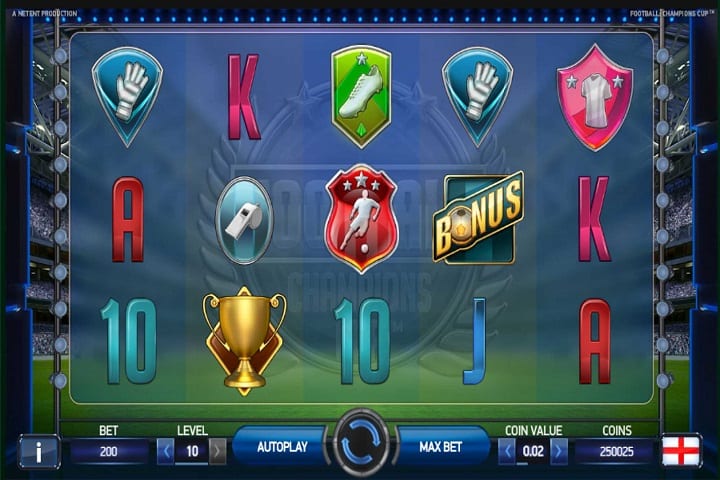 Today, we’re going to take a deep dive into FCC in order to see whether it truly is a slot to be remembered.

The slot was first released back in May 2016, with NetEnt looking to capitalise on a summer of football in the form of UEFA Euro 2016 and the 2016 Summer Olympics in Rio. Whether or not that gave them the kind of boom they desired is unknown, but one thing is for sure: they put an awful lot of effort into making this the most authentic football experience out there on the market. Sure, the name is a bit clunky, but they’ve done what they can with what they’ve got.

Before you head into the stadium, make sure to pick the national team flag of the team you want to represent – which is going to wind up making more sense later on.

The layout is a standard 5×3 reel, but the board is actually spread across the entire screen with the symbols seemingly social distancing from one another. It’s a clear way of setting things up, with the transparent green screen ensuring that we get a good glimpse of the actual pitch and the stadium.

There are 20 paylines to work your way through with this list, and you can actually adjust your bet settings to change both the coin value and the number of active paylines that are available.

It’s always important to, at the very least, keep an eye on the RTP of a slot – because you never know what kind of experience you could be in for. Thankfully for fans of NetEnt’s games, you should be in for some relatively consistent winnings with an RTP of 96.82%. The volatility is also ranked as being medium to high, which is more than enough to excite punters around the globe.

You can start your Cinderella story to the final with a minimum bet of around 0.20, and from that point on, you can work your way up to a maximum of 100 if there are any high rollers out there who want to test the waters.

If you’re lucky, or you’re the Cristiano Ronaldo of this slot, there’s a chance you could take home up to 2,000x of your initial stake.

From the initial design to the bonus features, this is a really slick looking slot that we think is going to keep pulling in slot enthusiasts for many years to come. The actual gameplay is pretty quick, which may not be the kind of tempo that everyone likes to play at, but it does fit in with the football theming quite nicely.

The sound of the fans cheering you on also helps to heighten the tension, and if feeling tense isn’t the sort of atmosphere you’re going for, this may not be the right direction to go down.

The standard playcards do feature in this slot from 10 all the way up to A, but things do pick up a bit when we move on to the higher value symbols.

Footballs, gloves, a whistle, a shirt and boots all make an appearance, although they could easily be described as being pretty simplistic.

Bonus features are vital to the success of any given slot game, because if providers just stick to the status quo and don’t allow for any variety, then what’s the point of it all?

The Wild Football icon is the ‘joker’ of the game, as it can be a placeholder for any of the other symbols we’ve previously listed. If you manage to get three or more Bonus symbols, though, you can take part in a penalty shootout bonus game. You simply pick a specific spot to aim the ball at and score as many goals as you possibly can, beating the goalkeeper and securing as many prizes as possible.

Then comes what we consider to be the crown jewel: the Gold Cup Scatter symbol that triggers the Free Spin Tournament. In the tournament you ‘compete’ against other nations with the country you chose at the start of the game, as you attempt to navigate your way through to the final. Each wild is worth one goal, with the blue wilds representing your own team. The side with the largest score will progress on through the tournament, with a gold, silver or bronze prize being up for grabs.

The jackpot may not be progressive, but that’s often a rarity these days anyway.

It shouldn’t come as much of a surprise that NetEnt has ensured FCC is compatible with iOs and Android devices, which we can imagine would’ve been very popular back when Euro 2016 was taking place – if only because it would’ve provided fans with a great form of half time entertainment.

It’s also pretty smooth on the mobile, too, and the speed is a bit more manageable than on the desktop equivalent.

Football: Champions Cup dares to be different, and it dares to take the game to places it hasn’t been before – most notably to becoming a well-constructed slot.

It isn’t perfect and it could use a bit of fine-tuning, but there’s still lots of money to be won and fun to be had.

Are you ready to step up?