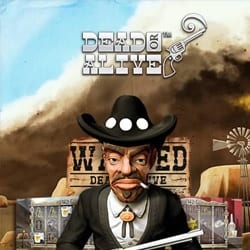 “This town ain’t big enough for the both of us”.

While there’s a lot of pride to be taken in the stories that we craft from the modern day, as well as the possibilities that lie beneath the surface in the futuristic genre, there’s nothing quite like taking it back to the good ol’ days for an old school western. 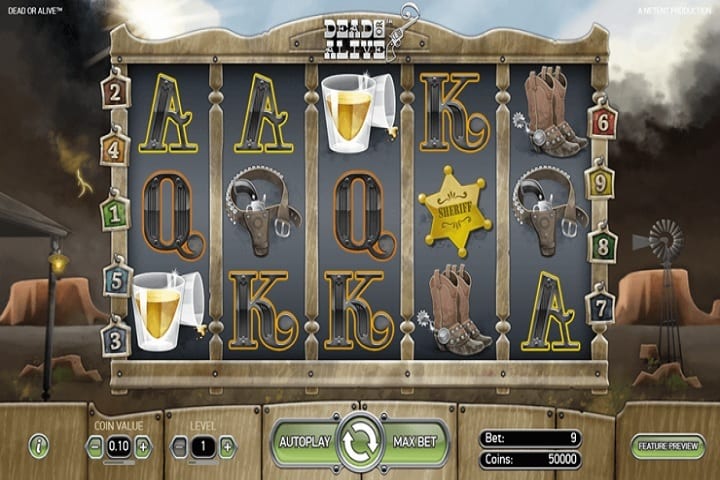 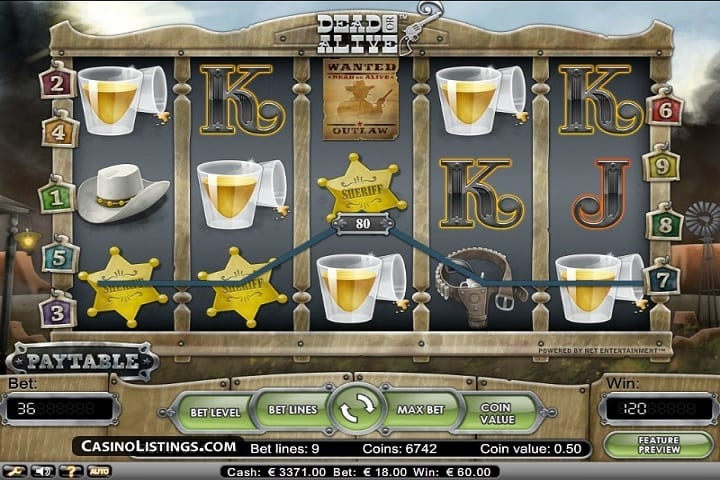 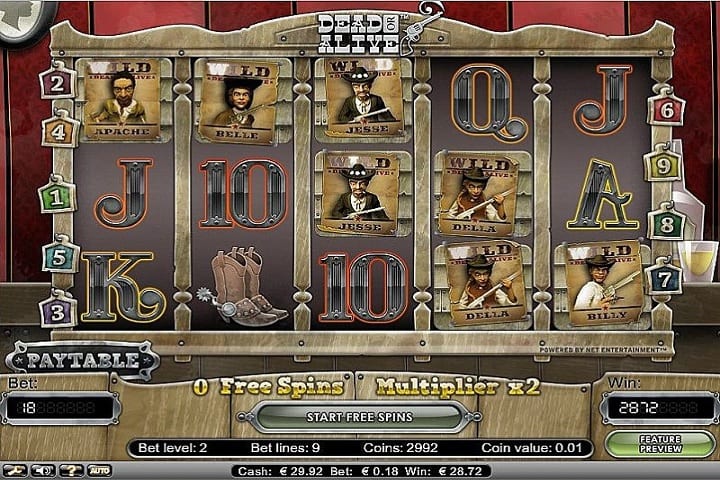 Sometimes it’s a theme that can be pretty played out, but if you get it right, it has the potential to be all kinds of great.

With that being said, it’s time to take a look at NetEnt’s entry into this sector with Dead or Alive.

This slot really does serve as a throwback in every single sense of the word, with DoA first being released to the public in 2009.

Will 11 years out on the open market, it’s time to see whether or not it still holds up.

We start our journey in the Wild West of America – a time and a place that many of us are familiar with if only through the art of stereotyping and big screen movies. Nonetheless, while you could argue this is a slot that couldn’t even dream of being original, NetEnt gave it their best shot through animations and a real commitment to the subject matter.

There’s no threat of being out of your depth in the western world, either, because this online slot is catered towards beginners just as much as it’s catered towards real diehard fans of the theme.

The 5×3 reel layout makes for a really pleasing visual, with the border of the reels even sticking to the western vibe that is felt throughout this slot.

There are 9 paylines for punters to enjoy, as noted on either side of the board, streamlining the game in a way that really does give the high rollers a clear objective.

Critics tend to go back and forth regarding what can be considered a strong RTP and what is considered to be a weak one, but at 96.82%, NetEnt should be able to happily boast about the potential that Dead or Alive has. That kind of figure is bound to excite even the most pessimistic of slot veterans, and on the opposite end of the spectrum, it gives newbies an incentive to trend towards this provider in the future – so long as the rest of the slot holds up, that is.

Oh, and it also has high volatility, which tends to be more of a rarity these days.

DoA sticks with the idea that they cater to all different kinds of players with a minimum wage of 0.09, with the maximum rolling up to 18.

If all of that wasn’t enough, players who strike gold could wind up taking home an extraordinary 54,000 coins. Wowzah.

The stormy skies drift over the western landscape, transporting us right into the heart of the action. Depending on the setting that you find yourself in during the slot’s gameplay, which is actually quite smooth, you could be listening to the hustle and bustle of a busy bar or the sound of crows chirping and the wind picking up some steam. Either way, the tension rises each and every single time you play, and that’s pretty enticing.

The 10, J, Q, K and A are the lower value symbols, with NetEnt playing it safe with the standard playcards that we’ve all become familiar with across dozens upon dozens of slots. With the unique symbols, though, we start off with a pair of shot glasses before moving on to cowboy boots, a white cowboy hat, a pistol in a holster and the golden star sheriff’s badge. If you see the latter, you should consider yourself to be a lucky boy or girl.

Dead or Alive definitely gets straight to the point with the gameplay, and the same can be said for the finished product of their bonus features. The “wanted” poster is the wild symbol for the slot, and is capable of substituting itself for all other symbols except the scatter – giving you more of a chance to score a winning payline. If you can work your way into the free spins, the wilds will become Sticky Wilds,  meaning that they will maintain their spot on the reel throughout the duration of your free spins, with the wilds featuring a series of different outlaws.

If you want to secure those spins, you must first land on three or more of the crossed-pistol scatters that appear at any point on the reels. There are 12 free spins available to go alongside a 2x mulitplier, with the retrigger option being available once and once only.

The jackpot isn’t a progressive one, but there’s still a whole lot of money to be won.

While DoA falls into the ‘older’ category in NetEnt’s portfolio of slots, that doesn’t mean it’s immune to ad revamp.

While it may have been based around desktop gameplay when it was first created in 2009, in the last decade, changes have been made to ensure that it can function and be compatible with iOs and Android devices. There’s a chance you’ll experience some lag given the age of the game, but that’s probably to be expected.

Dead or Alive may be the grizzled senior in the NetEnt group, but boy oh boy does it pack a punch.

This isn’t the sort of slot that lies down and decides to go down the conservative route, and you have to respect that.

They’ve got a decent looking RTP, the theming is nice, and the high volatility is bound to create a few talking points.

Whether or not the bonus features are diverse enough is a valid criticism, but at that stage, it comes down to nitpicking and deciding whether or not this is the kind of slot that will bore you or intrigue you.

For us, it’s all about the charm factor.