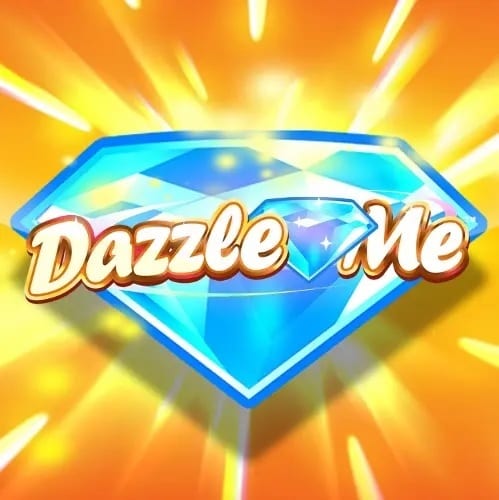 Sometimes the simplest of techniques are the best, and that philosophy can be applied to just about anything and everything in our day to day lives - especially the art of gaming. There are companies out there who could quite literally spend millions in order to try and produce the next big thing when in reality, the solution doesn’t actually have to be so complicated. Today, we’re going to be taking a look at a slot that embraces that ideology in more ways than one: Dazzle Me. 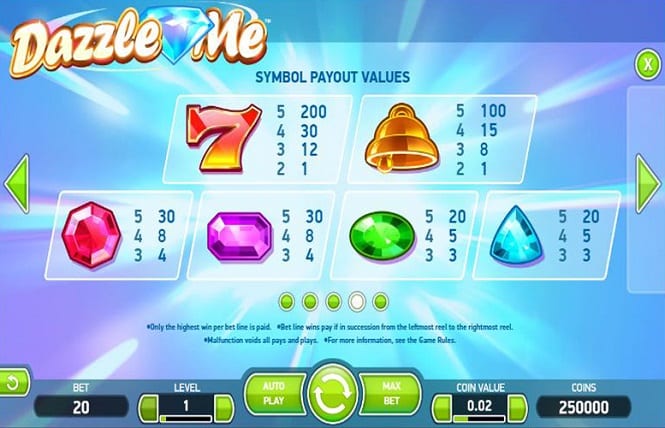 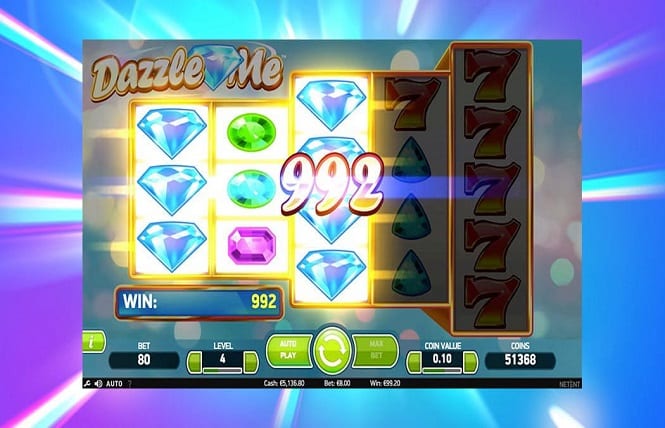 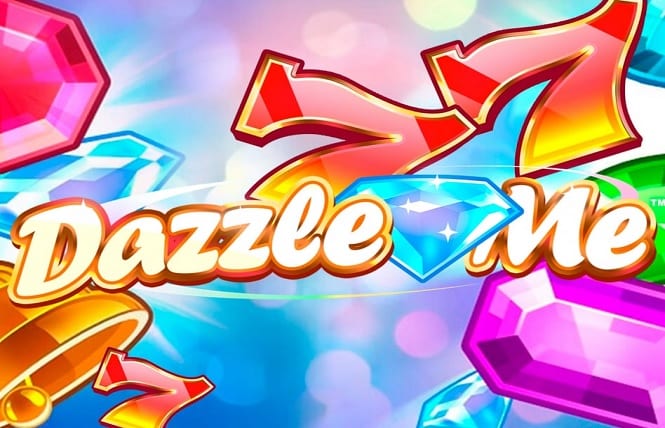 NetEnt tends to sit on one side of the spectrum or the other, and what we mean by that is simple – their slots can be super complex or they can be really laid back and simple.

Now, it’s time to figure out why DM fits into the latter of those two categories, and why it’s a good thing.

Matching up the symbols and winning some money is the standard aim of any slot, and that trend doesn’t stop with Dazzle Me. As you can probably imagine, it sticks with the ‘out of this world’ theme, in that there isn’t a whole lot about the slot that feels genuinely real. It’s very pie in the sky with lots of colours and smoke screens, and that sense of mystery is probably what will draw in a lot of punters.

One element of this slot game that is hardly conventional is the board layout, which really does throw a curveball into the mix. While it may have 5 reels, the row format comes in like a football formation – 3-3-4-4-5. It’s loose and it’s got a really fast pace feel to it, and that’s a big positive who want to get straight to the point instead of faffing around.

The variety on display with the paylines is pretty tasty, too, with an incredible 76 fixed paylines for fans of the game to enjoy.

There are often a few very specific techniques that are used to try and trip up any and all slots, with one of the biggest being the RTP. It is viewed as a deceiving figure to some and an incredibly important one to others, but either way, it’s something worth keeping an eye on. In this instance, the RTP rocks up at a cool and casual 96.90% – which is actually a whole lot more impressive than your average, run of the mill slots that are out there. Plus, with low volatility, you can expect a string of lower value wins to come thick and fast, improving the chances that you’ll step above the ‘break-even’ mark and move into some kind of profit.

If you want to get up and running with this slot then all you need to do is place a minimum wager of 0.20, with the high rollers being able to run that figure up to a maximum stake of 400.

Plus, if you’re lucky, you could bring in upwards of 760x your initial stake.

The soundtrack does sound like a mix between ‘on hold’ music and a 70s disco party, but with a slot such as this one, it doesn’t really matter all too much. The theming is hardly going to go above and beyond, mainly because the genre isn’t really even a genre – it’s a bunch of gems that wouldn’t look out of place in a pawn shop. It’s not original, but it’s also not boring enough to make us switch off instantly.

The popular number 7 features as one of the symbols in the slot itself, and you’ll also see some bells popping up on the reels, too. From there you’ve got the sapphire, ruby, emerald, topaz, amethyst and diamond.

Dazzling Wild Reels – This feature pops up at random during the initial base game, and it serves as an intriguing entry point into some possible bigger wins. It is an overlay reel that only has wilds appearing, with reels one to five turning into the DWR to give punters the chance to take home some huge winnings.

Free Spins – Everyone loves a good free spin in the world of slots, mainly because it keeps you in the game for a whole lot longer. Once you get three or more free spin symbols anywhere on the reels, you’re off to the races. Three symbols gives you eight free spins, four gives you 12 free spins, and five gives you a huge 16 free spins.

Linked Reels – This feature only pops up during the Free Spins, but it’s a cool one. You’ll see identical linked reels that appear on reels one through four at the start of every free spin. The right reel will be a copy of the reel to its left, increasing the likelihood of you turning a profit on every single spin.

The jackpot isn’t progressive, but as always, there’s still plenty of money left on the table.

The simplicity of Dazzle Me may lead you to believe that it is only available on old school desktops, but you’d be wrong. NetEnt has ensured that it is also compatible with iOS and Android devices, so you can have a fun DM experience wherever you may be.

It’s not going to blow your socks off with the design or the intricacy of it or the potential for huge wins, but as a safe, fun slot, we really like Dazzle Me.

It’s a really good way to pass the time if you want a quick slot to try and work your way through when you’ve got some spare time, and for whatever reason, its quirky nature often leads to multiple plays.