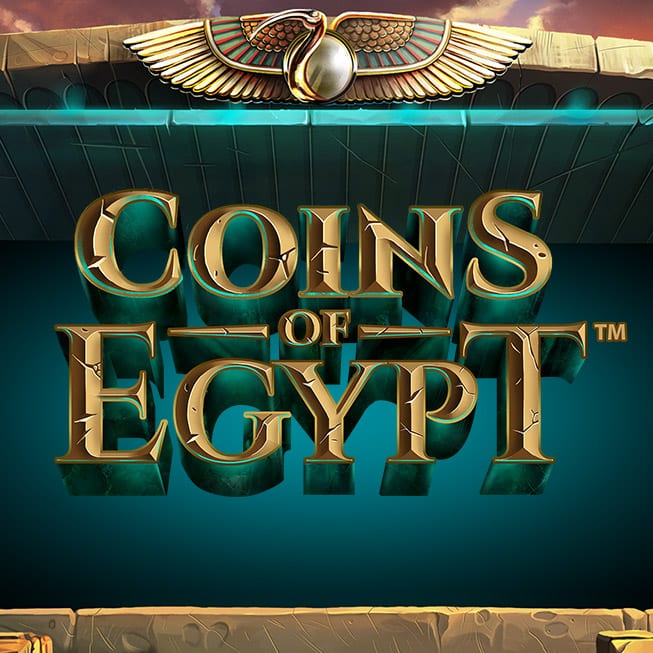 Anticipation comes in many different forms, and when it comes to the slots, it’s safe to say that punters can get a little bit impatient. Alas, in regards to Coins of Egypt which was on a limited release in 2017 before a full release in 2018, many believe it was worth the wait. This journey back to the time of the pharaohs really does open your eyes to a culture that none of us can ever even truly begin to understand. NetEnt clearly endeavoured to do justice to the subject matter it was focusing on, and nobody can argue that they didn’t put their heart and soul into this project. Buckle up, because CoE is well worth your attention. 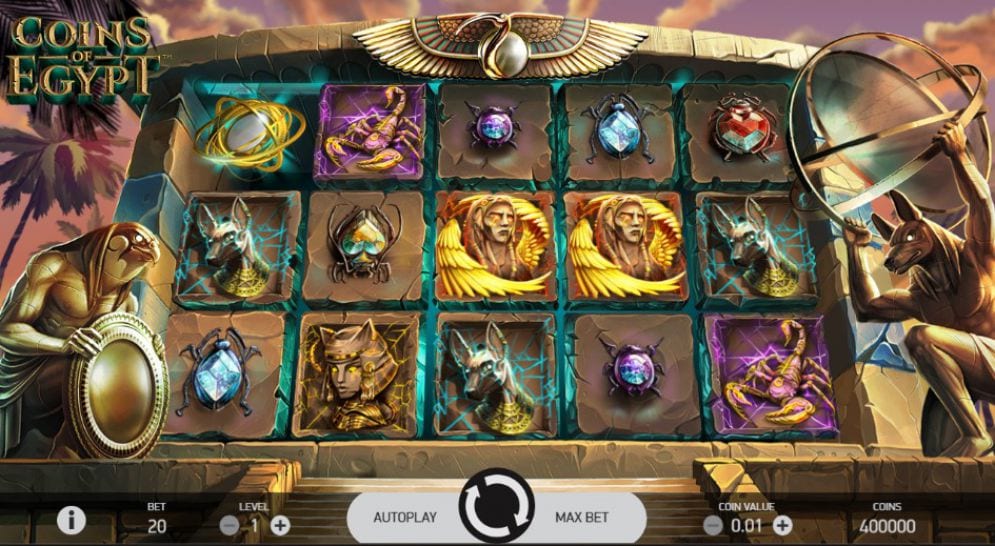 There’s a clear attempt to push into the 97% bracket of the RTP, but they just fall short at 96.97%. It’s an average score on the board when putting up against some of the other big players in their way, but NetEnt really does go hard in the paint when trying to persuade you to keep on pouring your time and effort into this game. It’s known for having low volatility, and again, that’s an issue you have to weigh up the importance of – because this casino software provider knows what it’s capable of doing to get players back on board.

This 5×3 reel layout, which almost seems to work as some kind of 3D function, does a masterful job of giving the board a larger than life feel. There are 20 fixed paylines to work through, and in the gameplay itself, it just seems to cut through all of the fuss with ease. It’s not about overcomplicating matters, but instead, the game sets up a base narrative and works forward from there.

You’re always waiting for more, and in that lies the bigger success story of Coins of Egypt – but then again, such is the subjective nature of slot gaming, that could also be positioned as the downfall.

The lower “Auto Play” and “Max Bet” tier on the screen does stand out like a sore thumb and while that isn’t the end of the world, we’ve seen NetEnt do a much neater job than that in the past. Thankfully, with the board being flanked by two remarkable statues alongside a gorgeous backdrop of the Egyptian sky, it’s easy to forget about any of those shortcomings pretty quickly.

The soundtrack is right on the money from the initial wave of traditional sounds to the tension building bonus games. They clearly try to hone in on some of the stereotypes associated with this time period, but they don’t drift into any kind of offensive territory – and it’s important to establish those boundaries.

You aren’t likely to find many symbols that are going to look out of place within this game with five types of scarab beetles, scorpions, and the almighty gods of Anubis, Wadjet, Isis and Bastet – with Isis giving you the most joy if five symbols of the goddess fall across a payline, giving punters 75x their initial stake.

Starting off with a minimum bet of 0.20, you can stretch this bad boy all the way through to a maximum bet of 200. With a maximum win of 3,000 coins, you could end up with 1500x more than you bargained for from your initial stake, and that’s not a reward most of us could stay away from.

The standard wild symbol, this time taking the shape of a deadly golden scarab, grows in confidence when landing on a winning payline as it substitutes for all other symbols aside from the scatter, chest seal and Collect symbols. Landing five wilds is going to be the aim here, but beyond that, you’ve also got the Pharaoh Coins win feature.

Up to three coins will appear on the first three reels on the slot whenever you spin, with each having a different value – but if you get a Collect symbol on the fifth reel, you’ll be greeted by the one and only Tutankhamun who appears to give you the big bonus you’ve been waiting for.

Then comes the free spins, and while they can be characterised as excessive if you’re a real downer, we find it hard to believe that anyone would say no to so many of them.

Scatter symbols will trigger the feature when landing on the first, third and fifth reels, and from there, you’re off to the races.

In terms of the progressive jackpot, or any jackpot at all, you won’t find one here. It’s disappointing given how much build up this game gets from the production to the actual gameplay, but we can’t get everything we want.

With such a new addition it isn’t exactly surprising to learn that the mobile capability of Coins of Egypt is at a strong level NetEnt are doing everything in their power to make sure this game can be played wherever you are around the globe.

The structure of Coins of Egypt actually comes from HTML 5, which is a platform that, you guessed it, makes sure a slot game performs to its full capabilities on mobile platforms. If you want to find the sweet spot then playing on the iPad is always a safe bet, but beyond that, iOS and Android devices are also up for grabs with high quality graphics to feast your eyes upon.

In using a one word answer to describe Coins of Egypt, we would say ‘stunning’. This is one of the most visually appealing games that NetEnt has ever produced, and that really does put it in an exclusive group.

The detail is mind boggling at times and so is the clear desire from the game provider to give an authentic view of Ancient Egypt.

The debate begins when discussing whether or not this game gives you enough financial reasons to keep on rolling, and that’s one puzzle we have yet to solve.