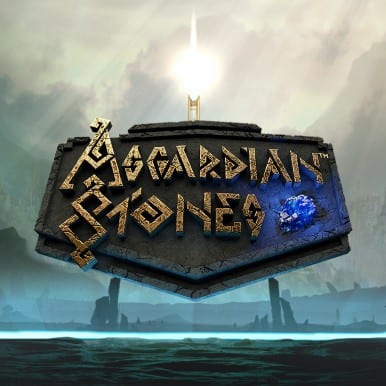 The land of gods is an idea, a hypothesis, or an old Norse tale that many choose to put in the corner and hide away from. Within these walls, though, we want to explore a supposedly mythical planet that is simply beyond our comprehension. In one of NetEnt’s classiest yet grandest spectacles, Asgardian Stones delves deep into a home away from home that comic book fans have been calling their own for many, many years now. It’s one thing to be larger than life, but it’s another to know that you’re surrounding yourself with those who have the kind of power that goes far above even the strongest mortal to step foot on Earth. Piecing together a structure that does justice to the aforementioned Asgard can be difficult, but the AS slot certainly doesn’t shy away. 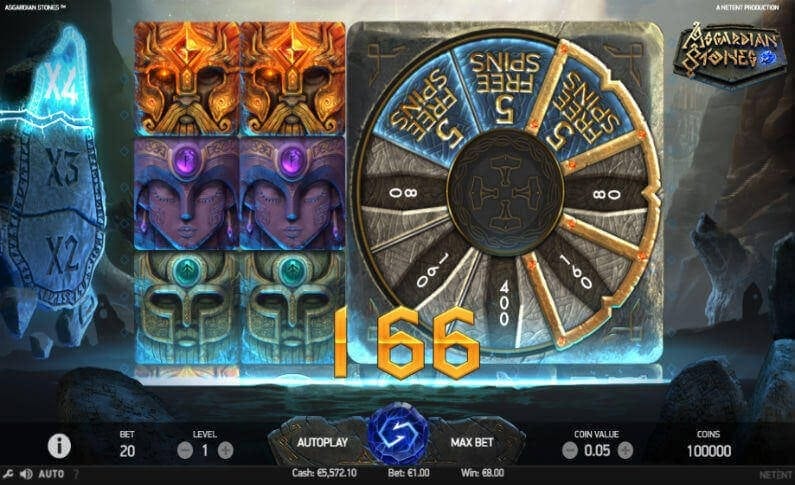 The ‘average’ category is struck like a bolt of lightning pretty frequently these days with RTP, and that’s the case again with Asgardian Stones. The measured RTP is believed to be in the range of 96.31% and 96.4%, and while it isn’t outside of the ordinary to go a fair bit of time without back-to-back winners, many still land on this being a slot with medium volatility. Whether or not the formatting of the actual game is enough to maintain the attention of the punters is a question that only they can answer. Still, there are 20 pay lines, so there’s a lot to uncover.

Aesthetically speaking, the 5×3 reel is stunning and captures the eye with immediate effect. It’s a strong introduction into this battlefield we’ve been met with, and the “Auto Play” & “Max Bet” symbols are constructed in a way that makes the theming look, even more, airtight.

This is a really solid choice for new players to start out with, especially given the high quality of the brand they’ve decided to associate themselves with. There are no complex features, and as we’ve already noted, there’s an Auto Play function that gives players the opportunity to sit back and allow the work to be done for them. What could be better?

From the probably thousand-year-old stones in the background to the multiplier row down the left-hand side, this truly is a blissful history lesson for us all to learn and indulge in. The epic music grows and grows like an anxious beating heart, drumming up the impact felt by the magnitude of every single play. If you want tension and you want the drama that comes right alongside that, Asgardian Stones is going to have to be located towards the top of your wishlist.

The best part about the symbols is that the differences between them all are so subtle. The A, Q and K look more like historic artefacts from the Viking era, and you can just tell that’s exactly the sort of effect they were shooting for. Beyond that, we catch a glimpse of the gods and goddesses such as Odin, Frigg, Thor, Baldr and Týr, all of whom are attempting to defend one of the most sacred Nine Realms. Odin, as you can imagine, is the biggest moneymaker of them all.

You can roll from a minimum of 0.20 all the way up to 200, which should create an interesting dilemma or two for high rollers who want to figure out whether this slot is worth their time and energy or not. For the figure lovers out there, there is a chance that you could walk away with 500x your initial stake if you strike while the iron is hot.

NetEnt likes to test the waters with some bonus features here and there, and they really did capitalise on that with Asgardian Stones. The primary example of that would be Avalanche, where after you spin the reel with winning combinations, they will explode and be replaced by new symbols. This process goes on until there are no longer any winning combinations, opening the door for several wins on one spin as you hope and pray for another Avalanche.

Then we have the Colossal Symbols which sees normal symbols grow and grow in what is not only a visually appealing moment but also a moment that creates more opportunities to win with the large symbols crushing their smaller counterparts. Then, with the Colossal Crush feature, you could boost your multiplier up to an outstanding 4x if it combines with the Avalanche.

We’ve also got the wilds feature which obviously acts as a substitute for the other symbols, and the Bonus Wheel, where a wheel symbol appears on3, 4 or 5 and you can spin the wheel to try and win a cash prize of nearly 5x. Alternatively, you could win up to 25 free spins, which isn’t a horrible outcome.

Six-figure sums are possible in this game, but there are no pooled or local jackpots to be found in AS.

NetEnt likes to cover every single base imaginable, which is why they’ve been able to build up such a great support system. As such, the mobile casino compatability works to perfection with the graphics coming to life right alongside the animation which is as smooth as it has ever been. The Touch version is really easy to play, and in some circles, you’ll find those who are of the opinion that it is superior to the desktop equivalent.

These days the higher the figures are, the more likely you are to see a successful brand grow. The numbers may not correlate to those who want to make big money in quick fashion, but Asgardian Stones’ class runs deep.

It’s a supremely entertaining slot game that benefits from the careful planning and construction that clearly went into making it is what it is today.

Some will snigger and pass it off as a fantasy flick when in reality, it’s one of the most legitimate slots out there – and NetEnt has a product they can be proud of.