Going beyond the enchanted and into the truly unknown is a scary experience, to say the least, but in the world of fiction, truly anything is possible. Entering a whole new realm not only gives us a feeling of hope, but also encourages us all to dream big and imagine what could lie further afield from the four walls that surround us. This may all sound a bit over the top when discussing a slot game, but it’s all relevant. Today, we want to take a deep dive into one of Microgaming’s most intriguing offerings: Forbidden Throne. 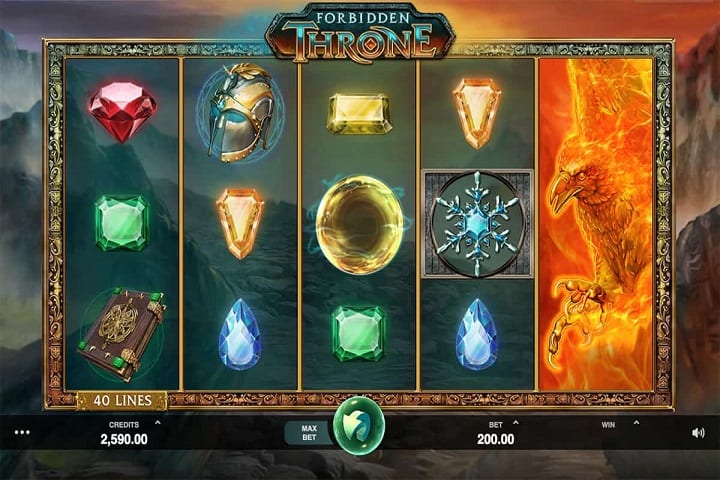 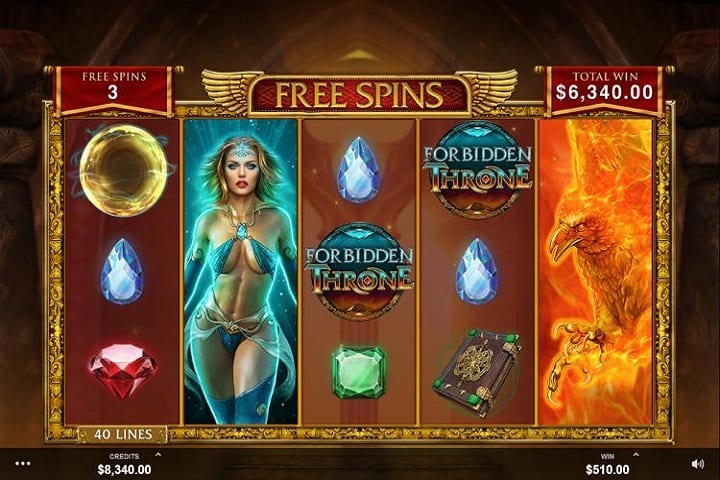 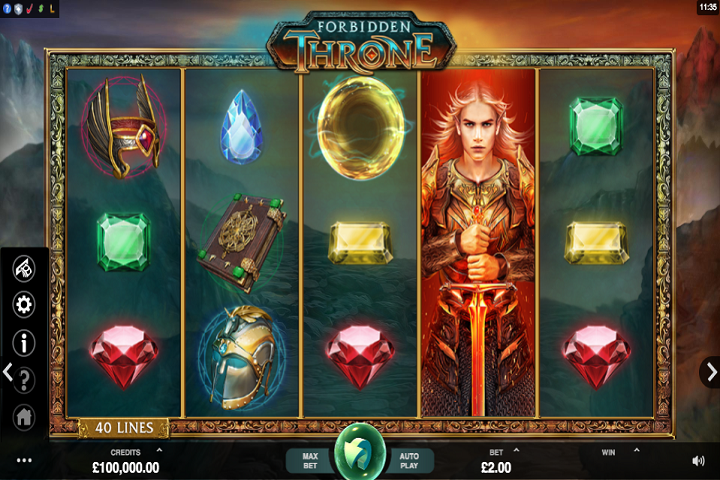 This Game of Thrones-inspired epic aims to take you on an adventure unlike any other, and we’re going to find out whether or not it lives up to the hype.

Wulthor and Sorconass – the Lord of Fire and the Queen of Ice, are the guardians that assist you on your never-ending journey towards immortality and glory. You’re dropped into this larger than life kingdom that invites you to suspend everything you once knew about our reality, and in place of it comes a land of imagination.

There’s no beating around the bush with the reels: 5×3, standard and straight to the point. Every single symbol, including the big expanding ones, serve a purpose, and they all feel as important as the last.

There are 40 paylines to work your way through in this slot and while that may not be the biggest figure, it often doesn’t matter with a slot like Forbidden Throne – because there’s so much more to the story.

You have to be prepared for the RTP to change the general opinion of a slot for a lot of punters, even before they’ve started their own experience. There’s nothing wrong with that, given the end goal is to win as much money as possible, but there is a joy to embracing the importance of the other elements that FT offers, too.

The RTP for this slot comes in at 96.01% which is slightly over the ‘average’ boundary, and yet while that may be pretty run of the mill, the volatility isn’t – as it’s considered to be very high. You’ll need to possess some real patience with Forbidden Throne, but when that win comes, it’s going to come in a big way.

The lowest wager for players, both beginners and veterans, is 0.40, but that does roll all the way up to 200.

From that point it’s anyone’s ball game, with 8,000 coins being up for grabs if you play your cards right.

The theming is just so sleek and to the point, and while some don’t find this style all too appealing, it really is right up our street. The soundtrack starts off slow but really does begin to build the tension, as if there’s some kind of epic battle scene just waiting for us right around the final corner.

If the background theming was just slightly more in-depth then we’d view this as a masterpiece, but because we feel so engrossed in this universe, we’re often able to use our mind to picture what an expanded version of this slot would really look like.

In terms of the symbols, they really do go hard in the paint with a whole host of fun icons to examine, including: gems, hamlets, amulets, crowns, a spellbook and the sorceress. From there, you’ve got a string of symbols that act as stackable wilds – the dark elf, castle, unicorn and the Forbidden Throne logo itself.

We’ve already made a note of the stackable wilds, and as you can probably imagine, they make up a huge portion of the bonus features. The Wild Reels feature is on display during the slot’s gameplay, and apples throughout from the moment you start playing until the minute you switch off. You will get between one and five wild reels that appear on the board, and depending on how many you find, you could be in for one hell of an evening to celebrate your winnings that may stem from your free spins.

Three can give you 10 free spins, four gives you 20 free spins, and five awards you 30 free spins. You can retrigger this feature an unlimited amount of times, so there’s a good chance you aren’t going to get bored.

The jackpot isn’t progressive, but there’s enough money on the table to make sure that doesn’t become too much of a key factor in how you play.

A game that feels as modern as this one does should be enjoyed on any and all platforms, which is why it has been made compatible with iOS and Android devices – from mobile to tablet.

The graphics have an important role to play in this slot, obviously, and you can adjust the game to make sure it fits what your device is capable of. On the Settings section, you can edit the slot so that it works under either basic or enhanced conditions, which should make sure a poor connection never stands in the way for longer than a few minutes.

Many slot games that work in association with the fantasy genre tend to promise a lot, and they often fail to deliver. With Forbidden Throne, we’d argue that it falls short of the mark when discussing slots that set the standard for fantasy – and, in particular, for the Game of Thrones theme.

The RTP is decent and there’s a high volatility to it, but high rollers will still wonder whether it’s the best slot for earning the big bucks.

If it doesn’t come down to the finances then you want to make sure the legacy of your slot rests within the design, and while it’s as mystifying as it is hypnotic, we do wonder what kind of shelf life it will have.

You should definitely test the waters with Forbidden Throne, but it doesn’t qualify as an all-time classic in our opinion.