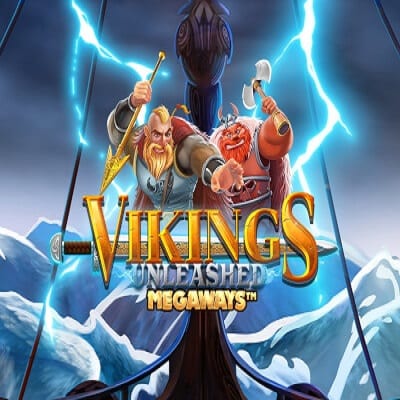 For hundreds of years, Vikings have been viewed as more than just seafaring Norse people - they’ve been looked at as heroes. From their culture to the stereotypes every single nation on the planet seems to associate with them, they’re often considered to be amongst the toughest of the tough in every walk of life imaginable. 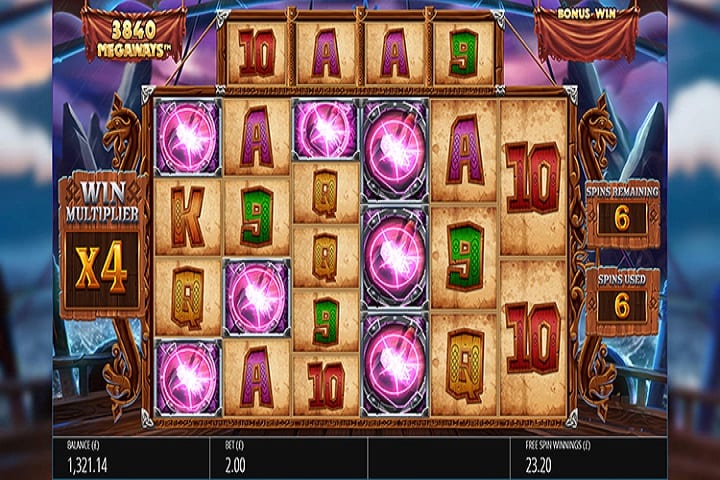 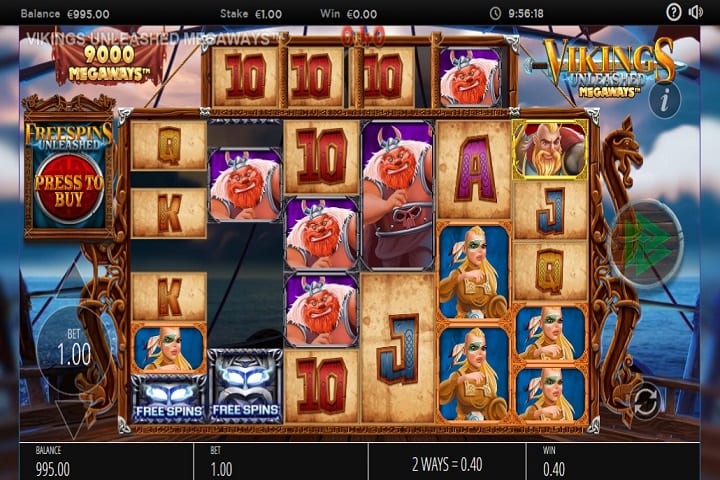 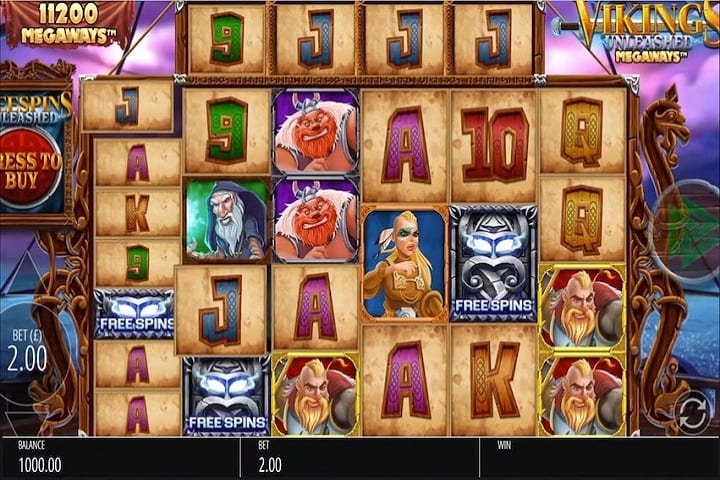 Whether or not that’s actually the hard truth is another matter for another day, because we’re here to simplify things ever so slightly by examining a slot game that attempts to capture the heart of these warriors.

Megaways’ Vikings Unleashed serves as an ambitious attempt to tap into this market, and we’re intrigued to see what the end result looks like.

We’re thrown straight into the heart of the action before we even really know what we’ve signed up for in this slot, and that kind of instant ‘hit you in the face’ structure is always going to make for an immersive, theatrical experience. There’s no threat of players simply dipping their toe in the water because in the blink of an eye, the high seas take the ship in every single direction imaginable. Buckle up, because it’s going to be a bumpy ride.

There are six reels to work your way through with the middle four reels having an extra slot at the top of the board, ensuring there’s always something to keep an eye on as you go in search of the ultimate prize.

Finding any kind of prize shouldn’t be all that difficult, either, considering there is a monumental 117,649 ways to win.

The quality of any given player doesn’t rest solely on whether or not the slots return to player (RTP) statistic is important to them, but regardless of which side of the argument you fall on, the impact it has in the eyes of many simply cannot be denied.

The figure for Vikings Unleashed comes in at between 96.50% and 96.75%, which isn’t a bad position to be in. It’s comfortably above the standard industry average, and it’s also ranked as a highly volatile slot – so if you’re going in search of the big bucks, you could well be in luck.

The minimum stake isn’t likely to throw anyone off the scent at 0.20, whereas the maximum isn’t going to require remortgaging the house at a total of 10. What could lead to you buying an entirely new house altogether, though, is the maximum winnings, which comes in at 50,000x your initial stake.

The graphics for this slot are utterly sublime and that needs to be said before we get onto absolutely anything else. There’s a clear story, the animation is slick, and the soundtrack is out of this world. The tension builds as if we’re entering the climax of a truly epic battle, and at times, we really did feel like we were there on the frontline going to war with our comrades. It sounds over the top, but it’s true, and while the spins may move too quickly for some, we don’t see a big problem with that strategy – although it may create a sense of seasickness if you’re prone to such a thing.

We can’t escape the playing cards as they do make an appearance here in the form of A, K, Q, J, 10 and 9 before we head on up to the themed symbols. They are as follows: the sorcerer, the lady Viking, the red-bearded Viking and the almighty warrior.

Bonus features can be absolutely vital to the success of a slot or they can be deemed surplus to requirements – it really does depend on what they’ve got on offer. Nobody is suggesting that they’re irrelevant, far from it, but there is a balance that needs to be struck if you want to gain a loyal fanbase.

The rune tile with the word ‘Wild’ spread across it is, unsurprisingly, the wild symbol, and can replace any and all other symbols aside from the scatter. The scatter is the Viking battle mask with the mystery symbol being the one and only Thor’s hammer – which transforms into a randomly chosen symbol (outside of the wild and scatter) for further big wins.

Cascading Symbols – In what is a common addition to most Megaways games, the Cascading Symbols feature activates when you form a winning combination. The winning symbols cause a chain reaction and are then removed from the reels, being replaced by new ones until you’ve exhausted all possible options.

Free Spins – When you land four scatters you will be able to unlock the free spins feature, starting off with 12 free spins. You can then proceed to get five more for every extra scatter that lands.

The jackpot isn’t progressive in this slot but if you don’t secure some tasty sums after a decent session, we’ll be shocked.

What’s the point in making a game this gorgeous if you can’t enjoy it across multiple platforms?

There’s something great about playing a slot that is able to run as smoothly on your mobile as it is on the desktop, and for us, Vikings Unleashed fits the bill in that regard.

Megaways, in our opinion, has hit a home run with a Vikings Unleashed in a slot that really does pack a punch. The graphics are superb, the potential winnings are high, and the bonus features intrigue us – but not to the point where they become too convoluted.

It’s an incredibly popular title and it’s not exactly difficult to understand the reasoning behind that, and we can see it being a force in this field long into the future.

At the end of the day, Viking strength rules all.