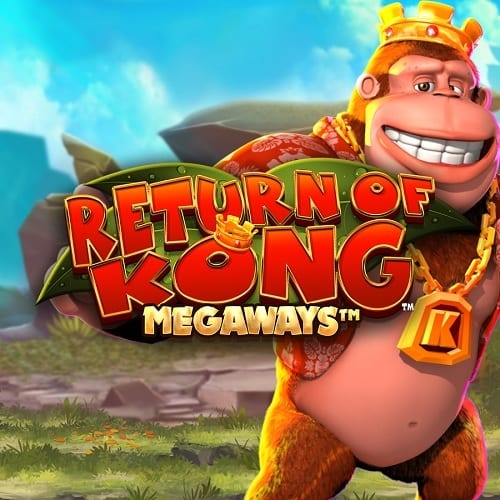 When we hear the name Kong, more often than not, we think about one of two things - the great and almighty King Kong, or the often entertaining Donkey Kong that lights up the track whenever we decide to boot up Mario Kart. 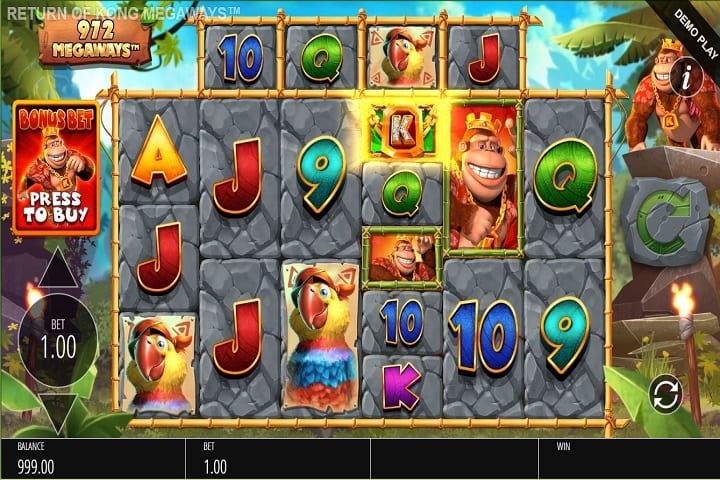 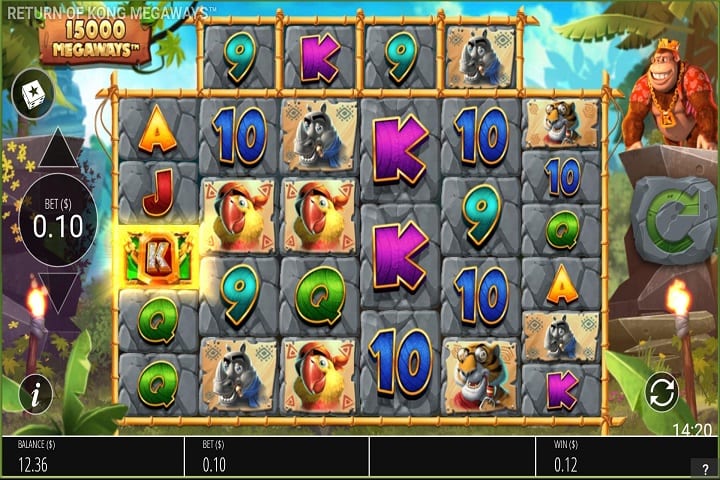 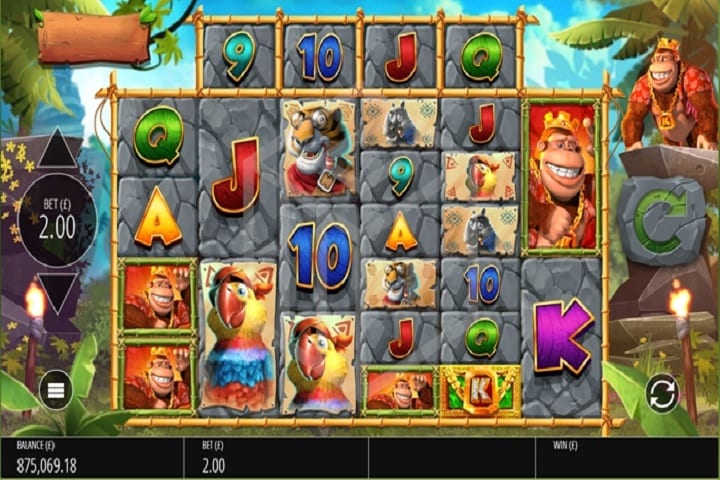 Today, though, we’ll be taking a look at a slot that gives the name Kong an entirely new meaning: Megaways’ Return of Kong. From what we can gather, that meaning is something along the lines of Hawaiian party king.

Whatever the case may be we’re excited to immerse ourselves in this new world, and who knows, perhaps we could get a thrilling new slot out of it, too.

We venture deep into the heart of the jungle for a setting that doesn’t try and play off of intimidation, but instead, hones in on the idea that a slot can get away with being a whole lot of fun. There’s a really professional aura given off by the initial game, and while that may seem odd, it does bode well for those who base their interest off of the first look.

The board design works nicely in alignment with the theming as there are six reels across to enjoy, with the middle four reels having an extra slot at the top of the board – maximising the likelihood of something special happening on every single spin.

If you weren’t already convinced, then perhaps having a potential 117,649 ways to win will do the trick.

Statistics make the world go round in pretty much every single line of work, and the same can be said for the slots. One such example of that would be the slots return to player (RTP), and while some may see it as a burden, others use it as an accurate indicator that lets them know whether or not they should fully invest in the game at hand.

The figure in this instance is 96.03% which is above the industry average, but in the grand scheme of this slot’s competition, will probably only warrant a slight nod of the head from experienced players. Still, with medium to high volatility, the high rollers should still look at this slot as one that possesses some serious potential.

You won’t have to break the bank in the name of getting started here either as you can place a minimum stake of 0.10, but on the other side of the coin, you could put down a maximum stake of 100.

The big news of the day, however, lies in the fact that you could walk away with 50,000x your initial stake.

There’s a whole lot of noise that emanates from this slot, and when you consider the source material, that shouldn’t really come as too much of a surprise. Games like this are all about being boisterous and having a good time, and the soundtrack – alongside many of the effects – ensures that this theory becomes a reality fairly quickly.

It’s a slick game to play despite the heavy animation and we really like the consistency in the design work, which is often a difficult partnership to marry up.

The playing cards aren’t immune from making an appearance of their own and they do so with A, K, Q, J, 10 and 9 all featuring before we move on to the themed symbols. They are: parrots, tigers, rhinos and the one and only King Kong.

The majority of people won’t claim that a slot lives and dies by the bonus features, because it’s not 100% accurate. Even with that being the case, though, it does need to be kept in mind that having extra benefits to a slot can increase the likelihood of players sticking around once they’ve given it a go.

As is the case in any good slot there is a wild symbol that is capable of replacing any and all other symbols aside from the scatter, with the latter being particularly important.

The Mystery Kong feature can be triggered on any random spin, with Kong throwing a golden barrel (of which there are many at any one given time) at the reels to add upwards of 100 mystery symbols. They will then transform into the same randomly chosen symbol.

The scatter, though, is quite vital as we’ve said, and it can appear on reels 2, 3, 4 and 5. When you get it, the scatter will spell out ‘KONG’ and you will be able to trigger the Free Spins feature – giving you a tidy 12 spins to enjoy. Each extra then gives you five extra free spins, and when you’ve got it, the Mystery Kong feature will also be activated during every free spin.

The Cascading Symbols feature is prominent throughout many Megaways products with every win seeing the contributing symbols disappear, for them to then be replaced by new ones. Alongside this, and the Unlimited Win Multiplier, you will be able to keep racking up the cash until no more combinations can be formed.

Finally, we’ve got the Golden Monkeys feature during the free spins. If you find three golden monkeys then you will get two more free spins, and as you can probably tell, Kong loves a good free spin.

The jackpot isn’t progressive but at a possible 50,000x your initial stake, does it really need to be?

This slot has been made optimal to play on any and all mobile devices, and truth be told, we think it actually manages to excel further on your phone than it does on the desktop.

Return of the Kong is silly to some, but to others, it holds the power to change your life with one single spin.

Slots like this can be deceptive in the fact that their playfulness can often be mistaken for weakness, but trust us when we tell you that RoK is a slot that’ll hook you in like few others can in the current market.