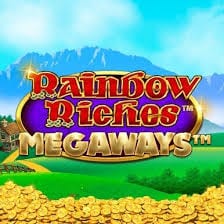 Top o’ the mornin’. Irish culture and slot games go together hand in hand, and that won’t come as a surprise to most of you reading this. We all know that winning on the slots is difficult and winning big is even harder, and there’s certainly a slice of luck that everyone needs to take their earnings to the net level. 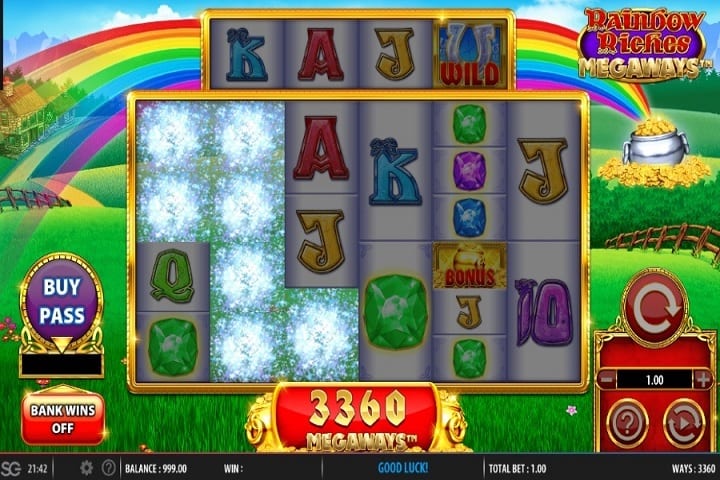 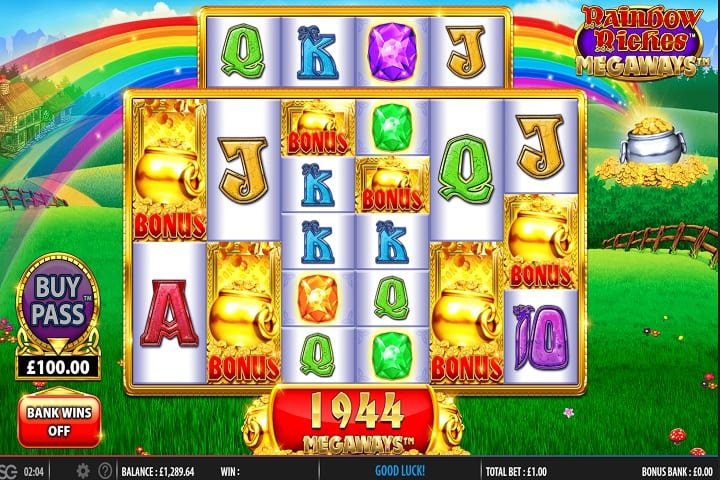 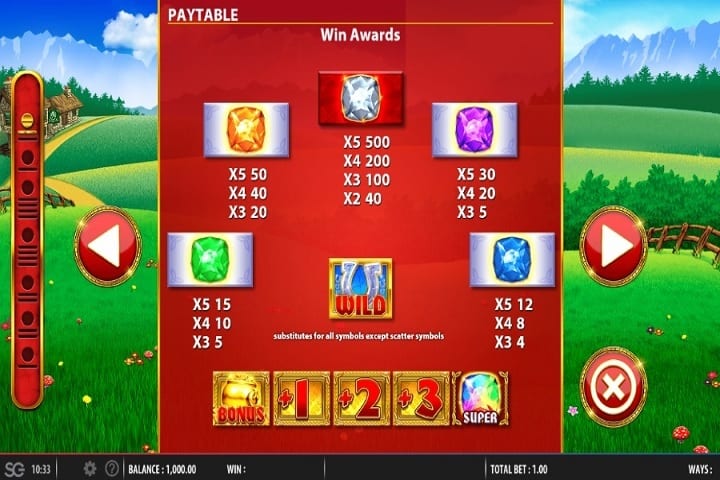 Megaways has attempted to capture the essence of that ideology in the Rainbow Riches slot that we’re going to be reviewing today. It’s big, it’s bright and it’s in your face, but for many, it’s the kind of slot that helps to motivate players and lead them to believe that they could do something special.

It’s colourful and it’s playful, and it’s the kind of slot that is always going to keep you guessing. There’s a good pace to the game, it’s not overly complex, and it tends to stay in line with the sort of layout that we’ve become so accustomed to seeing in regards to Megaways’ products.

There are six reels spread across the screen and with the four middle reels having an extra slot at the top of the board, there’s a whole lot to keep your eyes on during the gameplay. The symbols tend to split up into smaller sub-symbols depending on how every spin goes, and as you’ve probably come to expect by now, there are so very many ways to win at an astounding 117,649. With those kinds of numbers, you won’t be hitting the exit button in a hurry.

There’s a certain ‘give or take’ element to the RTP of a slot, with some using it as their one guiding beacon whereas others don’t put too much stock into it whatsoever. There’s no one correct way to handle it, but the fact is that it’s a statistic that will be used and analysed in this industry for many years to come.

The figure for Rainbow Riches is pretty consistent regardless of where you look, landing between 95.90% and 96%. That puts it on par with the majority of online slots, and while it is only slightly above the average, it does have medium to high volatility which is always going to lure in a few of the bigger spenders out there.

This is a slot that isn’t actually all that old having been released in July 2019, and the provider clearly knew that they wanted to try and appeal to beginners as well as those looking for the big payouts. That’s probably why there’s a nice, low minimum stake of 0.20, with the maximum stake not being out of this world by any stretch of the imagination at 20.

The aforementioned big winnings are there for the taking for anyone who dares to dream because if you’re lucky, you could secure 12,500x your initial stake or 250,000 coins – whichever comes first.

Set in the Irish countryside, there’s always bound to be some level of frustration from those who aren’t a big fan of going too hard in the paint with stereotypes. With that being said, there’s a traditional feel to the way in which the design work has been done, and the soundtrack is fun whilst not drifting into the territory of being too annoying. There’s some lag to deal with and overcome, but that’s to be expected given the animation on display.

It’s quite difficult to find a slot that doesn’t rest on the shoulders of the almighty playing cards, and this is no different. The 10 card starts us off and goes all the way up to the ace, before we make our way onto the gemstones. You’ve got blue, green, purple, orange and clear, with the latter being the most lucrative.

Bonus features help a lot of prospective punters make up their minds about whether or not they want to commit to a new slot, and Rainbow Riches certainly doesn’t disappoint.

The lucky horseshoe serves as the wild here and is capable of replacing any other symbol on the board – aside from the Super Gem, pot of gold & +1, +2, +3 bonuses. Sound complicated? It really isn’t.

Cascading Wins – This makes an appearance in quite a few Megaways games, and that’s also the case for Rainbow Riches. When you get a winning combination, the participating symbols are removed and replaced. From that point on you can continue to pick up wins from every single spin until you come up short.

Super Gem Bonus – If you want to trigger the Super Gem, then naturally, all you need to do is wait for the Super Gem symbol to pop up on the vertical reel. All visible gems will be transformed into a randomly selected gem, making for a lucrative combination.

Free Spins Bonus – If you get four or more bonus pots of gold on the main reels, you will get 12 free spins. Each extra symbol will award you with five more free spins, meaning that there’s a chance you could end up with 22 to start things off. The +1, +2 and +3 symbols can give you more free spins to go alongside an Ultimate Multiplier feature – which is probably why there’s so much money on the table to be won.

You can also buy your way straight into the Free Spins Bonus feature if you want to skip the queue, but that depends entirely on what kind of experience you want to have.

No, the jackpot isn’t progressive, but that really isn’t the thing that people should be focusing on here.

Desktop, Android, iPhone, tablet, whatever the case may be, Megaways is on hand to give you what you need. The game works perfectly well on these devices, and you could even say that it’s a bit slicker on the mobile.

If you’re looking for a slot that is entirely unique with its theming, this probably isn’t going to be the game that tickles your fancy.

But if you just want a slot that’s going to be fun and entertaining, Rainbow Riches has you covered. The possible winnings are big, it’s not too hard to understand, and it’s near enough impossible not to get some kind of enjoyment out of it.