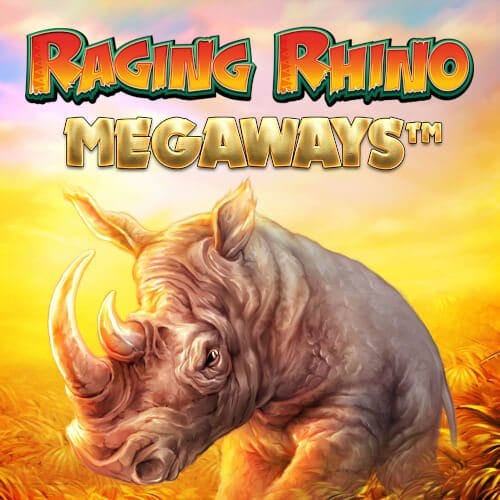 There are some truly breathtaking and remarkable animals out there in the world today, but perhaps few more noble - and intimidating - than the almighty Rhinoceros. This stunning beast has been honoured in many great ways over the years, whether it be through the art of film or simply via documentaries that aim to raise awareness of the many issues they continue to face as a species. 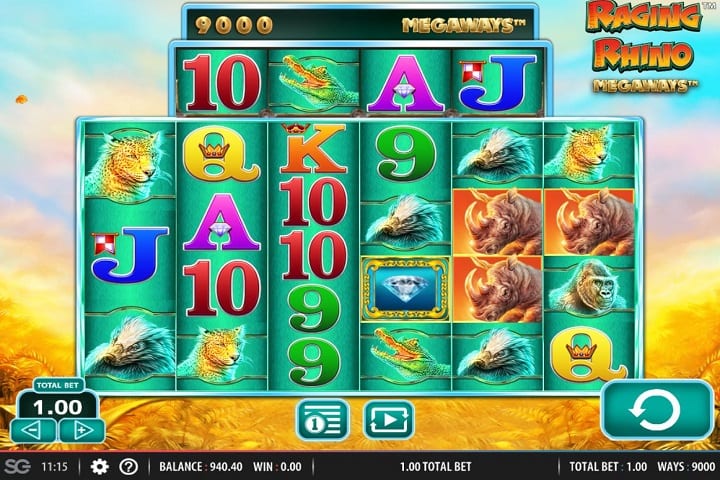 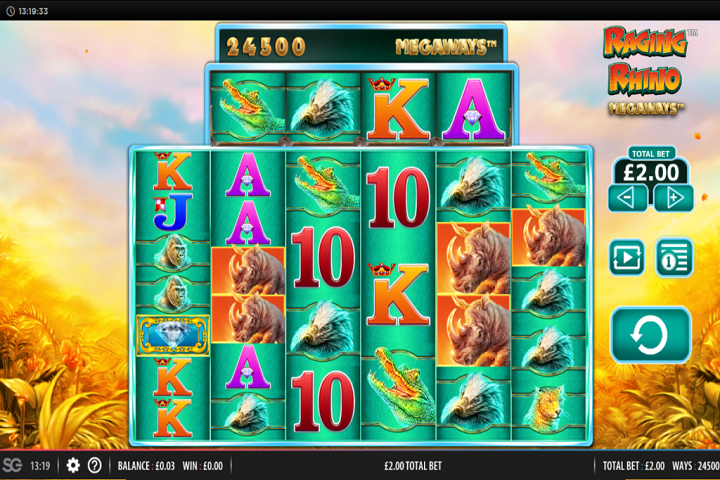 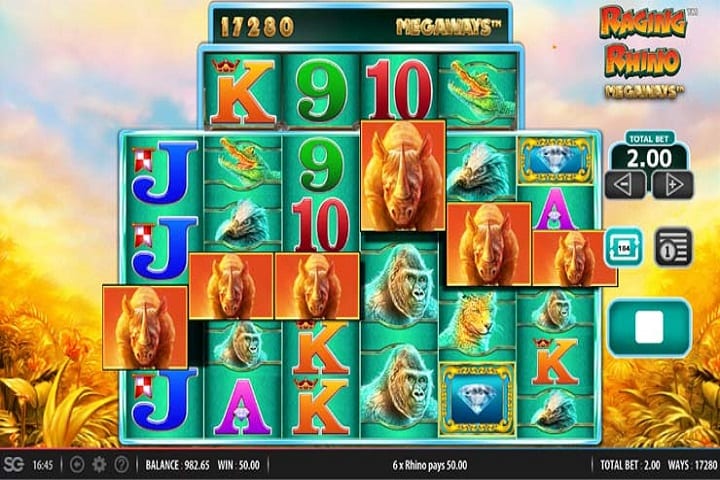 There are some truly breathtaking and remarkable animals out there in the world today, but perhaps few more noble – and intimidating – than the almighty Rhinoceros. This stunning beast has been honoured in many great ways over the years, whether it be through the art of film or simply via documentaries that aim to raise awareness of the many issues they continue to face as a species.

Today, we’re going to take a step back and look at a far more lighthearted approach in the form of Megaways’ Raging Rhino slot game.

They may not always be particularly elegant, but the hope is that this provider has been able to capture the spirit and heart of a creature that deserves far better than being locked up in any zoo.

It deserves to roam through the wilderness, and that’s the kind of energy we hope this slot brings.

We venture over to the African grasslands for the latest in a long line of slots that pay homage to this absolutely breathtaking continent, and instead of it being set in the dark of night, we’re able to see the sun shining down in all its glory as we await the appearance of the title character.

There are six reels present on the board but as tends to be the case more often than not with Megaways, there’s an extra slot in the middle four reels at the top of the board. In addition to that, the symbols can sometimes be reduced or increased in size to alter how many appear on each row from spin to spin.

There are winning combinations coming out of our ears from this slot and that’ll be the case for pretty much everyone that sticks to their guns and goes in for the long haul, as there is an insane 117,649 ways to come out victorious.

Anyone and everyone can tell you that the slots RTP can make or break the spirit of a truly hardcore punter, but for those who throw caution to the wind and would rather take their chances, it’s a statistic that may not even factor into your decision making whatsoever. Either way, though, it’s always going to bear some relevance to someone out there.

For Raging Rhino, the grand total of the RTP rests at 96.18% with medium to high volatility. So while you may have to wait a while before you get the bigger payouts, Megaways is also taking a bit of a risk with an RTP that only sits at just about the industry average.

Getting started at a slow and steady pace tends to be how most folks ease their way into a new slot, and Raging Rhino offers you the chance to do just that with a minimum stake of only 0.20. The maximum doesn’t exactly force you to break the bank, either, coming in at 20, but you could end up winning 12,500x your initial stake or 250,000 coins – whichever comes first.

Plodding isn’t exactly a word that you want to be used in relation to your slot, but unfortunately, that’s the kind of vibe we get from the jittery gameplay of Raging Rhino. They definitely played it safe with the actual design work and while the symbols are nice, the colour scheme is a bit all over the place, and the soundtrack tries too hard to imitate something you’re more likely to hear in The Lion King.

The playcards are in use as they are in most Megaways games, starting off with 9 before running all the way up to the ace. They then move on to the animal theming as we get to enjoy some crocodiles, badgers, cheetahs, gorillas, and the namesake rhinos.

We aren’t always going to stumble across a world class set of bonus features, but Megaways do have a reputation as of late for going above and beyond the call of duty – but did they do the same for RR?

The sunset symbol is the wild for this slot and is able to substitute itself for all other symbols aside from the scatter, which in this case, is the white diamond.

One of the primary features is the Cascading Reels, where if you form one or more winning combos, the contributing symbols explode with even more symbols to replace them where the empty spaces are left. This process will continue so long as you get winning combinations, and if you build up a bit of a streak, you could really be off to the races.

The Free Spins feature is activated when you land four or more diamond scatters anywhere on the reels. You can start off with eight free spins but secure another eight if you get three or more scatters on a free, and every time you get a notable win, the multiplier increase by 1x – with no limit being set as to how high it can go.

The jackpot isn’t progressive but, once again, it doesn’t need to be with the potential on offer here.

It’s all well and good having a well created, well organised slot game, but if it isn’t compatible with mobile devices, you’re pretty much living in the stone age. Thankfully, Raging Rhino is available to play on all such platforms, even though it does fall victim to being a bit “laggy”.

The graphics really do let this game, as does the fact that the bonus features don’t really do enough to make up for the lack of excitement in comparison to some of Megaways’ more popular titles.

There’s always going to be a certain charm to slots that are themed like this and it’s a genre that often proves to be quite successful, but what you really want is to get some repeat punters.

It all comes down to what kind of first impression you make, and Raging Rhino doesn’t do enough to warrant a second look in our book.