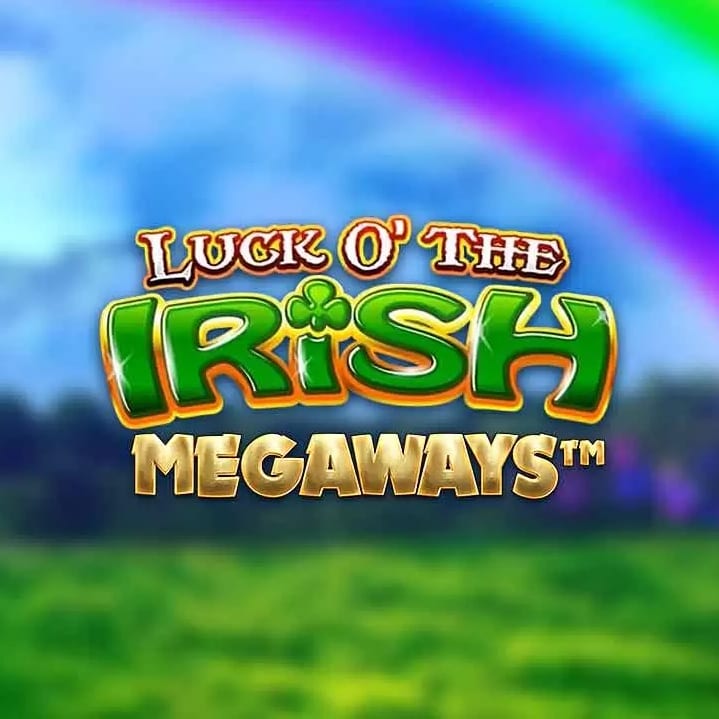 When you look at the different slot themes that are available for players, one of the most popular is Irish.  We have seen many Irish themed slot games enter the market, and some of those have been incredibly popular over the years.

This is certainly an area that will continue to be targeted by developers and in Luck O’the Irish Megaways we have another here.

Like your Irish slots? Make sure you read our in-depth review of this title below.

Blueprint Gaming are the team behind this slot, they are one of the most experienced development teams when it comes to Megaways, you are in good hands here. As ever, they have teamed up with Big Time Gaming to use the Megaways license that they hold.

Anyone who has played a Megaways game before will notice that this looks a little different. The reels on this game are 5×7 instead of the usual 6×7 and that cuts down the total number of possible win lines, there are 16,807 on offer for players here.

Bets start at just 0.10 so smaller staking players can get involved and they run up to 25, meaning the vast majority of gamers are covered.

As for the theme, this is loosely based on Ireland, though the specific theme of this game is leprechauns and they are featured on both the highest paying symbol on this slot and the mystery symbol, so certainly play a big part.

The background of this slot has big green fields and a rainbow over the top, alongside some nice looking gems that look great on the gaming board. It is a very nice and relaxing game to play and offers something good to look at.

If there is a slight disappointment with this slot then it is with the RTP that is in place. This is just 95.00%, which makes this slot below average in terms of return to player.

This may put some people off, though it is purely down to player preference because there is a reason for this. The slot is a highly volatile slot, which doesn’t focus too much on the regular wins and instead builds up to a big one. Slots like this generally have lower RTP’s in place, that is what we see here.

How this slot works regarding the bonus game is different from almost every other Megaways game. For that reason, we do not have a wild or scatter symbol on this slot, which may feel a little odd to begin with for players.

That means you are looking for just three types of symbol while you are playing.

The first are the standard card symbols that are on offer. These run from 9 to A and they provide the smallest wins from the standard game. You are going to see a lot of these and combinations will pick you up a small win.

Then we have the gemstones, which are also popular. These work in the same way as the card symbols, you will see them regularly and they are standard symbols on the game. However, their value is higher, so if you get a winning line using a colour of gemstones, you will get a better payout than with the cards.

The other symbol style on the reels involves leprechauns. There are two different ones to look for here. First up, the standard leprechaun symbol is a standard symbol like the cards and gemstones, but this is the highest paying symbol on the board.

If you want to win as much as possible, these are the symbols you need to be putting together. Then we have the mystery symbol, which is a lucky leprechaun. These will appear on the reels and the lucky leprechaun is used to hide what they are.

The key thing to remember while playing the game is that all mystery symbols on the reels will be the same symbol when revealed, so you want to be getting as many of these as possible.

As mentioned, the bonus game on offer here is very different to others we see. There is one simple reason because the bonus game is always available, you don’t need to do anything to get onto it.

Simply press the red button on the left-hand side of the slot game to activate the bonus game and move out of standard gaming. This will put four gaming boards on your screen and you play them all at the same time.

The big feature to look out for in the bonus game is mystery symbols. Not only are these good but they clone onto the other reels, so add up over time and give you the chance of winning big by combining them all together.

This is different, and some would say a simple bonus game but the big advantage is that you can access it when you like.

We have seen a big shift in the way people play slot games. Many are now turning to handheld devices and for that reason, mobile compatibility is a big deal for new games.

If a game wants to become one of the best, it needs people to play. Cutting out mobile players is not how to do that, and the good news here is that Luck O’the Irish Megaways is available to play across mobile phones, tablets and desktop computers. No one is cut out here, anyone who wants to play this title can do so.

Luck O’the Irish Megaways is an Irish themed game that offers a slightly simpler version of Megaways to players. With a strong theme and a bonus game that is both simple and easily accessible, this is a game that newcomers can try out without fear of being swamped by the game.

The RTP is a little disappointing but this is a highly volatile slot that gives the chance to win big. If you want a simple Megaways game, this is one that we recommend to players.