Ah, the luck of the Irish. The colourful, larger than life culture that is so deeply embedded into the heart of Ireland has been well documented - and that legacy tends to go hand in hand with the world of slots. 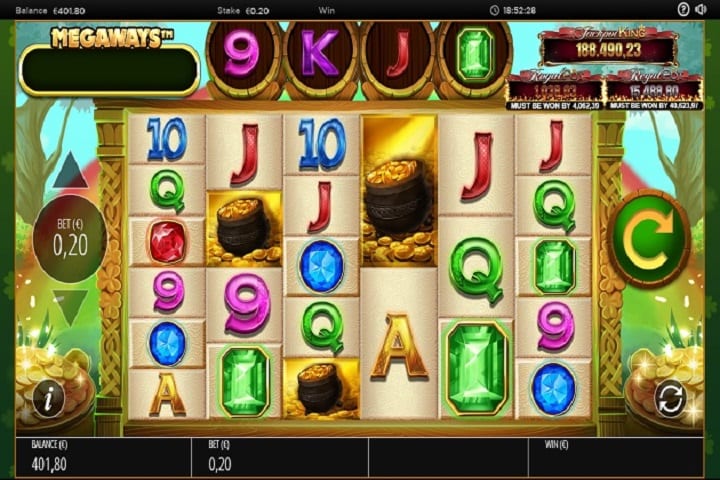 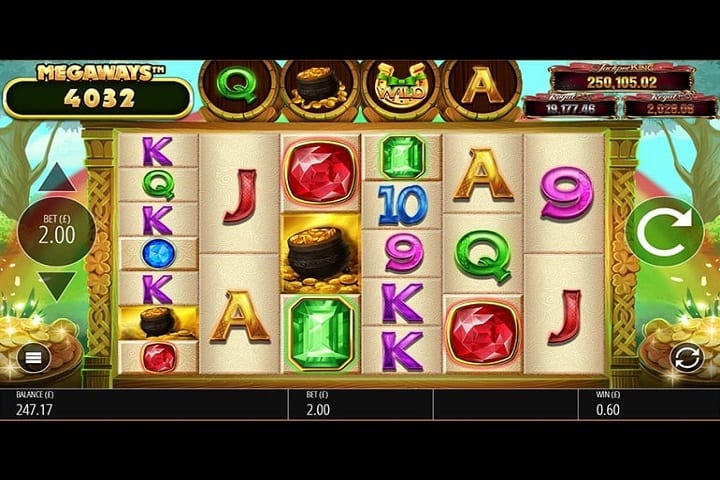 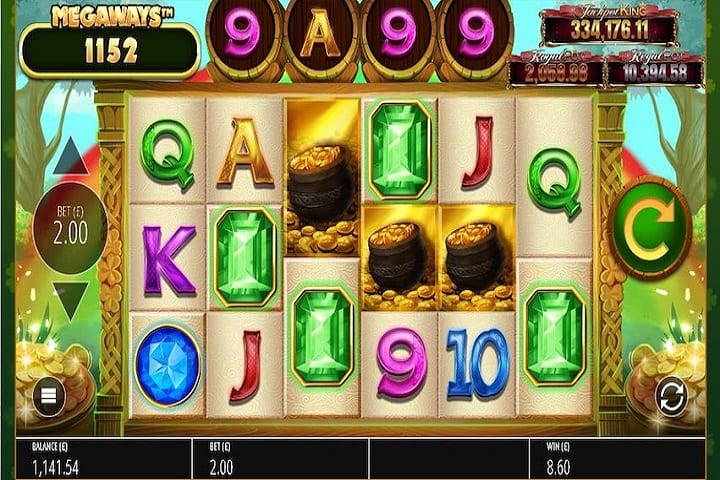 Megaways’ Irish Riches offering attempts to blend the two together in a way that we haven’t previously seen before, but as we all know, being unique in this kind of business isn’t always the easiest thing to do.

We’re hoping to discover a fun slot that oozes both financial potential and great bonus features – but is that what we’re going to get?

Although we may see the standard pot of gold with a whole lot of Irish heritage thrown in there, our initial reaction to Irish Riches is quite different to what you may expect. There’s a slightly darker tone to this slot in comparison to some of the others in this field, and while it isn’t exactly dramatic, we do appreciate that Megaways has attempted to go in a slightly different direction.

The layout is pretty standard with six reels spreading across the screen, and the board is actually pretty large in comparison to some of the other games from this provider. The symbols also tend to break up into sub-symbols in order to give players even more chances to take home the big bucks, which is showcased in the fact that there are an insane 117,649 ways to win in Irish Riches.

It’s always difficult to get a nailed on, accurate idea of what kind of slot we should be expecting to play before we’ve even played it. One tool that is often used to help people along in that process is the slots return to player (RTP) percentage, giving you an insight into what sort of returns you could get if you keep plugging away.

The actual figure for IR varies a bit more than most folks would like, but it does fall between the range of 95.93% and 96.93%. Depending on which end of the spectrum you choose to side with, this could be viewed as a really positive result. It’s above the standard industry average regardless of which number you look at, but the volatility is listed as low meaning you’re more likely to secure a higher quantity of smaller payouts (if that makes sense).

The minimum stake is very reasonable at 0.20, whereas the big spenders out there are more than capable of splashing the cash with a maximum stake of 100.

During the base game the maximum you can hope for is landing a prize of 50x your initial stake, but all of that can change as you enter into the bonus features.

The soundtrack has been done really well and the darkness surrounding the background gives us a different flavour than we’re used to seeing in Irish-themed games, but we do wish they’d stuck with that idea through the main board which feels a bit clunky at times. Still, it grabs your attention, but we do wonder whether it does so more than any of its similar competitors.

The playing cards are given a slightly different feel this time around, as the A through to 9 cards make an appearance under a new Celtic-style design. We then move on to the main symbols, of which there aren’t many: the blue gemstone, red gemstone, green gemstone and the all-important pot of gold.

Bonus features tend to make the world go round with a lot of these slots, and the same can most certainly be said for Irish Riches. We start off with a wild symbol, the horseshoe, that is capable of replacing any and all other symbols on the reels aside from the scatter – which takes the form of a diamond. There is also a mystery symbol that is worth keeping an eye on, as it becomes particularly relevant from the moment it first appears. It can land at random and transform into the same matching symbol, forcing a new payout calculation, with this being known as the Mystery Symbol feature.

We also have the return of the Cascading Reels. When a successful spin is made, the winning symbols are removed and new ones soon replace them – which goes on and on so long as you’re able to create new winning combinations.

If you can locate four of the diamond scatters on the same spin, you’ll be lucky enough to activate the Free Spins feature. You will start off with 12 free spins with every other scatter that comes giving you another five, with the free spins being used in the midst of the Cascading Reels bonus in the bonus game.

Somewhat surprisingly, this slot actually does have a progressive jackpot too as part of the Jackpot King network. You could be in with a chance of landing a massive, massive sum of money, with some reports indicating it could be in the low millions.

This can strike at random on any given spin, so keep your eyes peeled.

This June 2018 release wouldn’t exactly be useless without the aid of mobile compatibility, but its effectiveness would be reduced dramatically.

There are plenty of other games such as this out there on the market but we do have to admit it’s quite a smooth process playing it on your mobile device, as is the case with the desktop version.

We can admire Megaways for trying to think slightly outside of the box, but when push comes to shove, there just isn’t enough to differentiate Irish Riches from its rivals.

The volatility is quite low which isn’t going to create all too much excitement, but the one shining light for this slot could be the progressive jackpot.

Anyone who will happily play a game under this sub-genre should be able to get some use out of IR, but it’s not one that we’ll be coming back to anytime soon.