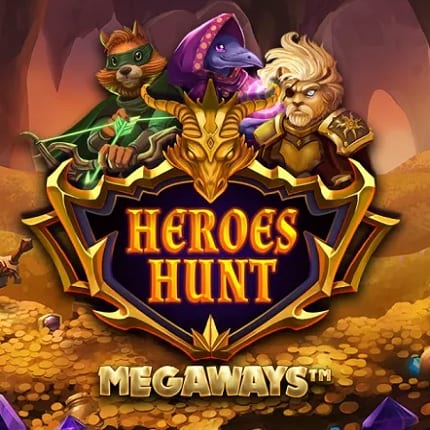 The development team at Fantasma Games have put together Heroes Hunt Megaways, another title using the Megaways mechanism from them. They have a proven track record using this, despite not making too many games yet. This game offers a smaller version of the standard Megaways, and with fewer lines to watch and think about, this makes it the perfect place for brand new players to begin if they want something simple to try out. 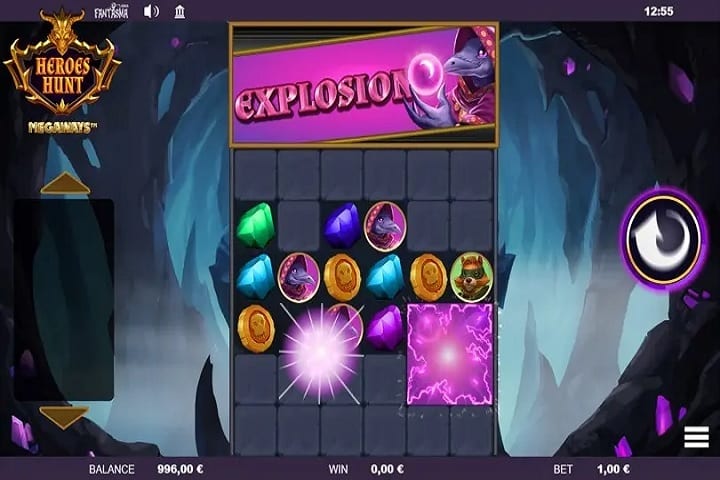 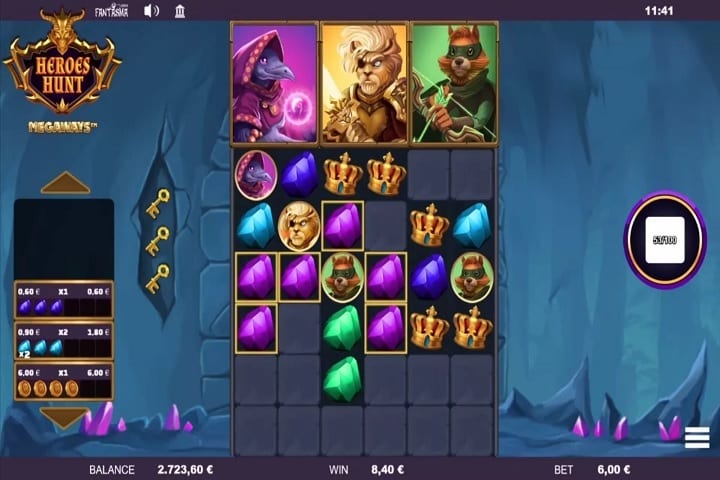 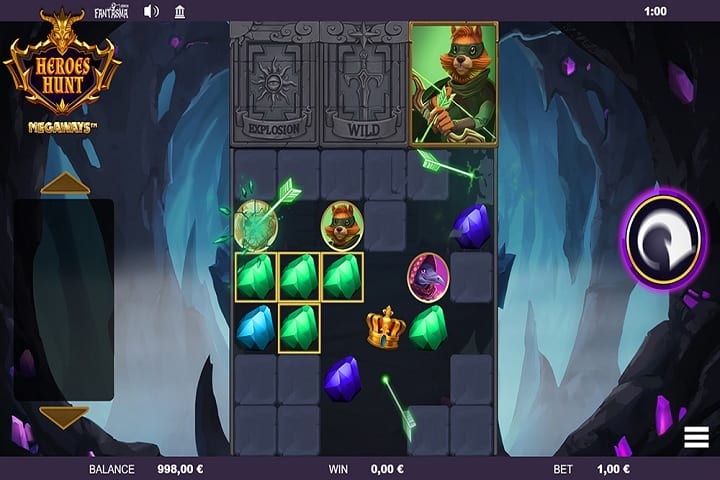 Those interested in this can read our in-depth review of Heroes Hunt Megaways below.

The broad theme of this game is fantasy, anyone who likes fantasy role-playing games is going to recognise this theme and like it. Specifically, though, the story of this slot puts heroes on a hunt to track down and kill a dragon.

You go on the hunt yourself as one of the three characters in the game, and this offers an exciting story to follow as you play on the slot, this is more than just a gaming board where you spin the reels.

The game has a 6×6 gaming board, and the maximum winning lines for the game stands at 46,656 which is smaller than regular Megaways games, but of course, there are still many chances to win.

Bets on the slot range from a minimum of 0.20 up to a maximum of 40. The maximum is a little lower than some other slots, but it should still be enough to cater for even the biggest staking players.

What stands out so far about this game has to be the storyline running through the game. You get more than just a slot game here, and this will no doubt appeal to many players.

A strong RTP is also on offer for those joining in the fun with Heroes Hunt Megaways. This stands at 96.65%, which puts the game above average and means that it offers a great deal to those who play it.

The RTP is often something that players either forget about or they look at last. It is fair to say that this isn’t a deal-breaker, but still something you should note when comparing games.

Now, let's get onto the main details about the game, starting with the symbols that are on show. These add to the theme and the story which is good to see, something else that will give you an immersive gaming experience as a player, you should always feel involved here.

The first symbols to mention are the base symbols, these don’t have any connection to the theme, and they also offer the lowest payout to players. These are card symbols, ranging from 9 to A, and you are likely to see them very regularly on your reels.

Then we have the heroes and the dragon symbol. These are of course crucial to the game, and give you something to look out for as you are playing. These symbols also pay a little better than the card symbols, with the dragon being the highest paying symbol on the slot, so one to certainly keep an eye on.

Moving on, two special symbols have an impact on this slot that you need to know about. The first is the wild symbol, which is a golden wild bar that looks great. The special symbols are both gold in colour to make them stand out, and with the wild symbol being a wild bar, there is no chance of confusion here.

The final symbol to mention is the scatter symbol, again this is gold but this time you have a golden key to look out for. This is another easy to remember symbols, as it is a key you need to unlock the free spins feature.

When you have unlocked the three heroes, these key symbols will begin to appear on the reels. Three of these will unlock the dragons den and give you the free spins feature that we will talk about below.

The first part of this game gives you the choice between three heroes. You choose one and have to unlock the other two before you can reach the free spins bonus game. Whatever you choose will define your game, because each hero has a different feature attached to them.

When the three heroes are unlocked in the game, you need to look out for three scatter symbols to activate the free spins game.

Inside this game, you will receive 10 free spins, with the chance to win more during the feature. You go up against the dragon in a battle here, the aim is to defeat it, and that results in a big prize win. The high paying dragon symbol is added to the reels here, to give you the biggest win on the slot to aim for.

This bonus game may be a little complex to unlock and play, but it certainly follows a story brilliantly and those looking for a story in their game will appreciate this.

Despite being an extremely complex game with many different aspects to work out and a big story running throughout, Fantasma Games have ensured that Heroes Hunt Megaways can be played on a mobile device.

Having mobile capability is vitally important for any game now, this game has that and it can also be played on tablets and desktop computers too, so no one will be excluded from joining in here.

If you are the type of player who prefers to see a story running through their game rather than simply spinning the reels then you are going to appreciate the depth of this game.

From start to finish you have something to follow and an end goal for you to aim at. This adds a real immersive experience to your gaming and makes this title stand out as being one that is very good.

With a strong RTP, great graphics and the story, there are many big positives for Heroes Hunt Megaways, a game that we highly recommend.