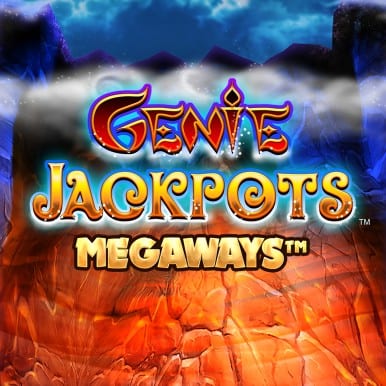 The mythical nature of Genies has always been a source of intrigue in the entertainment world, from Aladdin to the fascination surrounding general mythology and beyond. The glitz and glamour of the environment they reside in is always going to make for a fun interpretation in any kind of production, event or game. 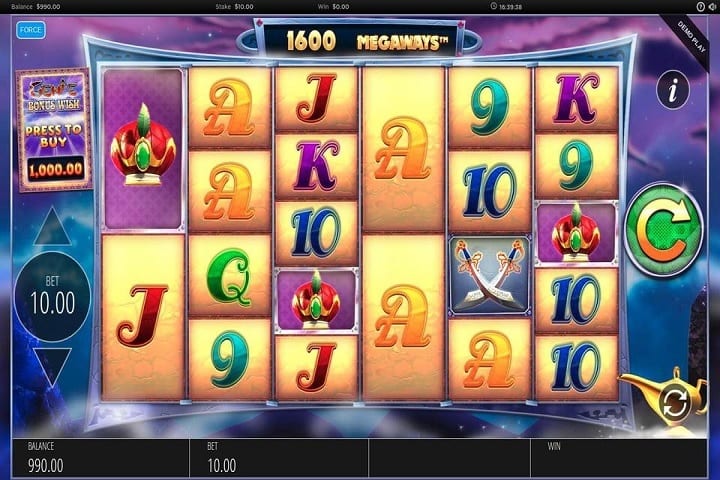 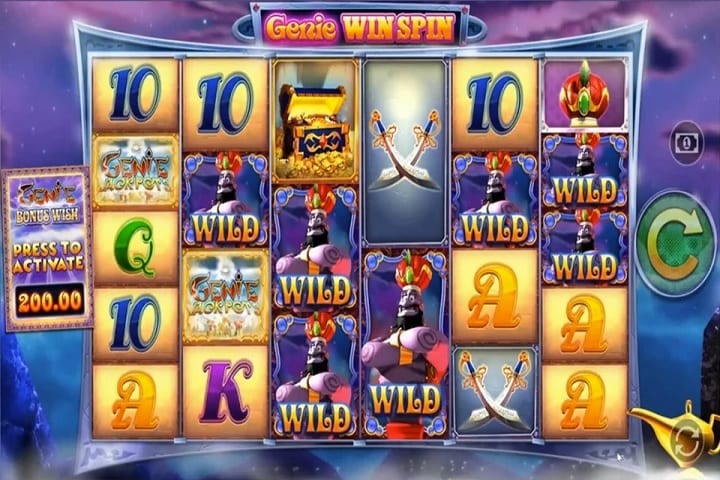 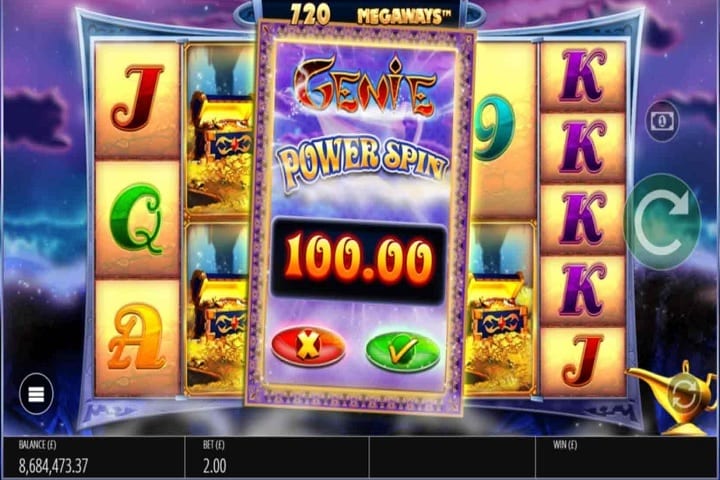 Today, we’re going to take a look at how Megaways have been able to capture the true essence in this niche genre through Genie Jackpots.

Beyond the stereotypes lurk a fascinating history, and we hope to see some of that being represented.

What rests against the backdrop of the gorgeous purple skies? The unknown. We’re guided through one hell of a journey by our giant purple Genie comrade, and we do so through an exploration of Arabic culture. It may not serve as the definitive blueprint for in-depth storytelling, but it does transport us to an entirely different realm – and that’s a bonus in itself.

The reel layout is pretty simple to follow but, as is the case with most of Megaways’ adventures, the size of the symbols can sometimes change, allowing for more to appear on any given reel. There are six reels that you can work your way through, and in order to prevent punters from getting too bored, there are more ways to win than we can even fathom with 15,625. If that isn’t enough of an incentive to keep plugging away, then nothing is.

The RTP in any given slot can either dampen your spirits or raise them, and while we can understand why some players would choose to avoid this statistic altogether, it’s nice to know what you’re getting yourself into.

As tends to happen with more than a few Megaways projects, the RTP can vary depending on the source. The smallest known figure rests at 95.75%, the most popular is 96.52%, and the maximum we’ve seen is 97.13% with a high variance. They tend to be above the standard average whichever way you look at it, but that kind of diversity isn’t going to be a popular mechanism.

Players are able to get started with this slot at a pretty generous rate, with the minimum stake being priced at 0.10. If you’re feeling lucky and you want to try your luck at the big winnings, you can put down a maximum stake of 100.

If you do take the decision to go all out in the hope of bringing home the gold, you could be rewarded with maximum winnings of 10,000x your initial stake.

The Arabian soundtrack helps to maintain the sort of flow and rhythm with a high stakes slot such as this one, and while there can sometimes be too much going on at any one given time on the board, it’s tough to deny how impactful the loud colours are – whether it be in the base game or any of the bonus features.

The game refuses to go too over the top with the symbols, which makes sense given the layout. They have the usual playcard customers from 9 all the way through to the ace, before they move on to the themed items. That starts off with a pair of scimitars, a turban, a ravishing treasure chest and the Genie Jackpots logo itself.

Alas, while they may look great, you might be sick of the sight of them given how loaded every single spin can be.

The making of most great slot games can stem directly from the theming, but if you aren’t going to put the work in with a thrilling bonus feature or two, then things could fall flat quicker than you can make all three wishes.

A slot such as this simply wouldn’t be complete without a further appearance from the somewhat terrifying Genie, and in regards to bonuses, he takes the limelight as the wild symbol. There’s a scatter, too, which takes the form of a lovely tile with the word “Bonus” laid across it, and it is the only symbol that the Genie wild cannot replace.

On any given spin the almighty Genie can awaken from his slumber and award one of the four Power Spin modifications – with all of them being listed below.

Wild Megaways – extra wilds will not only be added, but also guaranteed to award the maximum number of ways to win.

Genie Win Spin – extra wilds and mystery symbols will be added to guarantee a winning combination of some description.

Genie Wilds – extra wilds can pop up in five positions and turn a whole reel into a Genie wild, and the Genie can then land on the same reel once more to create a 5x multiplier.

Bonus Megaways – extra Bonus symbols are added to increase the odds of securing the main bonus feature, which is the Genie Free Spins feature.

You will be transported to the Cave of Wonders which is an impressive addition, and this mode can be triggered when landing three or more bonus symbols on the same spin. Depending on how many scatters you have you could receive 10, 12, 15 or 20 free spins before selecting one of four magical lamps to create yet another special modification. If you don’t want to leave it to chance, however, you could pay 100x your stake to enter, and you can actually select one of the four features yourself.

Mystery Wishes – Question mark symbols are added to the reels, transforming into the same matching symbols when they land.

Unlimited Multiplier – The multiplier begins at 1x and increases with each and every free spin, and if you land two or more magic lamps, the volume of free spins goes up – with 6 lamps giving you 25 more free spins.

Locking Wilds – If a Genie wild hits on reels 2, 3, 4 or 5, they remain locked in for any remaining free spins. If you fill a whole reel with wilds, you get more free spins.

Genie Streak – A winner will lead to the Genie becoming animated, banging his hammer to lock the symbols in place. The reels will then respin, and if a matching symbol lands, it joins the party – which continues until no more matching symbols are made.

The jackpot isn’t progressive, but ask yourself one question upon reading through the bonuses: does it really need to be?

Genie Jackpots is a heavy game when it comes to the plethora of features, but even with all of that, it still runs pretty smoothly on all mobile and tablet devices.

Genie Jackpots may come across as your average slot when you first load it up, but Megaways manages to knock it out of the park – largely due to the bonus games and design work.

This is going to be a bit too complex for some but with big winnings and entertaining gameplay, there are going to be plenty of interested customers now and in the distant future.