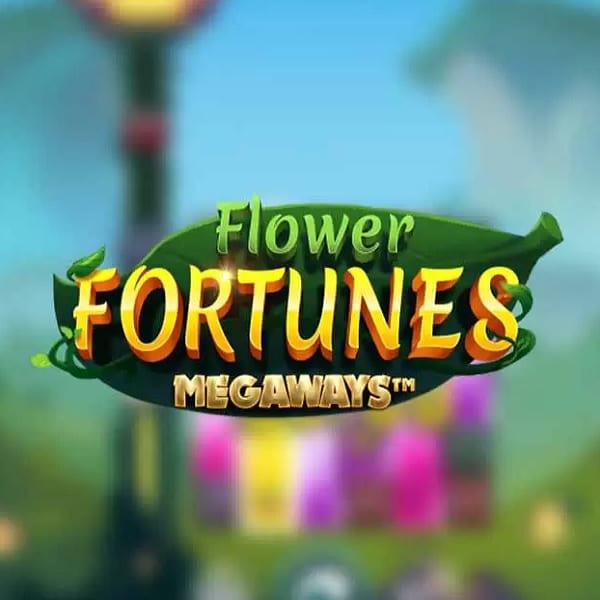 If you are a fan of Megaways but you are looking for something a little different then there are a few titles that use this style of gaming, but offer a slightly different alternative. Flower Fortunes is one of those, this is Megaways with a difference and even more ways to win! The slot has a very relaxing theme running through it, one that players are going to feel at ease with. As the name suggests, expect to see plenty of flowers on offer here around the board, in a variety of different colours. 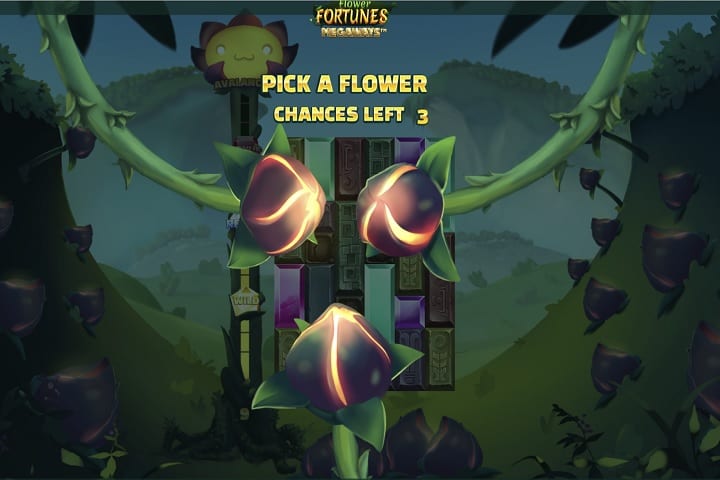 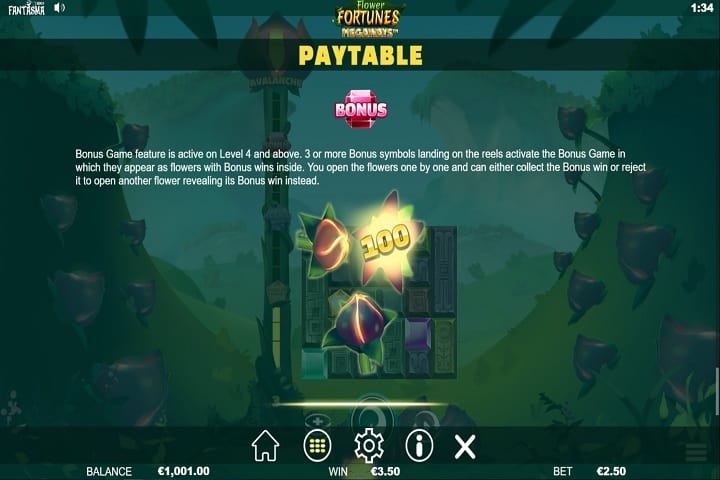 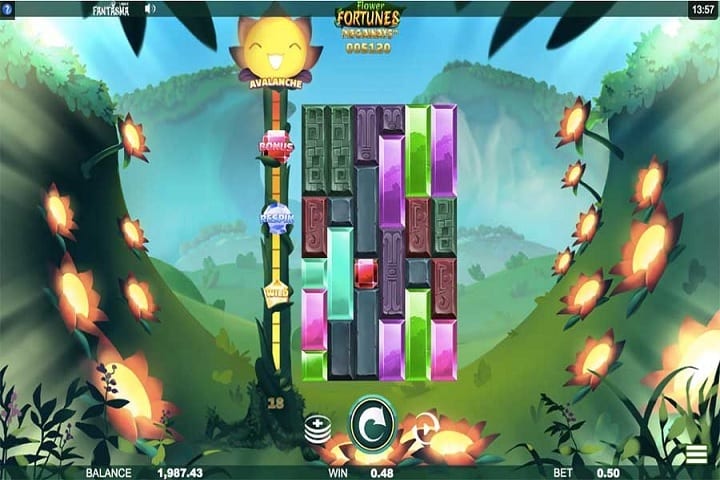 If you are looking for something different, read our in-depth Flower Fortunes review below.

Swedish development company Fantasma Games have created Flower Fortunes Megaways and they have teamed up with Big Time Gaming to use their Megaways license. Fantasma are not a recognisable name when it comes to Megaways, but they have created games like this in the past, so they do know what is expected by players.

There are six reels on the slot, but on top of this, there is the possibility of adding extra rows, which is how the extra win lines come into play, and certainly a big feature of this game.

Look out for energy beams on this slot, they come and add to the energy bar and when this is full, you will move up a level and have a new row in play. We will talk more about the levels below in the bonus game section, as these are effectively the bonus game of this slot.

The RTP for this slot stands at a rounded 96.00%. This makes the slot slightly above average for RTP, giving players a good deal as well as giving them something fun and enjoyable to play on.

For many people, the RTP is not the deal breaker but when you do what this slot does and put together a strong RTP alongside realty exciting and enjoyable gaming, it is clear that the developer is onto a winner.

When people log on and see this game in action, they are going to see some very different symbols in play, something that few people, if any, will be used to seeing.

Rather than symbols, the game is played with coloured bards, and you have to match up the colours in lines across the reels. Some bars are longer than others, stretching to cover multiple parts of the reel, while others occupy one space, the same way in which the Megaways expanding reels would normally work.

The wild symbol is a yellow bar, so make sure you lookout for this as it is even more important on this game. This is because the game has expanding wilds, so you could find yourself with a wild covering the entire space on one reel.

There is no specific bonus game on offer here, instead, we have a range of different levels that you can climb up and all of these come with a different feature to use. There are rewards like a bonus game, but it is all done using the standard game rather than playing something else.

You have an energy bar down the left-hand side of the screen and this is what you need to watch here. The bar will fill when symbols with energy beams fall onto the reels. When the bar is full, you will move up a level and receive a reward, as well as an extra row on the reels.

The first level is expanding wilds, this means all wilds on the reels will expand to cover the entire reel. The second level is a scatter respin, these replace the symbols not being used in winning combos, giving you another chance of winning.

Then next we have the third level which is a bonus prize. Here you will have three closed flowers on screen to choose from, each with a cash amount behind for you to win. Finally, the fourth feature is the avalanche feature. Here you will have cascading reels that explode as you win, replacing old symbols with new and giving you multiple chances to win from one spin of the reels.

It is a little different to what you would normally expect from a Megaways game, these usually have one specific bonus game in place. However, with the different levels here, there is a chance to keep gaining new features and bonuses as you play this game.

When developers are creating a game, it is now vital that they ensure the game is mobile compatible and that is the case with Flower Fortunes.

Here we have a game that looks great on small screens and just as good on big ones. You can play the game on your smartphone, try your luck on a tablet or use a desktop computer to join in with the action.

Megaways games are often very similar to each other, the only thing to set them apart is the theme behind them. However, that isn’t the case with Flower Fortunes, a game that is perfect for those who would like something new from Megaways, and something completely different.

With many more ways to win, unique symbols, the ability to level up and get rewards and a good RTP on offer, there is a lot to like here for players.

If you are a little bored of Megaways and want something completely different to try, make sure you take a look at Flower Fortunes Megaways.