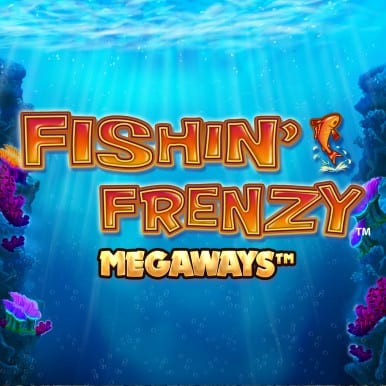 Have you ever wanted a slot to take you into the depths of the ocean? If the answer is yes, then you’re in luck. Many of us know what it’s like to get out onto the open water and test out our fishing skills, but for those of you who don’t, Fishin’ Frenzy from Megaways attempts to give you a glimpse into the life of a fisherman - or fisherwoman. 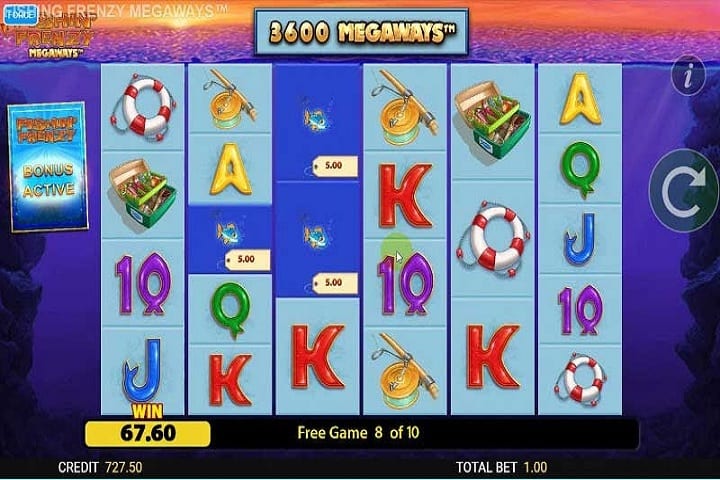 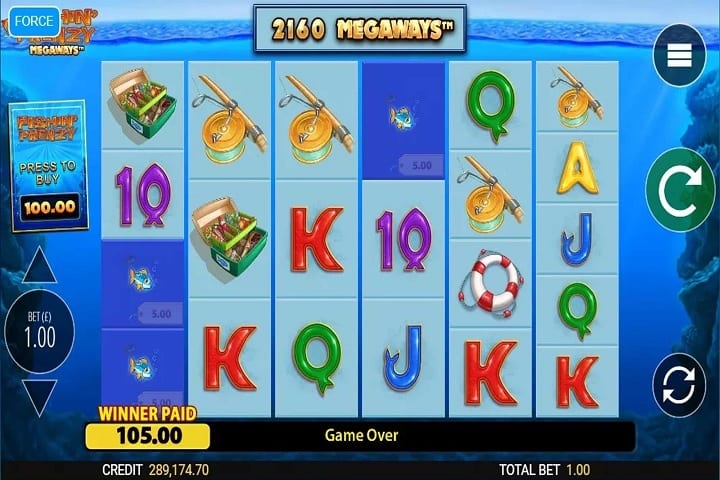 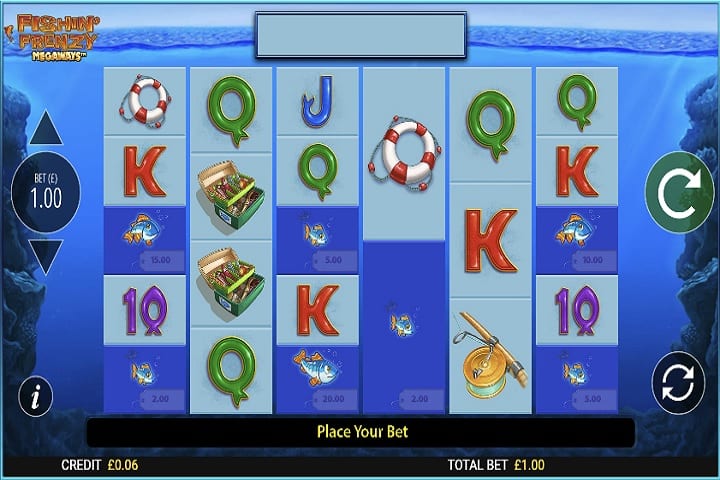 It’s not going to recreate the subtle thrill that comes with landing your first big carp, but it doesn’t need to do so. All we want to see from this game is a charming, well organised interpretation of why fishing can be both relaxing and incredibly satisfying at the same time.

The backdrop brings us down into the ocean, almost putting us in the shoes of the fish themselves. We can catch a slender view of the sunset but beyond that, this is all about the seascape. It’s clearly a bit more of an old school slot and there’s nothing wrong with such a technique, but from the word go, players are aware of the fact that there’s a chance it isn’t going to hook you in immediately – pun very much intended.

There are six reels spread across the board in a pretty standard fashion, but as is a virtual tradition with Megaways slots, each of the symbols has the potential to break up into smaller symbols, increasing the odds of a winning combination.

Any big fans of slot gaming out there will be well aware of the RTP. The return to player percentage can either mean a whole lot to people or it can mean nothing at all, but regardless of whether or not you put much stock into its importance, it is a statistic that’ll continue to be used in this industry.

This is another slot that falls victim to the diversity of sources, with the final figure being placed between 95.02% and 96.10%. That leaves it teetering on the verge of being called average, but it should be noted that it is tipped to have quite high volatility – so if you’re going in search of a big win, this may be the slot for you.

It’s easy enough to get started on Fishin’ Frenzy irrespective of your experience level, as you can put down a minimum wager of 0.10 – with a respectable, and fairly low, maximum of 10. Alas, you shouldn’t let those numbers fool you, because you could walk away with 10,000x your initial stake if you strike gold.

Even though it has the feel of an older slot, the soundtrack alone is enough to put a smile on our face. It’s clear to everyone that the aim of the game is to take home some cash and there’s nothing wrong with that, but it doesn’t immediately mean that the whole process has to be full of stress and anxiety. The design is simple, yes, but we appreciate the effort that’s gone into the animation, even if there are a few laggy moments here and there.

Playing cards are often popular features of Megaways’ products and there’s no exception for this one, with A, K, Q, J and 10 all making an appearance. From there we shift our focus to the themed symbols which take the form of bait trays, rubber rings, fishing reels and seagulls.

There’s always going to be a certain appeal to all slot games, but if you want to have a lasting impact, then it makes sense to put in some bonus features that really capture the attention of the masses. Whether or not Fishin’ Frenzy manages to do so, however, is what we’re trying to work out.

The prominent fisherman symbol serves as the wild for this slot and is able to substitute itself for any and all other symbols aside from one – the scatter, also known as the fishing boat.

When compared to some of Megaways’ other creations, it’s safe to safe to say that there is a simplicity to the game that will please some and frustrate others. Still, you don’t go completely without attachments, as there is a Fisherman Free Games feature to enjoy when you land three or more fishing boat scatters.

If you get 3, 4, 5 or 6, you will be given a corresponding number of free spins: 10, 15, 25 or 50. In the midst of this feature you will see blue fish symbols that can provide you with cash prizes, and when the Fisherman wild pops up, that leads to a payout that could be worth 50x your initial stake. If you want to skip the queue you can also do so by buying into the feature courtesy of the Feature Bet button, but it will cost you 100x your stake.

The jackpot isn’t going to be progressive, but there’s enough to get players excited outside of that.

It may not seem like the kind of game that jumps off the page as a mobile favourite, but you can play FF on any and all devices. Some prefer the vintage desktop style of doing things, but there’s a strong enough intrigue behind FF that can – and should – make it an underrated gem to play on your phone.

Fishin’ Frenzy doesn’t claim to be much more than what it is, and in our mind, it’s harmless fun.

There are some big winnings that fly under the radar which could easily be exploited by punters if they push hard enough, but in equal measure, this is a ‘turn your brain off’ kind of slot.

It’s easy to play and it works into a very specific theme, although we understand that it isn’t going to be everyone’s cup of tea.

If you’re looking for a greater sense of adventure then perhaps go elsewhere, but if not, give it a try.