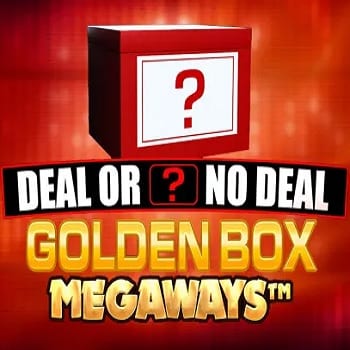 Deal or No Deal The Golden Box Megaways Review

Anyone who pays attention to the slot gaming world will know that we have multiple games on the market that are associated with the Deal or No Deal game show. This is a recognition of just how popular this game show is, and one of the game that focuses on the show is Deal or No Deal The Golden Box Megaways.  This isn’t the only Deal or No Deal Megaways game either, so here in our review, we will take a look at what makes this game special, and what features it has that make it stand out from the crowd. 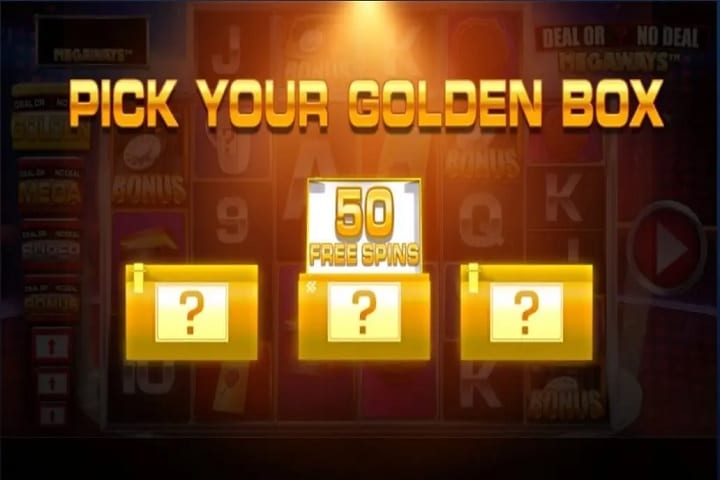 Blurprint Gaming are the team behind this game and that is significant. They are one of the most active development teams when it comes to Megaways titles, they have created many in the past, and continue to do so, which implies they are getting something right.

They are also the team behind Deal or No Deal Megaways, so clearly think they have enough material to make two games that will appeal to the public based around the same TV show.

The game has standard Megaways reels which are 6×7, with a total of 117,649 different Megaways to win on this game. The minimum bet is as low as 0.10 to get many people involved in playing while the maximum stands at 10. This may put some of the larger staking players off, it is lower than we see on many slot games.

As the name of this slot suggests, the new and different feature here with this version of the game is the golden box round, which we will talk more about later.

A slightly disappointing element of the game is the RTP that is on offer for players, this stands at 95.83%. While this is not low, it is average and when you compare it to other games out there, you will see plenty of titles that give you a better deal than this one.

Having said that, what this slot is hoping for is to be able to win fans over with the number of different features on offer, this is a slot focused on gameplay.

The regular symbols on this game are the 9 to A card symbols, these make up the smaller payments you will receive for winning lines on the game. Above that, premium symbols exist and this is where you need to focus, it is also the place where you will see symbols relating to the Deal or No Deal tv show.

A box, an offer from the banker, the banker's stamp and a mug are the four symbols to look out for, these offer better payouts than the card symbols on the game.

Elsewhere, there are two other symbols to look for.

The first of these is the golden box which this game is named after. This symbol is used as the wild, so is very important to follow. Look out for this symbol, it will replace any others on the reels, excluding the scatter, to make up wins and give you a payout.

The scatter is the final symbol to mention. This is a bonus symbol which you can’t miss, and one to look out for as it offers you free spins. This is slightly different from other Megaways slot games as the scatter would usually give you the free spins bonus round, it doesn’t here, the free spins are given out as regular free spins.

To get into the bonus round you need to aim for multiple cascades on the reels. The minimum you need to get onto the bonus game is four, you will see a bar on the left-hand side that shows you where you are with this.

Although only four is needed, anywhere between four and seven will get you into the game, the higher number you have, the bigger the game you enter. This means more free spins to use and bigger cash prizes on offer.

The biggest game of them all is given if you have seven cascades and known as the Deal or No Deal Golden Box, which is the same as the game itself. The standard bonus game, super bonus and mega bonus are the other names of the bonus games on offer.

In the bonus game you reveal boxes and go up against the banker, he will offer you a deal from time to time which you can either take or reject. At the end of this, if you have won you will receive a cash prize as well as free spins to use afterwards, which also have a multiplier attached to them, to give you the chance of big wins.

This is a very complex game, with multiple options for a bonus game and other features. However, Blueprint Gaming have ensured that the game can be played on all devices, which is a huge win for those who want to play away from desktops.

Whether you want to play while away from home, or just from the comfort of your sofa on a mobile or tablet, you can do that with this game.

Deal or No Deal is a very popular casino game theme, so when a game is created now it needs to be a little different and have something that makes it stand out. This game has that, with the name The Golden Box also referring to the best bonus game on offer here.

This game has those four bonus games for players to get when they have cascades on the reels, while it also offers a free spins game, which either comes after the bonus game or as a separate game to it.

The RTP could be a little better, but this is an action-packed game with plenty of features, so there are many reasons to try it. If you are looking for a Deal or No Deal game to try out, we certainly recommend Deal or No Deal The Golden Box Megaways.