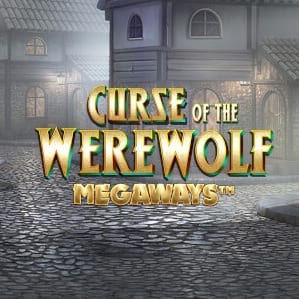 Curse of the Werewolf Megaways

If you are looking to add a fright night to your gaming then Curse of the Werewolf is the game to do that. This is a game that has specifically been created with a theme that will scare, dare you play this slot? The game offers a slightly different look at standard Megaways gaming, there are a couple of difference here as it seems that Pragmatic Play, the developers, have decided to experiment a little.

As mentioned, Pragmatic Play are the team behind this game and they have teamed up with Big Time Gaming to utilise their Megaways license. This is not the first time that these two have worked together on Megaways games, this is the fourth game that Pragmatic Play have released using this style.

The game has a 6×6 reel layout, which will look familiar to those who have played Megaways titles before.

The Curse of the Werewolf was a film back in the 1960s, and the slot is based around that film. One of the things that Pragmatic Play are known for in the slot world is making their games attractive to look at, using the theme well to provide immersive gaming. Although this is a dark theme, one intended to scare you, they have still done a great job with this.

Look out for a dark background with mood lighting to set the tone of this slot. Things are brightened up a little by the fact that the characters on the reels are cartoon drawings.

Kicking things off with the game payouts, the RTP on offer here is very strong and well above the average for slot games. It stands at 96.50%, which is very good and anyone who plays on this slot can rest easy knowing they are getting a good deal from the providers.

When it comes to standard payouts by this slot, the highest paying one is the werewolf himself, so be sure to look out for him on the board. After that, look out for scared people, who are running away from the wolf, these are the next best paying symbols.

Lower down, the game is rounded off by the royal symbols from 10 to A, these have a small payout attached to them, so your focus should be elsewhere.

These are not the only symbols that you need to look out for on this game though, there are three others of real importance to this game that you must watch out for.

The great news is that these are very simple symbols, so if you are playing your first Megaways slot game here, you are not going to be confused.

The wild symbol works like it does in any other game, by replicating any other symbol on the board in order to create winning lines. The only symbol it doesn’t replicate is the scatter, this offers a way to land big wins on the game, look out for wilds they are important. The symbol is simple, it says WILD on it, so you can’t miss it.

The last symbol of note is one that you won’t see when it first lands on the reels, this is the mystery symbol. The reason these are important is that they all give the same symbol, so if you have four or five of them across the reels, you know you have four or five of the same symbol, and the chance to put together some big winning lines with the other symbols.

As we have already said, the way to get into the bonus game is to land three or more bonus symbols on the reels.

The bonus game is a free spins feature, if you land three scatters you will receive eight free spins, four gets you 10, five gets you 12 and six will get you 15 free spins.

During the free spins game, the Werewolf Strike feature will give you the chance to earn more free spins. A gold wolf symbol during these spins will remove the lives from the higher paying symbols. Should you get five of these and the symbol loses all of its lives, it is replaced by the red wolf, and this gives you a free spin. This can go all the way up to 10 free spins depending on the number of symbols on your reels.

The more free spins you win, the longer this bonus game can continue and the more chance you have to win big!

It is almost a necessity for slot games to be available across all devices now and this includes on mobile-optimised devices. The Curse of the Werewolf is available for users to play on smartphones, tablets and desktops for those who wish to play in a way that suits them.

This puts the game in front of a wide audience, and will only help the game grow in popularity. With the chance to play on mobile, you can take the Curse of the Werewolf with you everywhere you go if you are looking for a scary themed game to play.

Based on an old film that some may not have seen before, the Curse of the Werewolf is a fantastic slot game which utilises the Megaways functionality to bring a user-friendly game to the table.

We like the simplicity of this game, we like how Pragmatic Play have brought a scary theme to the game which works well with the symbols on offer and most of all, it lends itself to new gamers.

If you want something scary to play, you like this film or you are a new player looking to begin playing Megaways games, this is one that ticks all of those boxes.