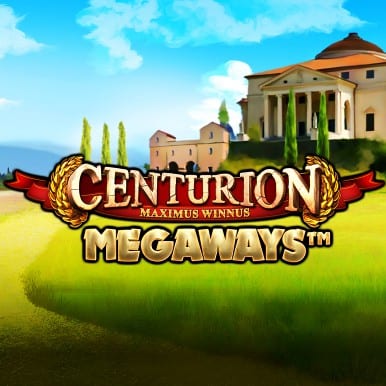 The Centurion slot games are a series of games that is becoming increasingly popular. This slot, Centurion Megaways, is the third game in this series and the first of the series to use the Megaways style of gaming. Using this style of gaming, this slot game is completely different from any of the other Centurion titles. However, if you have played Megaways titles before, this game is a standard version of that gaming style, so you will recognise many of the features inside this game. 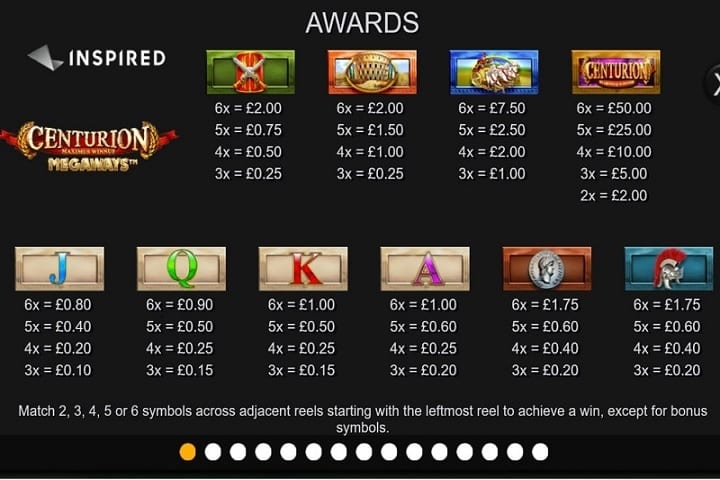 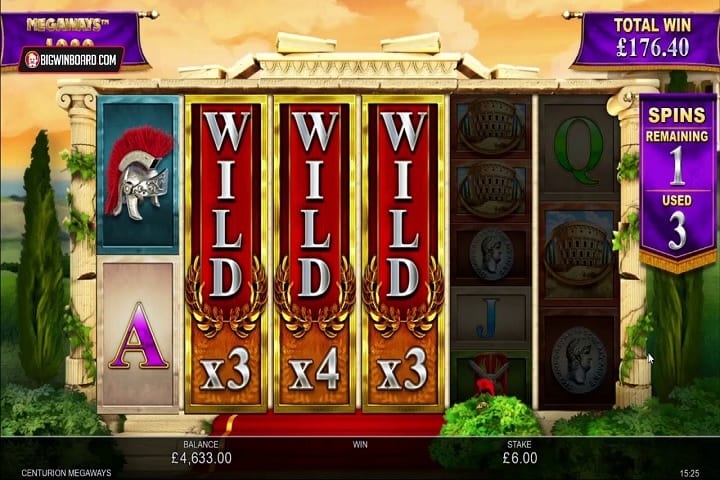 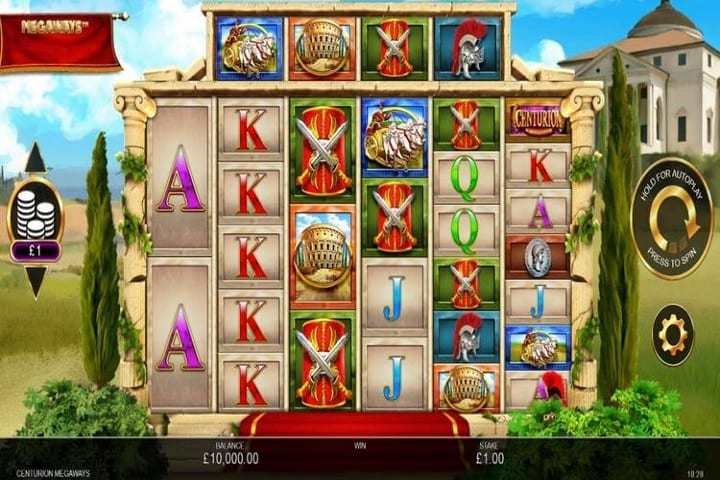 Below you can check out our full review of the Centurion Megaways slot, including the features that are on offer for players.

Inspired Gaming are the developers behind the Centurion series of games and they have teamed up with the Megaways license that Big Time Gaming hold here to produce Centurion Megaways.

It offers the series something completely different, which fans of these games will certainly enjoy, especially those that have never played a Megaways game before and want to give them a try.

If you have played Megaways, this is the standard offering, there are a maximum number of 117,649 ways to win on this game when the reels are full, and we have a 6×7 standard layout to play on here.

If you’ve never played on the Centurion games before, they have a Roman empire theme running through them. However, as you will see from the graphics, these games don’t take themselves too seriously, instead, you will see cartoon characters on the reels to add a little bit of fun to the series.

The main character on the game is Maximum Winnus, a smiling soldier who you will grow to love as you play this game and any others from the Centurio series.

The RTP on offer for this game stands at 95.90%, which is slightly above average for slot games, though a little less than what some other Megaways titles will offer you. It is important to note that you are still getting a good deal here, but perhaps not a great deal, that may be available on other games.

Payouts on the standard part of this game are determined by the symbols you land on. Card symbols from J to A represent the smallest payouts, while symbols that are based around the Roman times offer better payouts.

This biggest of these is the Centurion logo, look out for this symbol because if you get six in a row then you are on for a payout of 50x your unit stake, the biggest you can get from the standard game.

Swords, coins, a helmet and the Roman colosseum are the other symbols to look out for in this game, which will give you a slightly higher standard payout than the card symbols.

Away from the standard symbols we have just mentioned, there are some others to look out for and these are going to help either bring you bigger wins or take you into the bonus game round on this slot.

The wild symbol is a really simple one to find and remember, it is a crown with the letters W-I-L-D on it, so you are not going to miss that one. This symbol can combine with others to substitute and create winning lines, the only symbol it cannot substitute for is the scatter.

A symbol saying ‘Bonus’ acts as the scatter symbol on this slot, something else that is really simple and easy to follow, another touch which makes this game perfect for those who are new to slot gaming or playing Megaways for the first time.

The mystery symbol feature that we see on many Megaways slot games is also on offer here. These symbols drop onto the reels and you cannot see what they are. Get as many as you can because these will all be the same symbol when revealed, potentially giving you some big winning lines.

If you are new to slot gaming or if you haven’t played Megaways before then having simple symbols to follow for both the wild and scatter is a huge plus for you, this game caters for new players really well.

As mentioned, to get into the bonus game you need to look for the scatter symbol which has ‘bonus’ written on it. This is where the big payouts and jackpot are to be found.

The bonus game on this slot actually offers three different games to play. To access them, you need to get three or more scatters, though if you get more scatters you can access the enhanced version of this game with bigger payouts and more chance of a win.

Lastly, wild power spins give up to four spins with a stack of wilds on the screen replacing all but scatter symbols, a chance to use these wilds to win big!

The Centurion Megaways slot is available for players to play via multiple different methods. You can play on your smartphone, try your luck on a tablet or play on a traditional desktop computer.

With mobile gaming becoming increasingly popular, there is a need for games to work perfectly on these devices and this is exactly what Centurion Megaways does. If you are a mobile player, this game is one of many that are open for you to play.

The Centurion series is proving to be popular and this is the first addition to that series which features the Megaways style of gaming.

What we really love about this title is the simplicity of things, this is a game that will cater for either new gamers or those new to Megaways, a good move by Inspired Gaming.

Packed with general Megaways features and three bonus games to choose from, this is a slot that is sure to be popular with players.