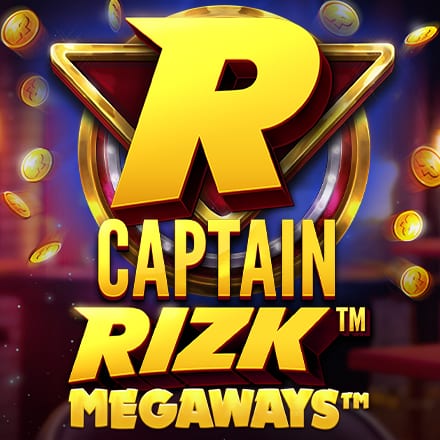 This is a casino game with a slight difference given the fact that the game is based around the theme of an actual casino. The Rizk Casino and their mascot, Captain Rizk, feature in this slot game adding a slightly different element than what we are used to.  The game does have a very familiar feel to it though, using the Megaways functionality to provide an action-packed slot game that many people are going to enjoy. 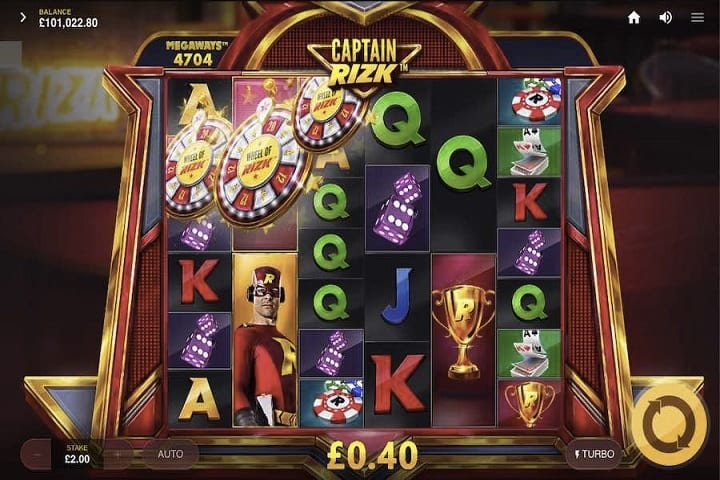 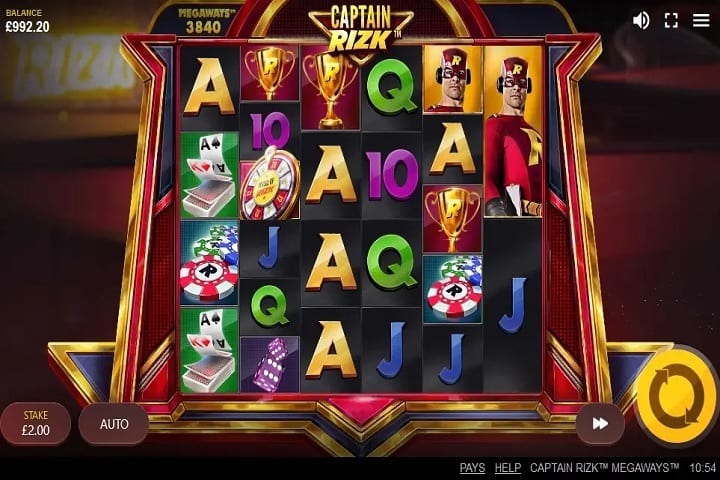 The game is a standard Megaways game, which means those who have played other Megaways titles before will quickly be able to find their feet here, though it is slightly disappointing there are no different features available.

Red Tiger themselves have worked on Megaways games in the past, so know what they are doing with these, while parent company NetEnt have produced some of the biggest Megaways titles we have ever seen.

The game has standard 6×7 reels for you to game on and a Megaways standard total of 117,649 different possible win combinations if the reels are maxed out.

Captain Rizk himself is the highest paying symbol on the game, with other casino related symbols available to land on, which we will look at in more detail later in this review.

The Captain Rizk Megaways game has an RTP which is above average, great to see and reassuring to players, who know they are going to get a good deal here when they play.

As is the case with Megaways games, if you want to be involved with the higher wins then you need to be targeting the bonus game which we will speak about shortly.

Away from the standard symbols on the game, there are some special ones to look out for that can either help you win or put your through into the bonus game, which is where we all want to be.

Wilds will substitute any other symbol on the reel with the exception of the scatter and these can help you combine winning lines each spin. The scatter symbol is the wheel of rizk and this is without a doubt the most important symbol on the game.

The final symbol worth mentioning here is another one that will help you pick up some good wins and this is the mystery symbol. As the name suggests, when you spin the reels, you cannot actually see this symbol, and these are randomly added to a spin, you could get one but there is a chance of more.

When revealed, all mystery symbols are the same, so you get a big wave of the same symbol and if they are in the right place with others in between, you could land a huge win from this one symbol.

Get three or more scatter symbols on the reels and you will head into the bonus game with a chance to win big. The first part of this will put you on the wheel of Rizk. Here you can either take your free spins and head to the game or try your luck and gamble them in the hope of winning more.

There are three opportunities to gamble and you can leave with up to 40 free spins by doing this. If you gamble and lose, then you will only receive four of the eight spins you won originally.

The free spins bonus game here is the same as many others we see from Megaways titles. You have a select number of spins to win as much as possible, every time you land a win you will see the multiplier rise, to give you bigger wins next time. The key is to playing for as long as possible and raising the multiplier.

Mobile gaming is playing a huge part in casino game development right now, and it is only going to get bigger in the future, with more need for games to be available across many devices.

Captain Rizk Megaways is a game that can be played on smartphones, tablets and desktops, so anyone who wants to get involved and give this game a try can do so.

While the theme of Captain Rizk Megaways is around a specific casino, it plays like a general casino themed game so you don’t need to know anything about the Rizk Casino to play.

Look out for many of the features that we have come to know and love from the Megaways collection here, with a fantastic RTP on offer to make sure that players get a good deal when playing.

If you want to play Megaways and want a simple theme for a game, Captain Rizk Megaways is one you should try out.