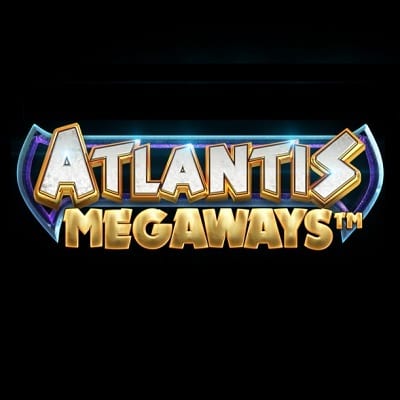 Ah, Atlantis. The lost city has been recreated and generally portrayed in a variety of different ways over the years and that trend is bound to continue long into the future. The idea of this somewhat mythical underwater city is too much for some to handle, with most of the intrigue coming from those who have wondered what it would genuinely look like if something such as this existed. 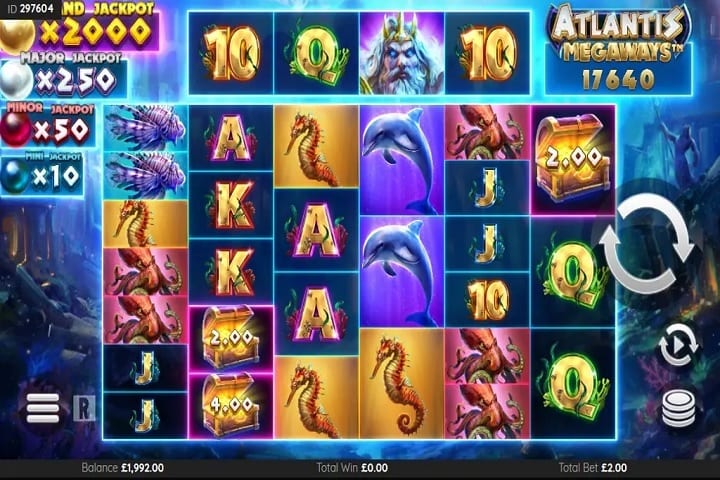 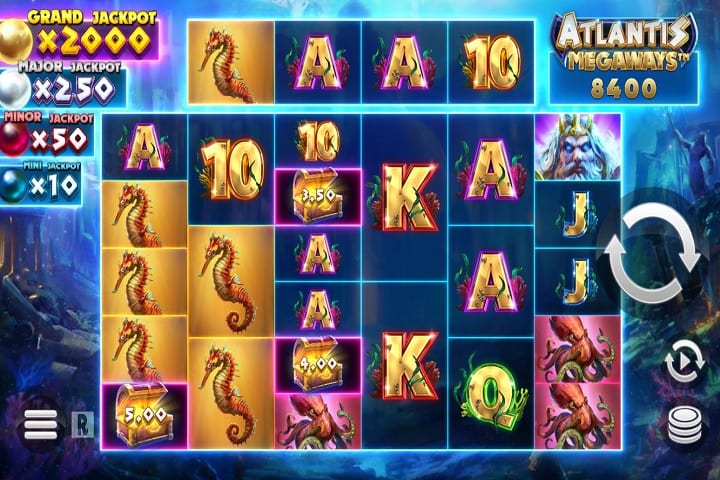 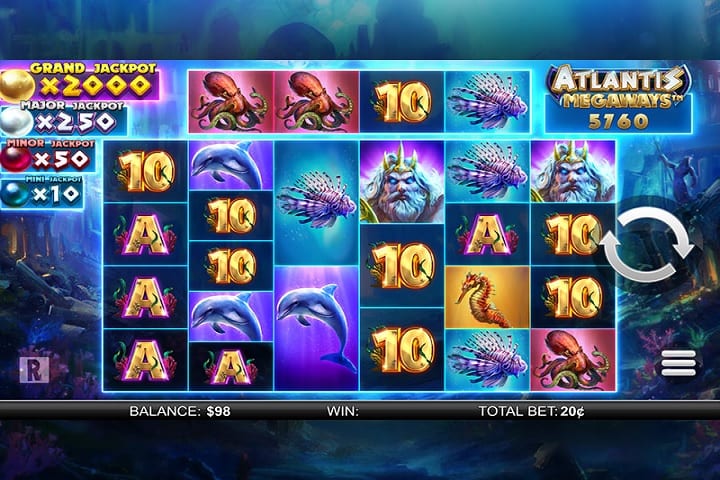 Today, we’re going to take a look at Megaways’ attempt to capture the heart of this fascinating idea: Atlantis the slot game.

Some may wonder whether or not this kind of theme would work, and we’re intrigued to find out.

Those who struggle in water-based conditions may not initially gravitate towards Atlantis, probably because it occasionally feels like you’re drowning from time to time. Still, the aquatic nature of the slot and the design does look ravishing, and there’s a great deal of thought that has clearly gone into the background as well as the foreground.

There are six reels for you to examine and work off of from the moment you open up the base game, and as we tend to see in the majority of Megaways products, there is also another symbol section located in the middle four reels.

That can surely only be a good thing, too, because it means that you now have up to 117,649 ways to win. That got your attention, didn’t it?

The return to player (RTP) percentage serves as an important statistic for some but as a distraction for others. It isn’t always going to give you a specific amount of money that you should expect to win back, but it does provide players with an interesting insight into what they can expect from any given slot.

The official RTP figure for Atlantis rests at 96.10%, and in the grand scheme of things, we’d say that’s a pretty good result. It’s above the standard average for the slot business, and with medium volatility (ranging to high for some), it’s the kind of game that gives you decent returns and doesn’t promise the world – meaning that the high rollers may choose to look in a different direction.

Those who want to get off to a quick start can do so with a minimum stake of 0.20, whereas those who are feeling a little bit more lively could put down a maximum stake of 100.

The maximum winnings may not blow your socks off but it’s certainly notable, as you could walk away with up to 2,000x your initial stake.

Whenever a slot soundtrack starts off slow and builds up to something that resembles a Hollywood epic, we’re always going to be on board with it. That’s the kind of atmosphere created by the Atlantis slot, and when you piece that together with some stunning graphics, this was always going to be a game that is easy on the senses.

The standard playing cards are on display as is the case with most slots in the modern day, starting off with 10 before running all the way up to the ace – and from there, we move on to the themed symbols.

It’s all about the underwater creatures in the form of lionfish, seahorses, octopi and dolphins, with the most valuable symbol being the one and only Poseidon – the true Greek god.

Every game or slot needs bonus features, because if they don’t, then the base game can rarely allow you to survive as a longlasting, successful slot.

The ancient Greek temple symbol serves as the wild here which can replace any and all other symbols on the board outside of the scatter, which is the treasure chest.

The good old Cascading Reels feature makes yet another appearance as we’ve all come to expect with Megaways. For those who don’t know, this feature ensures that when there is a winning combination, the symbols involved will disappear and make way for new ones, and this process will continue so long as you’re able to keep securing those winning symbols.

If you can land six or more treasure chests then you’ll activate the Jackpot Respins feature. With three initial respins being awarded all of the scatters are held in place throughout the course of the feature, and if a new scatter appears, it is also held there with the respins tally resetting to three.

During this time you’re able to secure four fixed jackpots, which are as follows.

The jackpot isn’t progressive in the traditional sense here but if we’ve come to learn anything about this industry, it’s that the heart of the game lies in what you know – and not in the unknown.

The desktop version of this slot really does allow it to shine and show off all of the intricate features, but in addition to that, it’s always nice to have the comfort of knowing it is compatible with all mobile devices.

It rarely lags and seems to run at a smooth pace from start to finish, and nowadays, that puts it in a fairly elite class.

Atlantis works with a particular niche subject matter but when you get your first taste of the gameplay, it soon becomes clear that this has no bearing on the quality of the slot.

It’s a bit more conservative in terms of what you’re likely to walk away with financially, but that’s only really going to matter if you’re a high roller who isn’t a fan of trying out something new.

Megaways likes to aim high and play it safe in equal measure and with Atlantis, they’ve given us a chilled out slot that builds and builds the tension with each and every passing spin.

For us, it creates an interesting dynamic, and it’s a dynamic that everyone should give a go at least once.