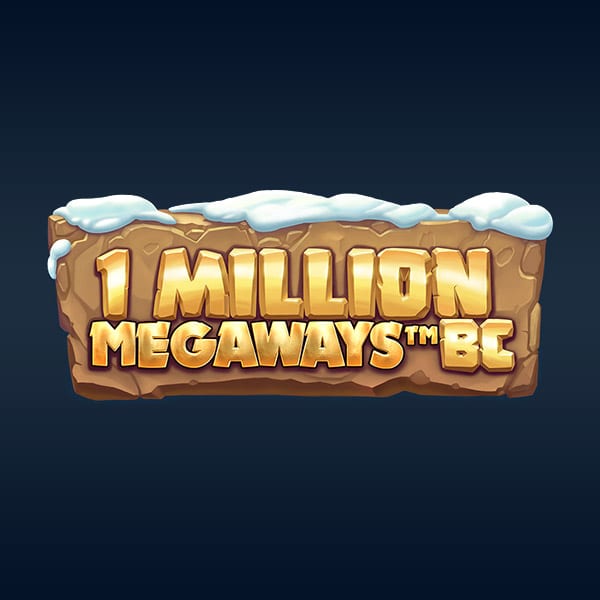 If there’s one thing that the Who Wants To Be A Millionaire television show has taught us, it’s that breaking the seven figure mark is a pretty historic moment for just about everyone on the planet. As it turns out, though, the slot we’re going to talk about today doesn’t really focus in on the financial side of that figure. Instead, it takes us back to the prehistoric days and invites us into a world that none of us could ever have dreamt of experiencing. 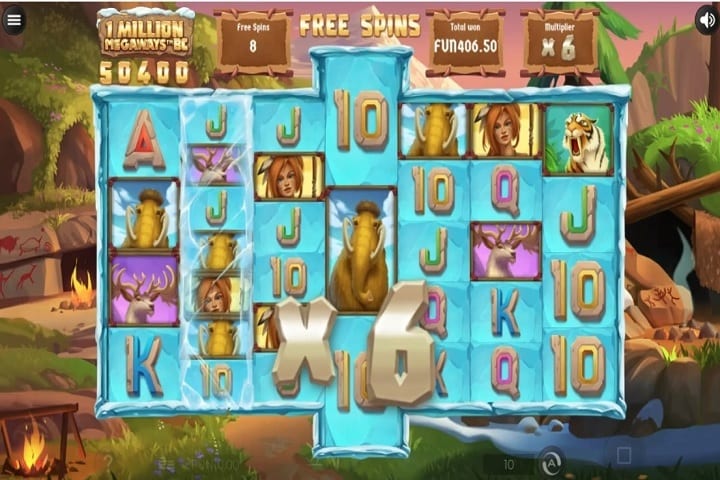 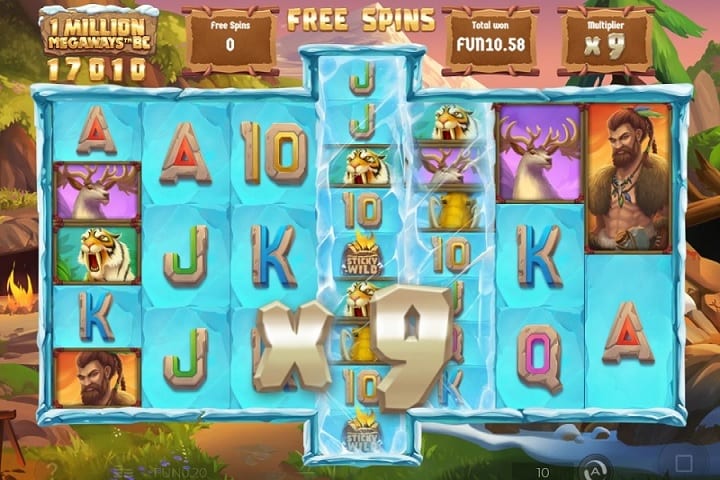 We’re going to be diving headfirst into the 1 Million BC slot from Megaways, in order to try and figure out whether or not it’s one of the provider’s big winners.

The snowy mountains and the rugged nature of the background automatically transports us into a completely different realm – and we absolutely love that. 1 Million BC aims to shift the status quo of slot gaming in more ways than one, and from the ‘first impression’ point of view, it certainly succeeds in building up some intrigue.

Players will initially notice that there are six reels for you to examine and take in, designed brilliantly as some kind of ice wall, but it can extend to seven depending on whether or not you trigger one of the later bonus features.

Speaking of the bonuses, it should come as no surprise that a game with a name like this can provide you with an insane amount of ways to win if you get lucky – 1,058,841, to be exact.

The divisive nature of the return to player (RTP) percentage has been well documented in the past, but even with that disdain seeping through the slot community, there are still many out there who rely on it as an accurate and important figure – and they’re probably right to do so.

The RTP for 1 Million BC comes in at 96.20% which, in itself, should be applauded. It’s a standalone number but it does sit the slot above the standard industry average, and it also works hand in hand with the slot’s high volatility.

You can get started on this game with a minimum wager of 0.20 which should invite everyone to give it a go, whereas the reported maximum varies between 20 and 100 – although most land just about in the middle of that with 50.

Plus, if you really do strike gold, you could walk away with upwards of 45,000x your initial stake.

There’s an underlying beat within the soundtrack that really does catch you off guard from the word go. It’s almost as if you’re on some kind of battlefield, and everywhere you look, there’s another layer of chaos to unpack.

Regardless of whether or not you buy into the theme there’s no way of denying the strength and detail in the design work. Beyond just the simple stuff, though, that does extend into the symbols.

We’ve got the usual contenders in the playing cards department from 10 all the way up to A before we move on to the themed contenders.

We’ve got a moose, a snow tiger, a mammoth, and the always delightful Mr & Mrs Caveman.

Bonus features are often required in order to try and spice up a slot – and that’s pretty much true for every single slot in existence. If you only have a base game to work with then you simply aren’t going to draw in the kind of punters you need, and Megaways has clearly recognised that.

The wild symbol, which takes the form of an ice block, can land on any reel barring the first one and is capable of substituting itself for any and all other symbols in the game.

One of the most important features here comes from the Tumbling Reels idea, which is triggered when you form a winning combination. The successful symbols are taken away and replaced with new ones, with this process repeating until there are simply no more winners to be found – or if you trigger the Free Spins feature.

If you can get successive tumbling reel wins then the multiplier comes into the conversation, rising from 2x up to a possible maximum of 8x.

Ah, the free spins feature. Instead of using bonus symbols or even scatters to activate this, all you need to do is land four or more consecutive tumbling reel wins – keeping track of them by the fire meter off to the side of the reels.

Eight free spins are awarded if you can land four straight wins, and they go up by 2 every single time, with a strong maximum of 14 free spins being on the table.

The expanded game engine then kicks in to allow for a new Mammoth reel that takes priority in the middle of the board, increasing the number of ways to win. You’ve also got the Sticky Wilds feature with the stickies potentially landing anywhere on the middle reel, meaning you could end up with nine sticky wilds on every single spin.

The jackpot isn’t progressive, but trust us, it doesn’t need to be.

Not only is this slot incredibly smooth on your desktop, but that also transitions over to your mobile. It is compatible with any and all devices, ensuring a fantastic gaming experience.

1 Million BC ventures out into the sort of theming that we don’t think it used often enough and that alone is worth a few points for Megaways and Iron Dog.

The RTP is strong, the atmosphere of the slot is great, and the potential winnings truly are through the roof. If you prefer to have a more relaxing journey when you’re attempting to win the big bucks then this one may not be for you, and that’s understandable.

Still, 1 Million BC is unique enough to warrant a try from just about any enthusiast out there – especially if you’re going in search of a legitimately fresh challenge.