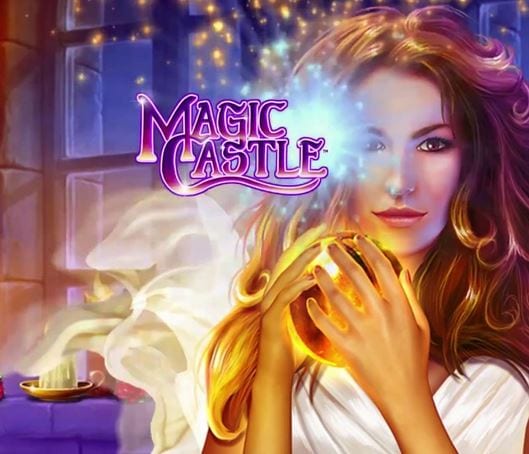 Using your imagination to picture a world unlike anything we’ve ever seen before can be challenging, to say the least, which is why we often need a little bit of help in telling that story. Fantasy is the kind of genre that can be anything you want it to be, but sometimes, there’s a preconceived idea or universe that we can enter. It might be a little bit too weird, but it could also be pretty great.

Today, we’re going to try and work our way through the ins and outs of a modern day utopia: Magic Castle. This slot from IGT goes against any and all ideas you may have previously associated with slot gaming, and while that may be scary, it’s also pretty exciting. 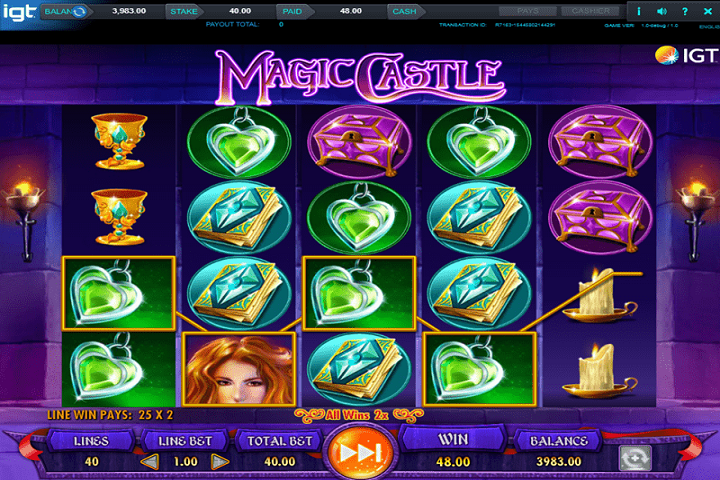 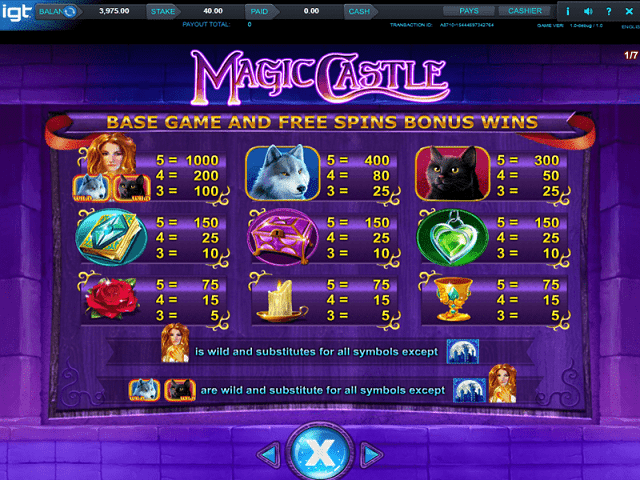 Slots such as these are always better when the player tries to engross themselves in the moment because if you don’t, it can get awfully tedious and somewhat cringeworthy in a hurry.

Magic Castle sees the player attempt to assist a very powerful witch in completing a very powerful ritual. If you’re able to gather all the ingredients together from the reel, then there’s a very good chance you could be bringing home some handsome cash prizes. Sure, the theming is a bit weird, but that’s part of the charm.

The board is set out in a 5×4 reels setup, which we actually think adds to the Halloween drama of it all. This game thrives on being spooky, and the more we get to see of the symbols, the better that point comes across.

In addition to a pretty large betting range you’ll also be able to work your way through 40 paylines, but as you’ve probably guessed by now, that’s just the tip of the iceberg for Magic Castle.

Striking gold in a slot like this is going to unlock some interesting financial possibilities, as you can probably imagine, but a lot of punters these days are only really interested in focusing on the actual RTP. For Magic Castle, the figure is pretty promising, with an RTP of 96.08% that tips them over and into the ‘middle of the park’ category. The slot is tipped as having high volatility, so while it may take some time before you manage to get some winnings in your back pocket, the odds are pretty good that you’ll be walking away with a tasty sum.

As we touched on earlier, the betting range is fairly out of this world when compared to some of IGT’s alternatives. The minimum wage is 0.40, and the maximum is an absolutely tremendous 2,000. If that isn’t going to bring the high rollers in, then we’re pretty confident in saying that nothing will.

For the cherry on top of the cake, players could be in for winnings of up to 1,000x their initial stake if they have a particularly good day at the office.

It’s quite easy to get distracted by Leonora from the moment you first boot up the slot, and we quite like how it catches the players off guard a bit with a character that seems to go against the ‘thriller’ nature of Magic Castle. The soundtrack is pretty daunting with a mysterious palace backdrop, and that sensation doesn’t go away. For some, that’s going to challenge them to dig further, but for others, it could risk throwing them off the scent. The colour scheme is great and the fire on either side of the board is a nice touch, but there is a tendency for this slot to lag – especially if you play for longer than five minutes or so.

There’s a whole lot of originality on display with the symbols as there are no playing cards to be found. Instead, we’re treated to some more theming in the form of a goblet, candle, rose, black cat, white wolf, locket, magic book and jewellery box – and all of that comes before we even touch upon the bonuses.

You have to respect the hustle of a slot that tries to go above and beyond with bonus features, but sometimes, it’s all about finding the right balance. Nobody wants to have an overcomplicated slot, and at the same time, nobody wants to be left feeling bored.

Leonora is the main character and she also just so happens to be the wild symbol, meaning that she is able to substitute herself for all other symbols aside from the scatter. MC has a Crystal Ball Multiplier feature in the actual game itself, which is first triggered when a Leonora symbol pops up on the reels. All of your wins are subsequently multiplied by a random multiplier that is revealed by the temptress herself – with a wild being on one reel giving you a 2x to 10x multiplier, two reels being 3x to 10x, three reels being 4x to 10x, four reels being 5x to 10x and, of course, five reels being 6x to 10x.

Beyond that, though, the Free Spins Bonus is the headline feature of the day. It is activated when three moonlit castle scatters appear at the same time on the middle three reels, awarding you 15 free spins. If you’re able to combine this with the highest Crystal Ball multiplier, though, you could actually wind up with a huge 150 free spins.

The Familiar Upgrade feature sees the two familiars, Wild Wolf and Wild Cat, make a big difference to your potential winnings. If the cat appears on reel five, any cat symbols on the other reels will turn into a Wild Cat symbol – and the same is true of the Wild Wolf.

The jackpot isn’t progressive, but as we always say, there’s still a whole lot of money on the table.

IGT has ensured that Magic Castle is compatible with iOS and Android devices and in some ways, you could argue it is actually far smoother than the desktop equivalent – but each case is different.

While it can be frustrating and a little bit scary to play sometimes, Magic Castle should be considered a triumph. The winnings are great and the graphics are solid, and in reality, combining those two elements together is all you really need to set yourself up for success.