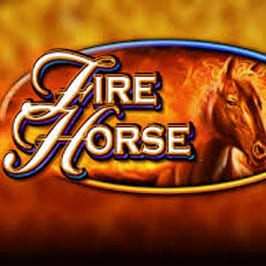 Building and forming a great slot game requires a handful of certain skills and traits, but above all else, you have to be creative. From the initial idea to the development of the bonus features to the design, you have to possess an idea that can’t be passed off as ‘cheap’ or not worth the time of the average player. IGT has always been the kind of provider that attempts to go above and beyond in the name of impressing the consumer. Sometimes it pays off and they produce magic, but every so often, it doesn’t quite work out the way they intended - as is the case with the majority of big slot companies. Today, we’re going to take a look at one of their most unique products, Fire Horse, in order to figure out where it sits on the totem pole. 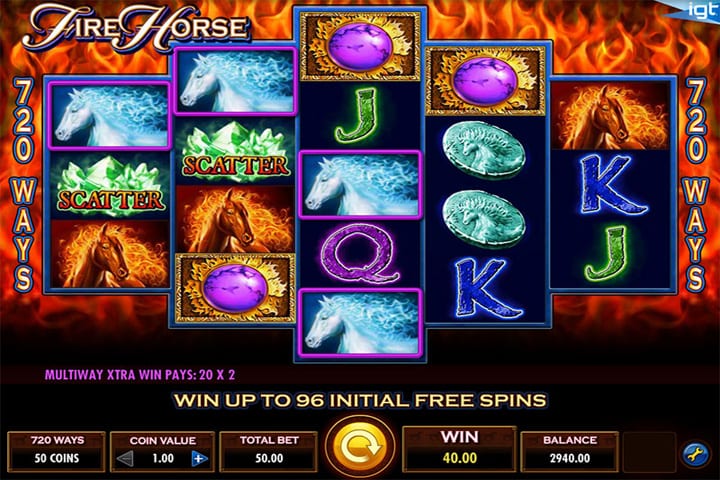 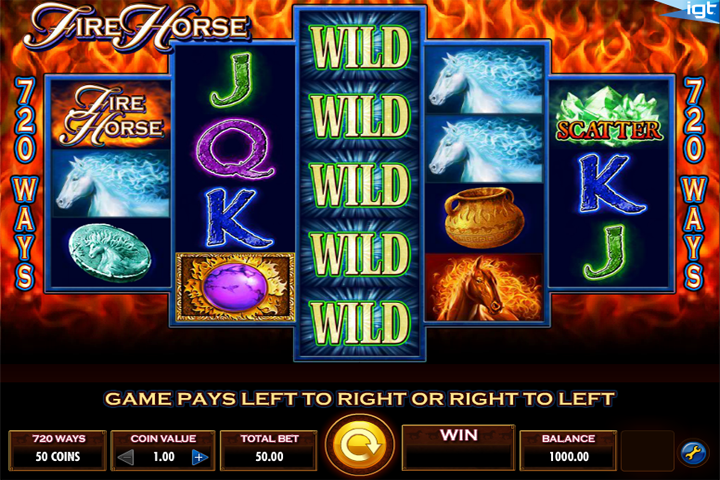 The aim is to find matching symbols that make up the best possible winning combinations, with IGT doing everything they can to give players the best possible chance to win. Case in point: winnings are available from left to right and right to left, with the Multiway Extra Feature also being in play through the fascinating design of the reels.

There are five reels in play, as we’ve all come to expect with the modern slots, but the actual layout is a little bit different, to say the least.

The rows go up and they go down in this quirky 3-4-5-4-3 setup, allowing for the aforementioned MEF to take hold. You may not feel comfortable with it at first, but trust us, you get used to it pretty quickly.

If you’re the kind of punter that pays a whole lot of attention to how many ways there are to win, then you’re in luck – because there is a mammoth 720 ways to pick up the W with Fire Horse.

With some slot sites games you’ve got an RTP that is enough to make you not want to play at all, whereas others intrigue you to the point where it’s worth giving it a go. FH falls somewhere in the middle, mainly due to the uncertain range, with an RTP of between 92.52% and 96%. For most, that’ll come in at the below-average to average category – with medium to high volatility that is bound to keep punters guessing.

You can kickstart your journey to the top of the mountain with a minimum bet stake of 0.50, and that number won’t leave you in a hurry as the maximum is also 50, falling short of the triple figures mark – which isn’t ideal for any high rollers out there.

For those of you who want to go even higher, how does a 1,000x payout sound?

From a design standpoint, this really is as simple and literal as it gets. The gameplay itself is smooth which is always going to be a big bonus, but they clearly just threw together the fire background so that it’d fit in with the theming. It’s a quick slot, which shouldn’t come as much of a surprise given that it stems from a slot machine, and that fast playtime is always going to be a benefit that will keep players coming back.

K, Q and J are the playcard representatives for this slot, before we move on to the big boys. There’s the red fire horse, the blue fire horse, the earthenware pot and the actual Fire Horse logo.

There aren’t exactly bonus features coming out of our ears with FH, and you could make the argument that there was more which could’ve been done – but in regards to what we do have, there isn’t all too much to complain about.

The wild logo appears on the middle three reels and, as you probably know by now, substitutes itself in place of everything aside from the scatter and bonus symbols. The wild can also appear as a stacked wild, which means it can fill up entire reels to give yourself an extra shot at bringing home the goods. The scatter is the gorgeous Green Crystal, and if you find it, you could secure 50x your total bet if you’re able to lock down five of them at any one given time.

The favoured bonus for most, however, is the purple orb. In addition to being really nice to look at, it can take your slot experience to a whole new level. If you can get it on five successive reels you will be able to officially trigger the Free Spins feature, and you’ll be given eight to start off with – but with the Multiway Extra being in play, you could actually trigger up to 96 free games. If you’re able to find the blue orb, you could secure up to 240 free spins, and from that point, there’s no limit to what can be accomplished.

The origin of slots can be traced back to the actual machines, but over time, they developed to the point where desktop slot games were incredibly popular.

Alas, nowadays, the goalposts have been moved yet again with mobile gaming taking centre stage. This slot is compatible on iOS and Android devices, and while it may not give off the kind of natural appeal that slots with a better design do, it’s still worthy of admiration.

While we do have to appreciate the reel innovation, as well as the odd nature of the theming, this slot feels like little more than a gimmick.

While you could suggest it thrives in certain areas, it’s not all too difficult to find dozens of other alternatives that improve upon Fire Horse and then some.

It’s a good way to pass the time if you’re trying to work your way up through the ladder of success, but it isn’t going to capture your imagination for long enough to warrant it being called a success.

The symbols are stunning, but that’s where the excellence ends.