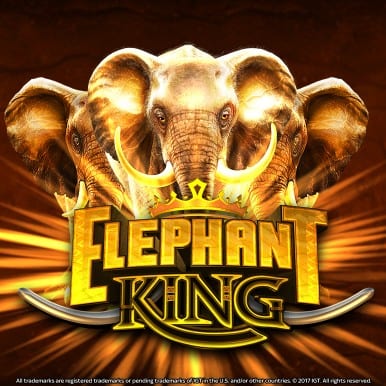 One thing we all have to do is protect the wildlife that we share this planet with - both young and old, big and small. The fact that we live in such uncertain times should push us to be better, and hopefully, that’s the direction we’re all going to be trending in over the next few years. In addition to protecting the aforementioned wildlife, though, we must also honour them. Some of mankind’s greatest creatures are so often locked up in chains when in reality, they should be given the freedom they so richly deserve. One such example of that is the almighty elephant, and today, we’ll be taking a look at a slot that hopes to do them justice in more ways than one: IGT’s Elephant King. 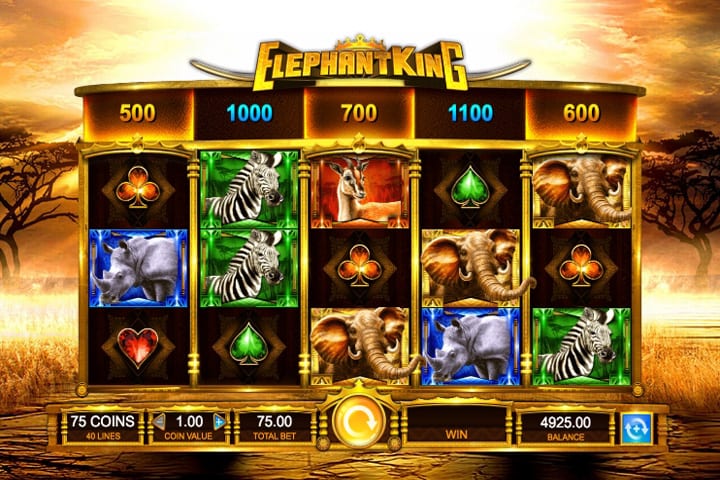 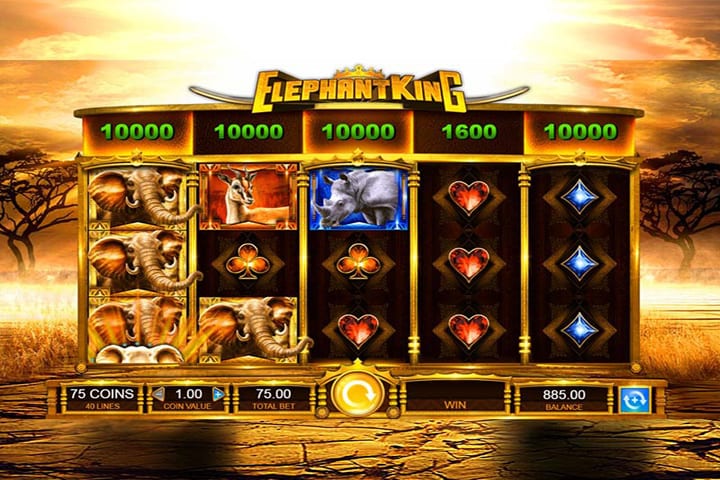 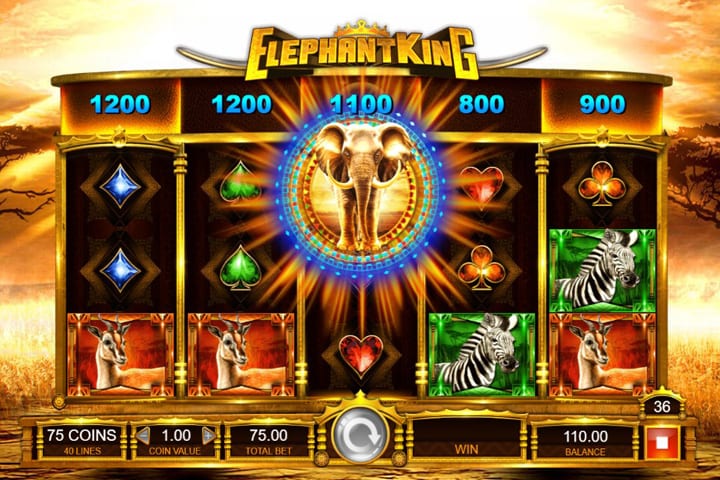 As we gaze upon the African savannah at sunset once the slot is opened, it becomes very clear very quickly that IGT hasn’t come to mess around. While the aim of the game may be to pick up as much cash as possible through a variety of winning combinations, the design and the actual setting that they’ve laid out ensures that this rapidly turns into a very different sort of experience.

The slot, which really is as gorgeous as advertised, goes with a safe 5×3 reel option that only makes the board seem even grander than it did before. When you combine that with the flawless animations, it really is a home run.

There are 40 paylines to work your way through in the slot, and in a slice of good news for the more ambitious punters, there’s a whole lot of money to be won.

In the modern era of slot gaming, even having a middle of the road RTP is considered to be a valuable position to be in. Why? Because then, you’re likely to find a combined appeal with both casual players and experienced veterans. IGT will be happy to provide an RTP of 96.02% for Elephant King, which is a nice and steady starting point – and with medium volatility, the patience of the average punter is almost guaranteed to pay off.

The progression of the stake goes up in bundles of 75, meaning that the minimum wage available for players is a pretty high 0.75. However, if you want to take your game to an entirely new level, you can do so with an absolutely insane maximum bet of 1,500 – and no, we aren’t kidding.

With a base jackpot of 500x your initial stake, there are plenty of reasons why this isn’t a slot you’ll want to walk away from in a hurry.

From the tense yet somewhat soothing soundtrack to the sound effects and beyond, this truly is one of the most beautiful slots we’ve ever had the fortune of playing. Everything about it feels so majestic, and when you’re working with a subject matter such as this, that’s the kind of desired impact you want to have.

The yellow and brown colour scheme fits into the landscape perfectly, with the descent into darkness making it feel like you really have been transported to Africa. Some will say it’s simple, but we’d argue that IGT has taken a concept and made it their own.

As opposed to the standard playcards that we usually see, IGT decided to go with the suits instead as diamonds, spades, clubs and hearts all make an appearance. From there we see some of Africa’s finest animals grace us with their presence, including the gazelle, rhino, zebra and, of course, elephant.

Going hard in the paint with the bonus features is all well and good, but sometimes, providers can lose sight of what they’re really trying to achieve by cramming far too much in at any one given time. Thankfully, when it comes to Elephant King, we don’t seem to have those issues as they go with what they know: sticking to the basics.

The shield & spear is the wild symbol in this game and will replace all other symbols aside from the scatter, which is the Elephant King himself. When the king appears on reels one, three and five at the same time, you will then activate the Prize Disk feature – but we’ll touch on that more shortly.

The triggering symbols will either give you a special bonus prize or the opportunity to compete in the Free Spins bonus feature, with the Prize Disk feature actually giving you guaranteed wins every single time you play.

Upon making your way into the Free Spins bonus feature you will win 10 free spins for each triggering symbol, ensuring you can receive a maximum of 30 free spins. During the free spins, you could see the Elephant King scatter pop up on all of the reels, triggering the Prize Disk feature which, essentially, gives you the chance to claim both free spins and legitimate cash prizes. The standard elephant, rhino, zebra and gazelle symbols will also take on the 2x multiplier role during free spins.

Some will focus on the lack of a progressive jackpot, but there’s far too much else to enjoy here to worry too much about it.

This is the sort of slot site game that deserves to be played on every device imaginable if only to bask in the glory of the design and everything that comes with it. EK is compatible with iOS and Android devices, with that action alone almost certainly ensuring that punters will be playing this slot for many, many more years.

There are slots out there that feature bigger winnings and there are slots that may be a bit more thrilling, but for a classy, enjoyable and worthwhile experience, you can’t get much better than Elephant King.

There’s some real substance to this slot in terms of the gameplay, and the majority of those who have played it will tell you that it’s worth trying if only to see and appreciate the effort put in by IGT.