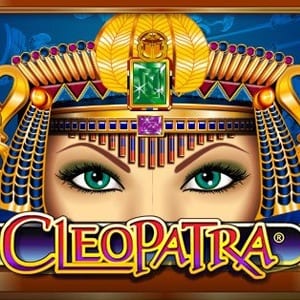 Many of us probably didn’t pay the kind of attention to history class in school as we did to our blossoming gaming careers, but thankfully, every so often we get a slot that comes along and attempts to educate us in both ways. Today, we’re going to be taking a look at IGT’s answer to the constantly growing Ancient Egypt scene: Cleopatra. The vision of beauty that was Cleopatra is known for being the last ruler of the Ptolemaic Kingdom of Egypt, which is hardly the worst title to put on your resume. Today, we examine the slot itself and see whether or not this provider has done justice to one of the most powerful female figures there has ever been. 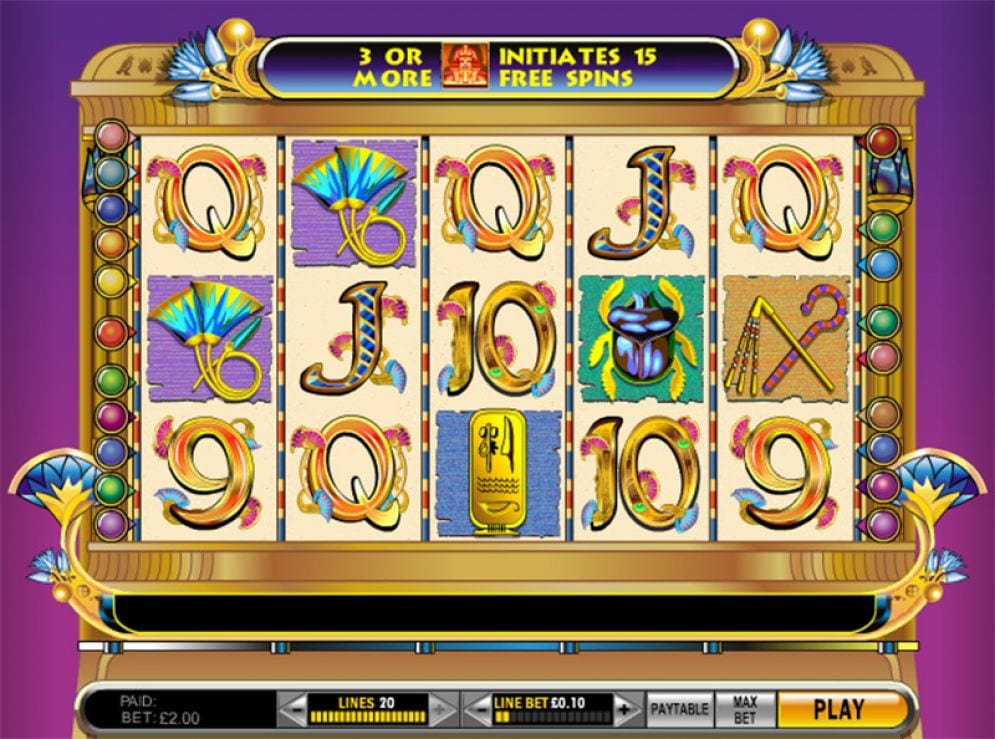 Understanding Egyptian culture going in isn’t going to present you with some kind of superior advantage, but it’s certainly going to help you appreciate the journey that you’re about to go on. This slots game is set up in a way that makes you feel like you’re playing by Cleopatra’s rules, and there’s no bargaining with that one way or the other. As you venture through this often educational adventure, you are regularly confronted with the reality of just how grand this time period was.

While IGT games are known for being a bit out there with their layout design for most reels, this one comes in at a fairly standard 5×3 – refusing to take away from the theming that has been forged. Cleopatra originates from a popular land based slot game, and based on the first impression, IGT has successfully created a strong transition.

There are 20 paylines to enjoy in a game that does stick to the basics but does so in a manner that still leaves us wanting more, and that’s a tough balance to achieve.

RTP can make or break a game’s popularity if enough punters get too heavily invested in the figures, but Cleopatra sits comfortably in the average section with a known RTP of around 95.02% – and that 0.02% is more important than you may think. It’s also in a pretty ‘middle of the road’ position with its volatility, with the sequel Cleopatra 2 actually being viewed as the more volatile game by most fans.

In most cases you can kickstart the gameplay with a minimum bet of 0.01, and you can then roll all the way up to 100. Alas, while that may really seem like the headliner, the big story of the day is that you can win up to 10,000x your initial stake on this game – raising the bar of this slot to a level few others can reach.

The hieroglyphics across the top line of the board immediately put us in the right kind of mood for a slot with this kind of theming. There’s a nice level of detail throughout, and to be perfectly honest, once you’ve got the basics down, it’s better to focus on the really important features above anything that’s just unnecessary and potentially even tacky.

The tension builds at a great tempo with the soundtrack, with it making you feel relaxed at first before moving into something of an onslaught with the volume rising as the pace of the game gets quicker and quicker. Those heightened tensions are important to maintain the thrill of a good slot.

The popular playcards are here to win as ever with A, K, Q, J, 10 and 9, but then, we get onto the good stuff: scarab beetles, the Eye of Ra, a sceptre, tablets, lotus flowers, and of course, our bonus comrades.

A smart player knows to expect the unexpected on any slot, but one of the consistencies that run through pretty much all of them is the wilds and scatters. The scatter symbol takes the form of the Sphinx, and if three or more of them pop up on the reel, you’ll have activated the bonus free spin round which features 15 free spins. You can try and pump that all the way up to 180 during the bonus round, to the point where you have the chance to triple your own winnings.

Up next comes the aforementioned wild symbol which, as you’ve probably guessed by now, is the gorgeous Cleopatra herself. It substitutes itself in place of any other symbols aside from the scatter, giving players the opportunity to double their money. If you’re able to put together five wild symbols, then of course, you’re likely to walk away with a whole lot more than you started with.

There may be no progressive jackpot but financially speaking, this isn’t the kind of slot to turn your nose up at.

Cleopatra can easily be known as old reliable because while the popularity of some slots may rise and fall, she still remains pretty consistent even after all these years. It’s hard to retain that sort of engagement from the general public, but it does help when you’re able to become a part of the mobile gaming scene.

This slot is indeed compatible with mobiles, and more specifically, both iOs and Android – which should always be a foregone conclusion these days, especially with the rise of people playing casinos on mobile. IGT would’ve known from the word go that they were able to strike gold with Cleopatra, pun not intended, and they had to make sure the game lined up accordingly with mobiles as well as desktops.

Sometimes you just can’t resist the status quo, and that’s the position we find ourselves in with regards to Cleopatra.

It’s a fun and dramatic slot that is really easy to play on a repetitive basis, and with big winnings available for all, there aren’t too many negatives to be found – this is especially true if you can get some free spins from a nice casino deposit bonus.

Everyone will search for the type of genre they enjoy, and while we know Ancient Egypt can and has been oversaturated in the last decade, that doesn’t mean we should be shunning the classics to the side, It’s quite the opposite, in fact; we should be celebrating them.