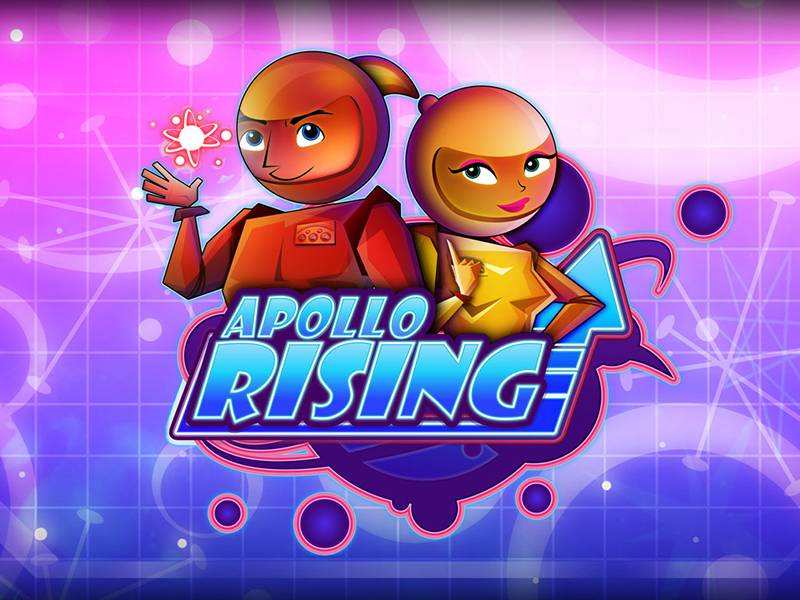 To infinity and beyond. It’s a saying that holds great pride and importance across the globe and one that has offered hope to the masses for years on end. In the next few decades, we’ll continue to explore space and everything that comes along with that, discovering extraordinary new things along the way. Sometimes, though, the idea of an entire universe that we’ve never even touched being out there can be scary - and we need to take a more relaxed approach to the idea of space travel. With that in mind, say hello to Apollo Rising from IGT. This entertaining adventure game takes us on a journey like no other and allows us to take a deep dive into the story of a couple of space cadets and their pets. 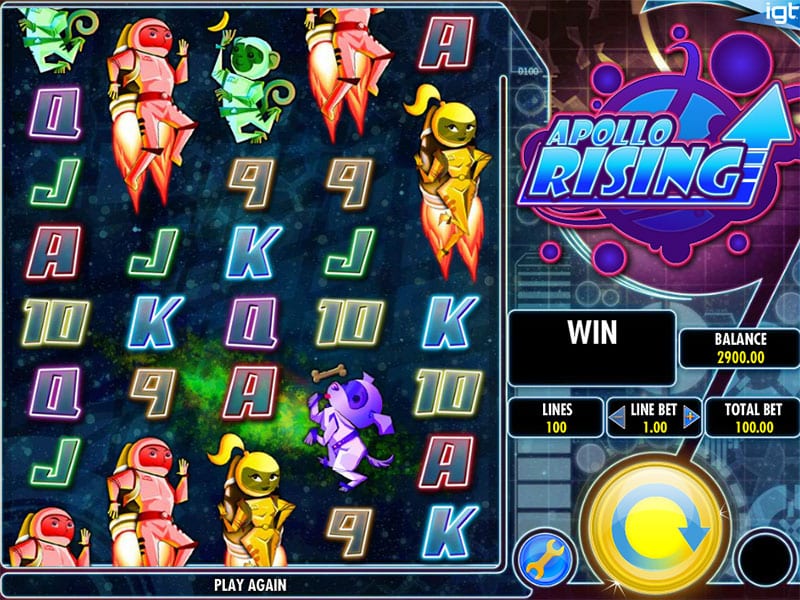 Apollo Rising sees us head on an incredibly important mission to try and save a crew that is in a spot of bother. The co-pilots and their wonderful pets need to be brought back home down to Earth, and if that isn’t enough to motivate you and whip you into shape, nothing is.

It’s always a bonus when there’s some kind of backstory to sink your teeth into, because it feels like there’s a real purpose behind the game. We know that the majority of players want to get in, win some cash and get out, but it can mean so much more than that.

The format is unique, to say the least, with 5 reels across the board which is placed on the left hand side of screen as opposed to running all the way through the middle, with the reels dropping down to as many as 7 rows. This gives IGT software the freedom to make the symbols bigger and better than the standard playing cards, and from a visual perspective, it really does look outstanding.

There are 100 fantastic fixed paylines to enjoy in a game that really does leave an incredible first impression.

The first big stumbling block comes in the form of the RTP, which hardly sets the world on fire. It's reported to be between 92.56% and 96.33%, and from the word go, that serves as quite a big warning sign as it’s such an inconsistent spread. It’s fairly run of the mill with the volatility, too, coming in on the medium or average spectrum.

You can kickstart your gameplay with anything from 1 up to around 1,000 coins, and possibly even more in some areas of the game, with players having the chance to win upwards of 300x their initial stake.

If this soundtrack doesn’t scream fun intro to a 90s space show for kids, then nothing does. They’ve got the theming down to a tee, and it helps to blend together different demographics. Everyone comes for the big wins, if and when they come, but they stay for the experience.

Everything from the logo to the background is not only slick, but it also comes across as being pretty futuristic. Whether or not that was an intentional direction they went in is up to them, but it definitely feels like they could expand on this even further in potential sequels.

The usual operators include the playing cards from 9 all the way up through A, and right alongside them are the four main characters: the male cadet, the female cadet, Blue the Dog and Bananas the Monkey. If that doesn’t warm your heart, nothing will.

Apollo Rising doesn’t actually seem to buy into the idea that you have to feature a scatter symbol, which is why they focus most of their attention on the Rising Respins symbol – which goes on to trigger the bonus. It can appear on the second, third, fourth or fifth reel, which then leads you into a free game. The wild symbols can also turn into a rocket that goes across the entire reel, and those wilds will then remain in place for the duration of the free games that were triggered in the bonus. It might not be as over the top as some offerings out there, but it does just enough to keep punters intrigued.

There’s no expansive and progressive jackpot on offer for the high rollers out there, but Apollo Rising knows it can get by on what it already offers.

While there has proven to be a bit of difficulty for some in accessing this slot on the mobile in certain countries, you can rest easy knowing that it is compatible with iOs and Android devices. This game hit the airwaves back in May 2015, right in the midst of a major boom period for mobile gaming. Many, many long time players of these providers had already begun the process of transitioning over onto the mobile casino side of things, and IGT was quick to recognise that with many of their products.

‘The bigger, the better’ is a phrase that can be adapted to many slots, and we can understand why some feel as if this would be the same for Apollo Rising. Still, as much as we love seeing it in action on the desktop, it’s equally as satisfying to play the game on your mobile – and it doesn’t take long to figure that out.

Apollo Rising is a triumph and it serves as the kind of benchmark slot that IGT can not only be proud of, but that they can also show off as a shining example of what a world class slot can be. You have to be patient if you want to wait it out for the big winners, but for a game like this, it’s all about riding that rollercoaster and seeing what you can get out of it.

This is a professional slot that not only looks and feels good, but also doesn’t forget to embrace the joy and mystery of the great unknown.

Houston, we most certainly do not have a problem.