He’ll be back. The claim is made, and more often than not, Arnold Schwarzenegger follows through on it. The Terminator series may not be everyone’s cup of tea, but nobody can deny the role it has played in redefining the science fiction genre. 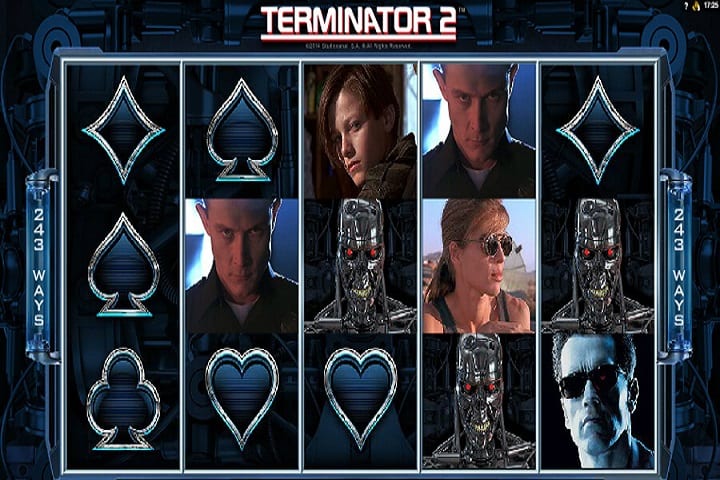 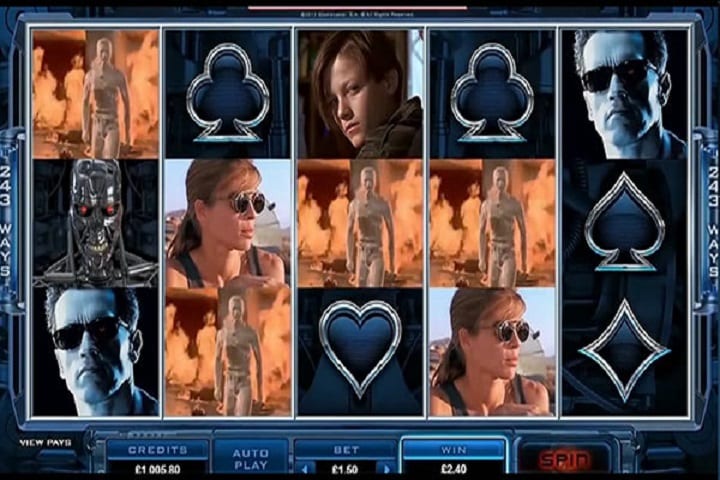 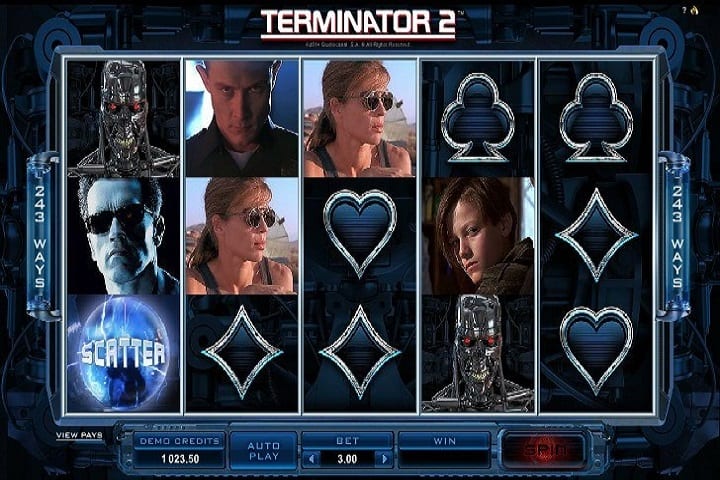 Everyone can appreciate the fight scenes and the utter chaos that comes with T-800 when he does just about anything, mainly because it’s the kind of franchise that allows us to escape everyday life and dive into an entirely different culture.

Today, we’re going to take a look at a slot that will try and capture the essence of Terminator 2 in all its glory. The slot has been created under the guidance and tutelage of Microgaming, and given their track record, we should be in for a fun ride.

Find the matching icons and win some money – that’s the aim of the game, and anything beyond that needs to try and convince players that this is the kind of slot they can play for hours on end without getting bored. The special effects and the robotic atmosphere of this slot obviously fit in really well with the theming, and that’s always going to benefit a game that really should focus on being as badass as it can possibly be.

The 5×3 reel layout is set up nicely across the board, allowing the symbols to shine and the background design to really take shape.

During the base game there will be a huge 243 ways to win, but once you make your way through to the free spins feature later on, that’ll increase to an absolutely insane 1,024 ways to win.

You’ve got to try and embrace the result of the RTP, regardless of whether or not it is as high as you were picturing it to be in your mind. In this instance, for Terminator 2, the RTP is actually pretty strong with a reported rate of 96.62%. When you compare that to some of the alternatives out there on the market, it’s pretty impressive. The medium volatility also ensures that while you will have to be patient for the bigger wins, they will come if you keep pushing.

It’s a simple enough process to get started with the gameplay, as you can put down a minimum stake of 0.30 – before building that all the way up to a conservative maximum of 30.

Once you've made your way through to the bonus features, there’s also an opportunity for you to claim a maximum prize of 2,950x your initial stake.

It may be a bit laggy at times, but the animation and gameplay really do stick to the subject matter quite nicely. The characters are recognisable, the design fits in with the ambience of the movie, and the soundtrack steadily builds the tension up to the point where we’re rewarded with what feels like a really high stakes slot – even though it’s actually quite low risk. Plus, and this can’t be undervalued, the colour scheme works perfectly.

The spade, heart, diamond and club suits appear as the lower value symbols, before we work our way up to the characters: Terminator, T-1000, Sarah Connor, T-800 and John Connor.

Every slot needs some kind of substance behind the base game, if only to see what kind of drive and passion the slot provider has put into the project.

The T2 wild symbol is one you have to keep your eye on, as it can substitute itself for any and all symbols on the reel aside from the scatter.

If you’re able to find just one of the scatter symbols then you could be gearing up for some spins that are free, but we’ll come onto that shortly.

In the midst of the actual base game, non-winning spins could open the door for the T-800 Vision feature. It will be activated at random points, and from here, you will see the game through the eyes of the Terminator as he starts to pursue targets. When doing this, you will receive a cash reward whenever he is able to identify and land on the characters with a higher value.

In addition to the Free Spins feature giving you far more ways to actually win, it’ll also change up the game a little bit. You will wind up facing a 5×4 reel layout instead of the aforementioned 5×3, and the T-1000 symbol transforms when you’re forming a winning spin. This means it can change into any other character symbol, boosting the amount you’re actually winning. At the start of the Free Spins feature, you will be rewarded with 10 free spins.

The jackpot often tends to be a big focus in these games, but thankfully, the fact that it isn’t progressive doesn’t take away from the money that can still be won.

In the present day, it has never been easier to switch on your desktop, tablet, or mobile and play some slots – and that trend continues with Terminator 2. It’s never going to be known as the smoothest of slots on the planet, but the gameplay is still entertaining. The slot has been made compatible with iOs and Android devices by Microgaming, which should put a smile on the face of some Arnie fans out there.

Terminator 2 doesn’t possess the same kind of instant impact as its namesake, but the value in it comes from its heart. This is a tribute slot and nothing more with winnings that are pretty average, design work that sticks to the source material and bonus features that focus on gimmicks more so than anything else.

Still, as we’ve all come to learn over the years, nostalgia can be an incredibly powerful thing. With that in mind, we’d recommend that punters give Terminator 2 a try if only to take you all the way back to 1991 when this blockbuster hit first made it onto the big screen.