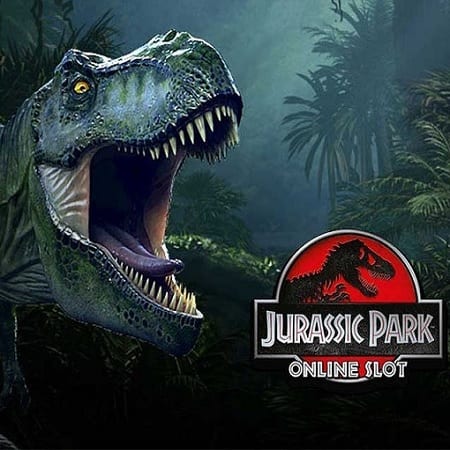 There have been some truly elite movies and franchises over the years that have helped us all through some tough times, and others that have simply thrilled us in ways that we never thought possible. Somehow, someway, Jurassic Park was able to do both. 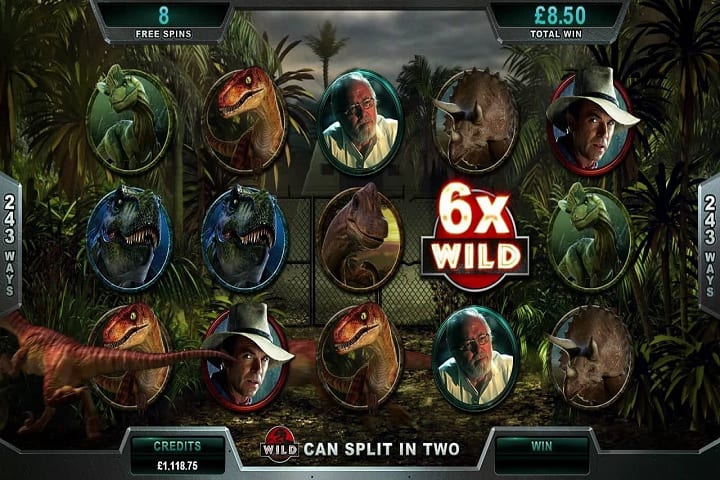 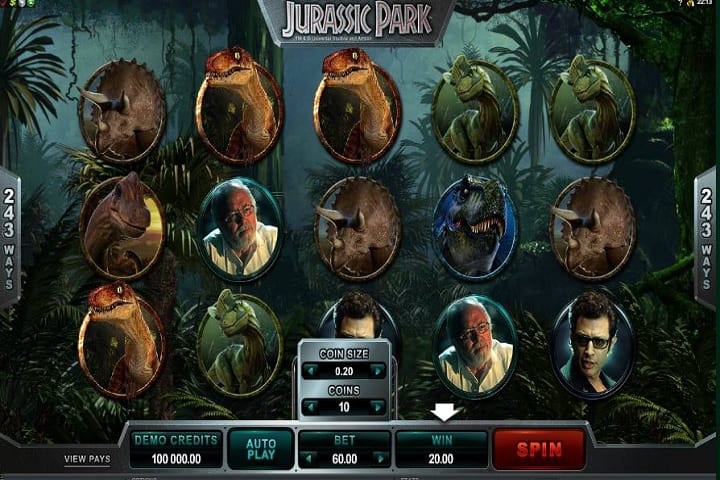 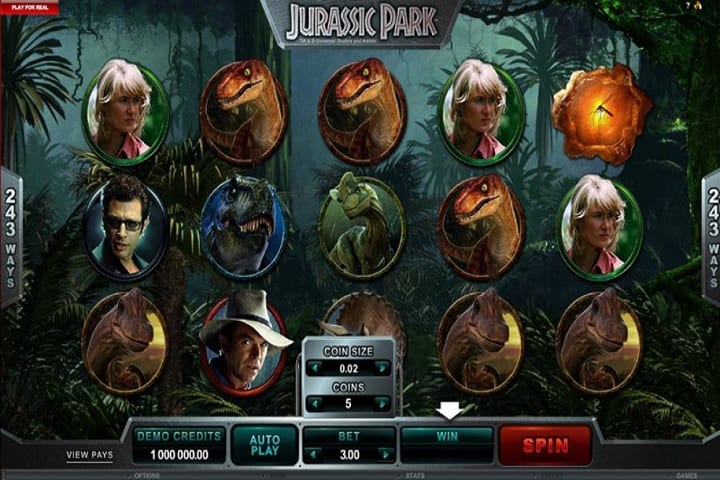 The general idea of building a series of movies around dinosaurs has been attempted many times, but few had the kind of success that JP did. From the initial movie onwards, they were able to inspire a generation – helping them to learn and understand more about these great creatures and what kind of role they played in our history.

Today, we’re going to take a look at Microgaming’s 2014 release that attempts to recreate the feeling we all had when we first heard that almighty roar.

This slot aims to offer players a supreme gaming experience from start to finish, and given how official it all feels, it’s probably coming to come closer than any other imitation possibly could. The game is set in a dark jungle with the ever-looming presence of a dinosaur hanging around every corner, as you get to feel what it’s like to dive headfirst into the chaos that Jurassic Park often brings. The game actually uses parallax scrolling effects, which is pretty rare in itself, and it does so in order for the background images to move slower than the foreground. It’s sleek, and it really does allow you to immerse yourself in this world.

The standard 5×3 reel layout is spread out quite nicely, allowing for the background to really come into focus as there’s no real frame around the symbols.

There are plenty of ways to keep things interesting in the base game, too, with there being 243 ways to win.

Even if you want to simply play away and not worry about what you may or may not win, it’s always worth keeping an eye on the RTP. It’s a good way of figuring out what kind of experience you’re actually going to have, and for Jurassic Park, the outcome is quite promising. The RTP comes in at a cool 96.67% which is a really decent figure, and it’s also considered to be above the standard industry average. It has medium volatility, too, which should ensure a steady stream of wins to go alongside the entertaining gameplay.

You’ll be able to get started with the slot from a minimum stake of around 0.30, and you’ll be able to work that up to 15 – which isn’t the highest maximum we’ve ever seen, but it’ll help to keep you pretty conservative.

What isn’t conservative, though, is the fact that you could wind up walking away with maximum winnings of 6,000x your initial stake.

With some of the bonus games featuring locations from the movie and the soundtrack being a perfect tribute to the actual score itself, it’s safe to say that this is a pretty spot on interpretation of the franchise we’ve all known and loved for so many years now. The finer details of the design work really do make this a slot for the ages, if only for future generations to test out once or twice.

The base game doesn’t waste any time with playcards, and instead, it’s all about the theming. The velociraptors, brachiosaurus, triceratops, dilophosaurus and Tyrannosaurus rex all make an appearance, in addition to some of the central characters: Alan Grant, Ellie Sattler, Ian Malcolm and John Hammond.

It’s important to have a few bonus features that grab the attention of punters in most slots, but for JP, it’s especially important to really dig deep and get the most out of this subject matter that you possibly can.

The first of the intriguing features comes in the form of the T-Rex Alert Mode which lasts for six spins, with the good old T-Rex appearing behind the reels every so often. There are upwards of 35 wild symbols featuring on the reels throughout this, so make sure you’ve got one eye on the Jurassic Park logo that pops up from time to time.

If you’re able to find three or more dinosaur eggs, which serves as the scatter, you will enter into the Free Spins feature. There are actually five different free spin features that are all unique in design, with a string of new and different add-ons. You’ll play as the T-Rex at first, but once you enter the bonus mode 25 times, you can pick your own poison – with each feature giving you 12 free spins.

Tyrannosaurus Rex – Wild reels galore is the theme of this bonus feature with the T-Rex symbol being stacked in groups of three, and when you find him, you are guaranteed a win.

Velociraptor – The stand out point from this bad boy is clearly the split wilds and wild multipliers. The split wilds give you more of an opportunity to win big, whereas the multipliers ensure that you could get 6x on winning free spins.

Brachiosaurus – The mystery multiplier comes into effect with anything from 2x to 6x applying to a certain number of free spins, and with this feature, you’re able to trigger even more free spins as you proceed.

Triceratops – Running wilds, re-spins and random stack nudges – you name it, they’ve got it. With the stack, the dinosaur in question will run across the reels to ensure they turn into full reel wilds, which are held in place for the re-spins. When you have full stacks the reel wilds will also hold, with running wilds on all reels being available.

Dilophosaurus – When the one and only Dilophosaurus appears, he will spit at a symbol, turning it wild in the process.

The jackpot isn’t progressive, but there’s a whole lot of money to be won.

Around the time that this slot was released, mobile gaming was really starting to take off in a big way. Therefore, as you can probably imagine, it is fully compatible and functional on iOS and Android devices – which will serve as music to the ears of those who like to play on the go.

Those of you out there who believe this is only a slot for fans of JP could not be more wrong. It’s a sophisticated, well-designed slot with great features that focus a lot of their attention on wilds, which is hardly surprising given that Microgaming has produced it.

It’s the kind of slot that draws you in to play multiple times, and that alone is a good enough indicator to us that it has found some kind of success.