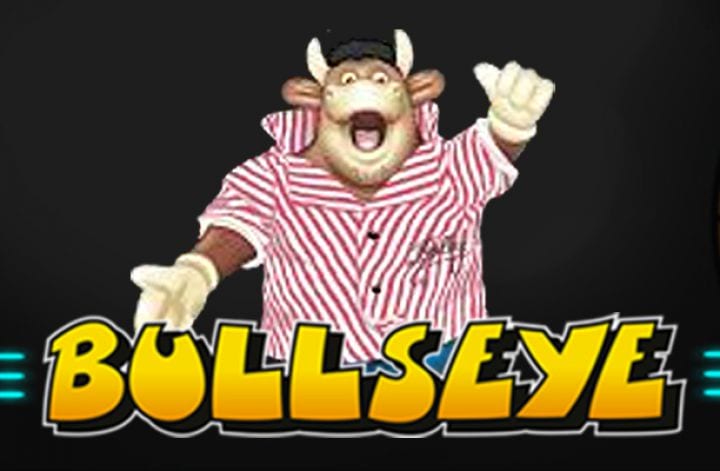 There’s a lot to be said for the importance of pop culture and what it can do not only for a small group of people but for an entire nation. If we take a leap back into the past, all the way back to the 1980s and 1990s, the United Kingdom was in the midst of some difficult times. Yet while it may seem futile now, the charm and ‘niche’ nature of their television programming got many residents through some tough days - with one such example of that being Bullseye. Back at the height of its popularity, the game show would regularly pull in audiences of up to 15-20 million people. If that isn’t enough to warrant a Microgaming slot tribute, then we’re not sure anything is.

The popular cult classic translates nicely into the world of slots, with everything from the original Bullseye being taken over in order to make for an authentic experience. Bully the brown bull is there, Jim Bowen is mixing it up with some of his classic one-liners, and Alan Green is commentating along to try and bring some kind of professionalism to proceedings – but whether or not he succeeds is a different matter.

Because the game leans into the idea that you win prizes, it really does feel like you’re an actual contestant on the show. That may not do a whole lot for those who didn’t like it back in the day, but as a throwback, it really is quite effective.

This Microgaming software decides to go down the standard 5×3 reel route, and given the layout of the game, it fits into the board quite nicely. The bonus features touch on the darts gameplay more so than the actual slot, but you definitely get a good look at all of the symbols.

As you can see in bright lights on either side of the board, there are 243 ways to win with paylines coming out of Bully’s ears. Sure, it’s a bit tacky, but that’s what Bullseye is all about – and you can’t argue with those numbers.

It’s all fun and games until you get down to the nitty-gritty of crunching the figures, starting off with the RTP. For Microgaming, as we’ve come to expect with this provider, there’s a pleasant surprise in store with an RTP of 96.63%. It’s not the best we’ve ever seen, but it towers above some of its rivals from other providers.

You can get the ball rolling with a minimum bet of around 0.30 on Bullseye, with the maximum being surprisingly conservative at a low 15. You may not blow anyone’s socks off with maximum winnings of 5,000 coins, but then again, perhaps that isn’t what a slot like this is about. Maybe, just maybe, it’s about the love of the game.

Straight from the word go, the soundtrack simply has to be admired in this slot. It takes you from feeling like you’re down the local pub to feeling like you’re at the heart of a big competition – and then it takes you right back again. Alas, in that same way, it also has the elegance of an old school pub slot machine game, too. That might be enough to draw in the nostalgic punters, but it probably won’t be enough to keep them hanging around for very long.

The symbols on the actual board are, as we’ve already touched upon, inspired by the kind of bizarre prizes you could win on the show. You can get a caravan, old-school car, speedboat, sunglasses, tankard, Bully soft toy and dart flights. If that doesn’t get your motor running, we’re not sure anything will.

There’s simply no point in creating a slot machine game based on Bullseye and not putting in a few fun bonus features for the masses to enjoy. If nothing else, you’ve got to try and recreate that golden TV drama.

As always, there's a wild in play, so keep an eye out for the Bullseye logo to see whether or not he can take your earnings to another level. Outside of that, there are two other features that set Bullseye apart from its competitors.

The free spins feature can be triggered by securing three or more Free Spins symbols on the reels, which will then lead to a potential 15 free spins with all wins being doubled with a rather handsome 2x multiplier. From that point on, you move forward to the main event: Bully’s Prize Board Bonus round.

After getting the dartboard bonus symbol on the first and fifth reels, you will be given five throws on five sections of the board. This could bring in a cash prize that is two times your initial stake and 15 times your initial stake, meaning you could ride as high as 75x your stake when it’s all said and done. It’s about building up some momentum, and if you can do that, you could be on to a big winner.

There’s no progressive jackpot on display from Bully, but from an old school game, that isn’t all too much of a surprise.

If you get lucky with a good run, then Bullseye could wind up surprising you with just how smooth it can be – and that goes for both the desktop and the player who likes to play on a casino via mobile, with it being compatible with iOs and Android devices.

You wouldn’t have thought it would be the kind of slot that would lean into the mobile generation, but that’s precisely the point. Many of us have been falling in love with Bully for decades, and now, a whole new crop of fans can be born.

Bullseye is great fun and it really does make us feel warm all over, and in truth, we love it as a slot concept and in execution. It’s not going to compete with the truly elite slot games out there, but this is a dark horse that deserves to be around for years to come.

The RTP is decent, the gameplay is good, and it’s a heartwarming tribute to one of British TV’s most famous bodies of work.