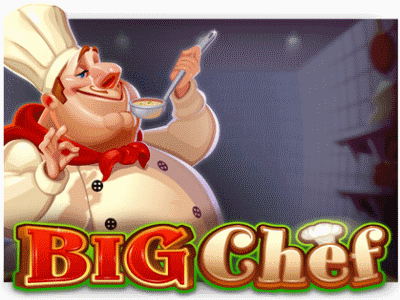 Different interests come and go for us all in life, but once we move from one thing to the next, it’s important to remember the relevance that every ‘phase’ has. Alas, while this may be true for a lot of things, one thing that never seems to shift or change is the human love for food. Relationships come and go and jobs can be fleeting, but one romance that will always be there is our association with a really great meal. It’s always going to be a big part of the past, present and future, and therefore, we can understand why Microgaming decided to create the fascinating Big Chef slot. 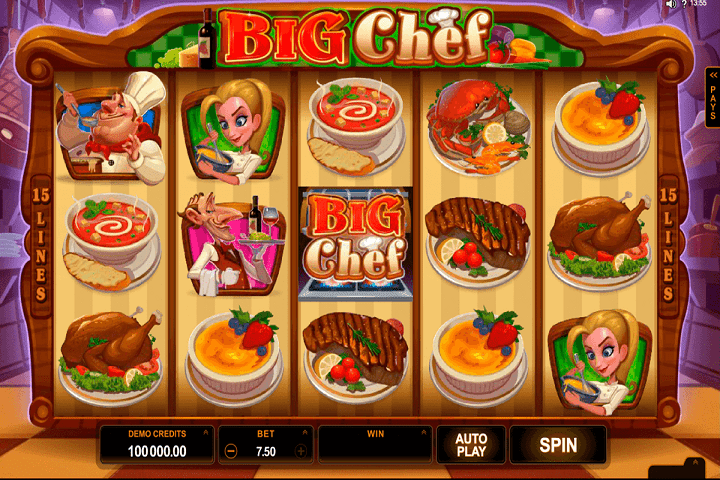 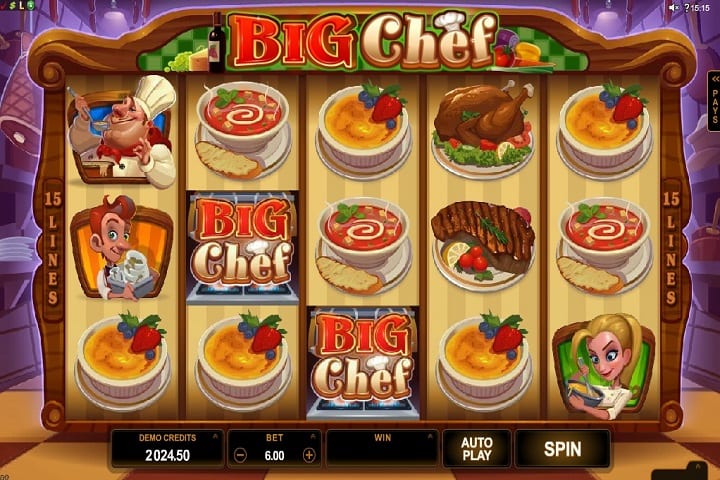 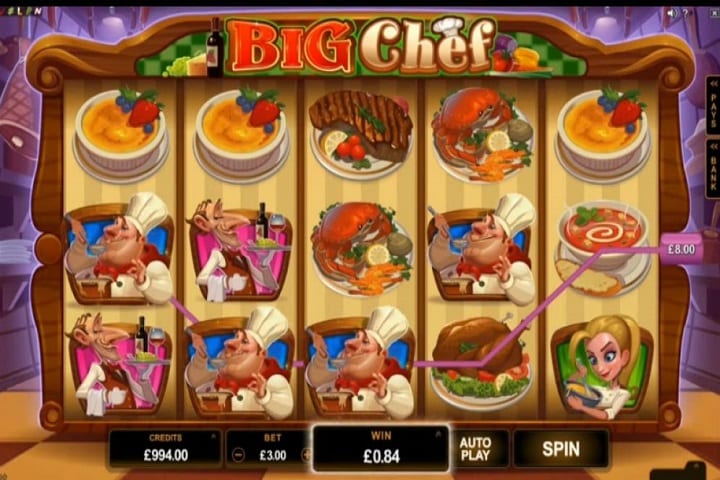 It’s a little bit unorthodox and can certainly fall under the ‘different’ bracket, but more often than not, that brings us the best product of them all. Today, we’re going to see whether or not it holds up, five years on from its 2015 release.

We’re taken deep into the hectic hustle & bustle of a standard kitchen as the Big Chef attempts to cook up a storm for his customers. As we’ve all seen from the old school cooking games where you have to try and get as many meals out as you possibly can in the quickest possible time, this can often serve as a pretty stressful environment. We love that the slot embraces that, as opposed to painting the kind of fantasy picture that any chef would tell you is a lie.

The 5×3 reel is fairly standard but it does give every single symbol the chance to shine, and the layout allows the board to give off a ‘menu’ vibe that obviously fits in with the theming quite nicely.

There may only be 15 paylines but there’s still an awful lot of money to be won, as we’ll come on to further into the review.

The facts and figures behind the actual slot itself are always going to be an attractive feature of any analysis, predominantly because that’s why so many people decide to play them in the first place – to win big. When it comes to Big Chef, the reported RTP certainly helps to put it over as a slot worth trying with it being between 96.51% and 97%. With a high return value such as this you’re bound to get players coming back for more, and while you have to be a bit patient with its medium volatility, it’ll be worth the wait.

If you want to kickstart your time on this slot with a gradual incline in terms of the stake, then you can begin by playing a minimum wager of 0.15. From here you can work your way up to a fairly conservative 7.50 as the maximum bet, but you shouldn’t underestimate what might come from that with potential winnings of 10,000x your initial stake.

The colour scheme alone makes us feel really hungry here, and we’re not even entirely sure how they’ve managed to do that. The theming for this slot is absolutely on the money all the way through, though, with the accordion soundtrack giving off a classic European restaurant vibe – as if you’re on a one way trip to Rome or Paris with no intention of returning home.

Big Chef plays around with the idea that the cartoon style can be great fun, and given how the end product turned out, we’re definitely inclined to agree – especially with the animation.

They don’t mess around with playcards in the symbols for this slot, either, and instead, they dive headfirst into more theming, starting off with some soup and steak before moving on to chicken and lobster. Then, we get the higher value chefs and waiters.

Every top game is powered and improved by some bonus features, because even if you don’t want to go too over the top with them, it’s nice to be a bit inventive – especially if you want to add a few extra incentives into the mix when you’re attempting to sell the slot to punters.

The Base Game Free Spins feature forces you to keep an eye out for the scatter Cloche symbol on the fifth reel, and if you secure it, you’ll receive an instant free spin. Then, if you spot the Big Chef logo wild symbol, it will rise upwards to the row above after every single spin, increasing your potential winnings in the process – which is called the Rising Wilds feature.

If you want to unlock the Free Spins feature in the first place, then you must trigger three or more menu scatter symbols which will provide you with 10 free spins. You can’t trigger any more after that, unfortunately, but if a wild lands on the second or third row, it will expand upwards to ensure you’re in with a chance to win even more with the wilds.

The jackpot has already been noted and while it may not be progressive, it doesn’t really need to be with a slot like this.

What’s the best way to get yourself hyped up for a great meal? Simple: play Big Chef on your train or bus ride home from work, or as you’re waiting for it to come out of the oven.

This slot is compatible with iOS and Android devices, courtesy of Microgaming, and while the symbols are more defined on the desktop, it’s still a pleasant experience.

There’s a whole lot to love about Big Chef as a slot, if only because it has so much spirit. It’s a joyful slot to play regardless of what sort of mood you happen to be in, and the possible rewards at the end of a session are too tempting to turn down.

The bonus features aren’t exactly ‘out of this world’ good, but with a strong RTP and smooth gameplay, you’ll struggle to find all too many people that think this isn’t worthy of your time and effort.