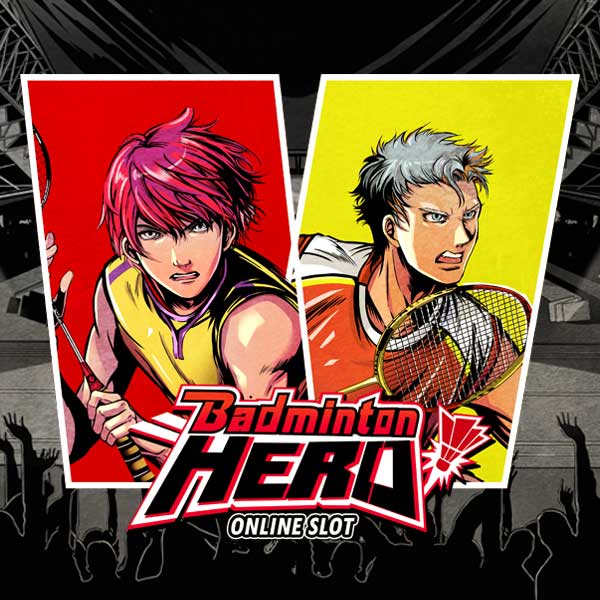 While the stereotype for most slot game providers seems to be that the sports genre isn’t one that should be touched all too often, we feel as if there’s a lot of money being left on the table here. In addition to sport being one of the biggest forms of entertainment on the planet, there’s also a whole lot that can be done with a variety of different sports from football to basketball and beyond.

Alas, sometimes, you have to think outside of the box and go down the niche route - and that’s exactly what Microgaming has done with Badminton Hero. In what seems to be one of the first and only examples of the game being used in a slot, this 2018 offering aims to set itself apart and distinguish itself as the leader in this small field. 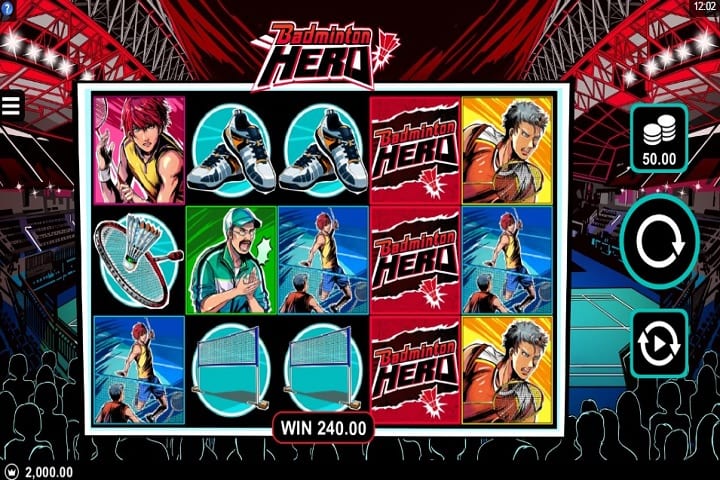 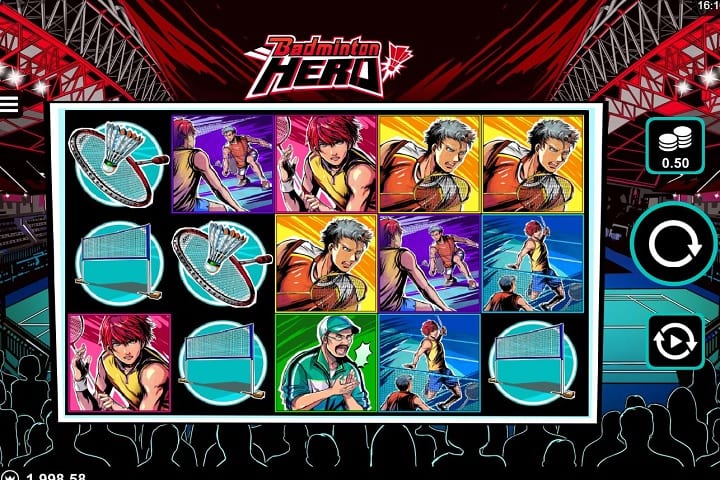 Microgaming casino software is well known for producing great content, and also being most active providers in the business right now with new slots coming out every other week – or, at least, that’s what it feels like. Badminton Hero capitalises on the growing popularity of badminton, which continues to reign supreme as one of the most overwhelmingly popular sports in the East.

The rolling reels format sends players on a crash course when it comes to learning more about the intricacies of slots and what it means to be a thriving player.

You don’t need to be an expert in badminton to play this slot, and you don’t even really need to know the rules – you just need to have a hunger for having fun and winning some money.

The standard 5×3 reel layout is set up nicely across the board, with the buttons on the right hand side of screen being featured prominently, perhaps to entice players to keep on playing over and over again.

BH pushes forward with the 243-ways-to-win format, ensuring that you only really three or more of the same symbol on adjacent reels to get your show on the road.

Most slots fall short when trying to come in strong with a decent RTP, but Badminton Hero’s 96.45% is certainly a big enough figure to raise a few eyebrows, regardless of your experience levels in slot gaming. It also has medium volatility which, depending on the way you look at slots, could be deemed a dull point and could also be viewed as a ‘best of both worlds’ type of scenario.

In terms of the coin value when placing bets, BH is a little bit different in that all you need to do to decide the value of the coin is pick between 0.01 and 1. That’s it.

Don’t be fooled into thinking that will reduce your potential winnings, though, because there is a potential grand prize of around 120,000 coins available if you’re able to strike gold.

One of our favourite elements from this slot is the actual design. You could easily have picked this out of any anime show or video game, with everything from the characters to the logo giving us some serious Tekken vibes. The gameplay is smooth and the subtle animations work really well, with a backdrop that makes you feel as if you’ve been transported over to the Olympic Games. The drum & bass style soundtrack also keeps players in that competitive mentality throughout, continuing the theme of simple yet impressive detailing.

They really do commit to the theming with the symbols, too, with the lack of any playcards making for a nice change of pace. There are smaller wins in play when you manage to land on the court, shoes, net, racket, or actual shuttlecock, with the other symbols serving as the main five: the coach, the low rally, the smash rally, the silver hair player and the red hair player.

Bonus features tend to make the world go round in most slot games, with the first notable point regarding BH being the wild symbol which is the actual game logo. It can be stacked onto any of the three middle reels, which helps to complete a string of extra combinations whilst you’re playing. The scatter symbol, on the other hand, is the all-elusive trophy. You could earn up to 5x, 50x or 250x your total stake if you land three, four or five scatter symbols, which comes in handy alongside 15, 20 or 25 free spins.

The aforementioned Rolling Reels sees symbols in a winning combination vanish, with the empty spaces being filled by more symbols that drop down into the reels. If they continue to form new winning lines, that’ll carry on until there are no more new wins on offer – which obviously helps quite a bit with the free spins feature.

The Wild Smash feature can be awarded in any and all spins, too, with one or two reels having the potential to turn fully wild, which could cause quite the financial ripple effect.

The jackpot may not be progressive, but there’s certainly enough money flying around to put smiles on punters’ faces.

Mobile casino gaming is the present and future of slots, and while many of us will continue to try and hold onto the desktop days, there’s a lot to be said for the kind of movement we’re seeing on the mobile front. Thankfully, for those who enjoy BH, you’ll be able to play it on iOs and Android devices as Microgaming has ensured it is a compatible slot.

The theming is on point, the gameplay is fun, and even though it’s quite simplistic, we think that adds to the success and glory of Badminton Hero.

There aren’t many flaws to be found in this slot, and you aren’t likely to find many critics who would try and pick it apart. In addition to this being a sport on the rise, Microgaming is proving that they can still put out quality products even when the quantity of their slots is going through the roof.