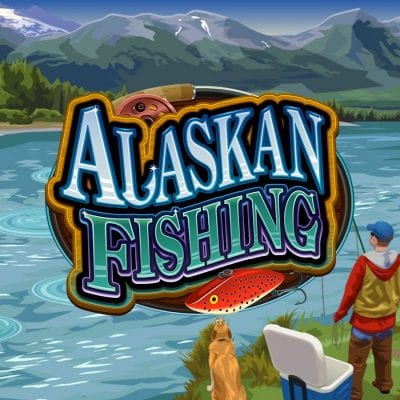 We all tend to take life a little bit too seriously these days, and while it isn’t exactly hard to see or understand why, sometimes, we need to take a step back and appreciate the little things in life. On that note, say hello to the charming Alaskan Fishing. The remote land of Alaska can often feel like more of a dream sequence than anything else, but in this Microgaming creation, we get to delve deep into just what exactly makes this nirvana the great fishing expedition that it is. There isn’t a guided tour involved or anything like that, but it well and truly does what it says on the tin in moving away from the larger than life arenas in favour of something that gets us all back in touch with our roots. 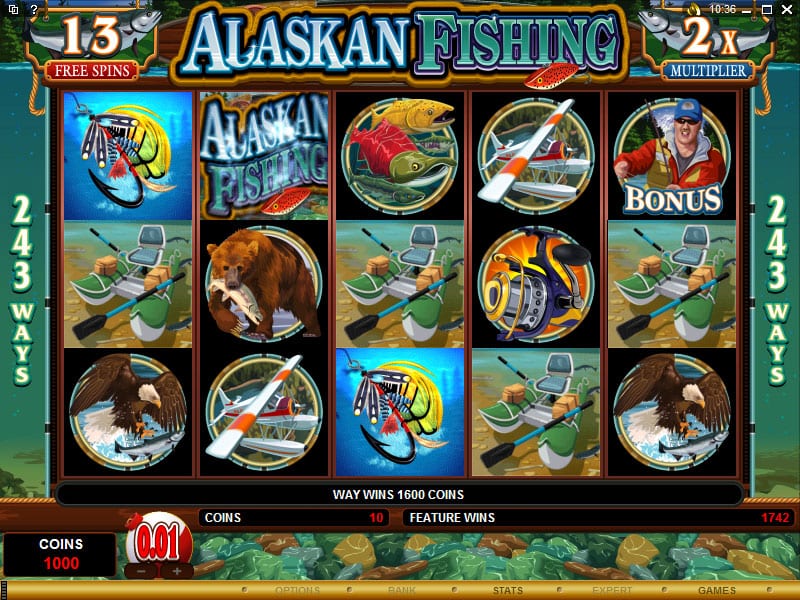 If going on the hunt for a positive RTP is on the agenda, then boy oh boy do we have good news for you – because AF comes in at a whopping 96.63%. With seven years on the market, dating back to 2013, that’s as competitive as you can get for a grizzled veteran. However, the payline does take a drop when compared with some Microgaming alternatives at just 243 ways to win, although you could argue the niche nature of the game is what will be drawing in the punters above all else.

The 5×3 reel is a bit tighter than most, but visually, it does actually work quite well on the eye. The idea of leaning back in your chair and waiting for something to bite really does play into the fishing theme well, as you lark around on the Alaskan tundra and anticipate matched symbols on any line from left to right.

There are add-ons and exciting bonuses to be won and exploited, but for the most part, the simplicity of this game is what the common punter enjoys. Plus, with the betting options ranging from low-level to the high rollers, you’re likely to find a diverse audience enjoying the gameplay.

To call this a jolly soundtrack would perhaps not be doing justice to the entertainment value that comes with this setting. An argument could be made that it doesn’t wholeheartedly fit into the message they’re trying to send or the theme they’re going for, but traditional Alaskans would likely disagree.

We get an underwater vibe with a sight of the trees and mountains in the background, but in the foreground, it’s all about the symbols. The graphics themselves don’t scream “world class”, but they don’t really need to be. We see bi-planes, eagles, fishing boats, grizzly bears and a plethora of fish, with the intriguing part being the subplot of the bears and eagles getting those fish before you’ve even got the chance.

Another black mark that may be put against the game is the maximum payout of 500x of your original stake. With that, though, comes the knowledge that while it may not be a highly volatile game, there’s still a chance of some decent smaller rewards when you take the RTP into consideration.

Bonus features tickle the fancy of many, many players out there and while some newer models and slots attempt to play it safe, Alaskan Fishing ventures to really hit the ‘fishing’ nail directly on the head.

The first of the two main bonuses come in the form of three tackle boxes spread throughout the final three reels, and if its hit, you will be awarded with a whopping 15 free spins with your winnings being doubled right alongside it.

Then comes the fly fishing bonus. This is triggered if you land a fisherman logo on reels one and five, and if you get that far, you can then cast your line on five different spots with the hope of hitting the mark on five big fish and five big bonuses. It’s a glimmer of hope, and that’s all most of us need in this game to keep indulging, with the bonus range multiplier having a widespread between 2x and 15x your original stake.

It shouldn’t come as the biggest surprise in the history of slot games that the jackpot rests at the 500x payout we mentioned before, with no progressive jackpot to speak of. This is the kind of game that doesn’t attempt to go above and beyond the ceiling that has been laid out for itself, and instead, it remains within the constraints of the “fun” genre – which is a safe and secure place to be.

It’s been said before and it needs to be repeated once again: Microgaming just seems to have their finger on the pulse with mobile slots. One of the biggest positives any game of this variety can be given is that it’s smooth, and while it gives off more of an attractive look when the screen gets bigger and bigger on iPads and even desktops, it settles into the mobile mould just fine.

It is customised for both iOs smartphones as well as Android with some of the very best mobile casinos playing host to it, and that alone should always be a symbol of consistency. Too many games break down at the first sign of distress, but AF appears to have been streamlined to look like something of a modern classic. Aside from the graphics, it’s the definition of a believable experience.

Saying that a slot game is fun for all the family is probably a step too far, but if you’re looking for an entry point slot that is slightly above the beginner level, then Alaskan Fishing is right up your street.

Comedy isn’t the theme everyone enjoys in the world of slots and that’s understandable, so personal taste will factor into this one.

It’s sharp and consistent, and even with smaller payouts, AF leaves you wanting more – or, at the very least, gives you a game that puts a smile on your face.