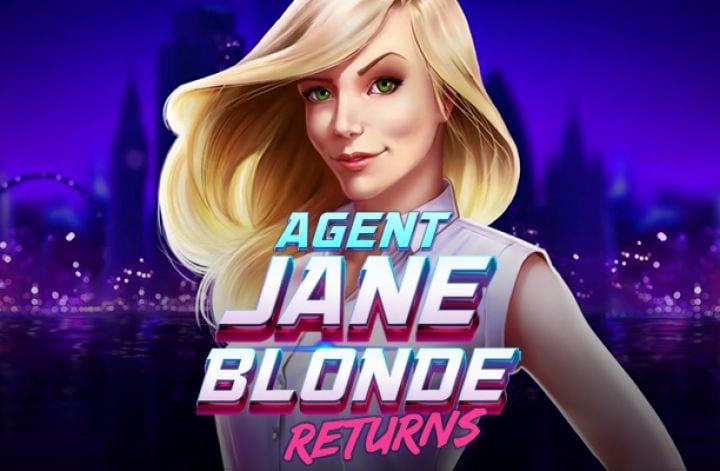 Shaken, not stirred. Bringing a brand new slot into the world always involves some level of creativity, even if critics of a particular brand or genre don’t want to admit it. While it may not seem like it, Agent Jane Blonde Returns provides punters with an intriguing take on the man we’ve all followed for so many years now - 007, aka James Bond. It may be viewed as a slightly “out there” or over the top introduction into life in the spy field, and some will argue that they prefer the OG, but such is the nature of slot development. AJBR takes us on a journey, and it sends an important message to the masses about the place that powerful women have in these games. Sure, it may be easy to go with the big muscle-bound Hercules, but society is quickly coming to understand that it’s girls who really do run this town. 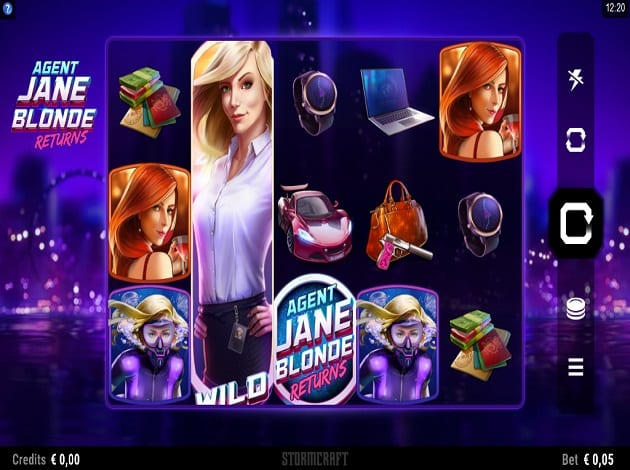 The known RTP for the elusive sequel tends to vary, and while this Microgaming creation is entertaining, the figures thrown around haven’t been consistent with anything from 96.45% to 96.6% being reported. In either sense, though, it isn’t the highest of RTP scores and it also isn’t viewed as a particularly volatile game. It may seem like one that endorses the risk factor from the outside looking in, but whether it follows through on that is a different matter altogether. MG is probably hoping that the ‘Returns’ marketing alone could be enough to drive some fresh, and maybe even returning, players to the game, regardless of whether or not they’ve even heard of the first one.

The reel comes in at a 5×3 structure which really does enhance the symbols that are right in front of you, but when we say the gameplay can be quick, even that might be an understatement. With 15 pay lines to try and work through, there’s definitely a “blink and you’ll miss it” element to the gameplay, and when compared to the original, once of the stand out comparisons that can be made is quite clearly the quality of the graphics.

This is the perfect slot for those who like to sit back and let minutes if not hours go by in an instant, but Microgaming really did strive to add to the aura of Jane Blonde in a grander sense.

With the standard “Spin”, “Stop”, “Bet Max” terms being condensed into logos on the right-hand side of the screen, there are points where it really is quite easy to immerse yourself in this agent landscape that’s been introduced to you.

The moody, nighttime lighting, draped in purple, is exactly the sort of vibe you’d expect someone like Agent Jane Blonde to have. They took the comic book strip ideology in the original slot and transformed it into something that went far beyond what anyone could’ve anticipated.

It’s hard to try and fall in line with comparisons to a video game franchise, but this is the kind of Vice City slot equivalent that die-hard fans should absolutely love.

If you’d been searching for a character-driven slot in the second instalment of the franchise, then you’re in luck with the general layout of the symbols on the reels. We’ve got laptops, watches, money, cars, handbags and passports to enjoy, as well as four different looks for the main star herself: stealth, undercover, classy and underwater.

Per spin, you can start off pretty slow if you’re trying to ease your way into it at 0.05, or, on the flip side, you could slide into high roller mode at 400. The maximum you can win back is 300x your original stake, which may not be the headline that the big money players are hoping for.

There are no free spins to be found as far as the eye can see with Agent Jane Blonde Returns, but there is a respins option for those who are in search of anything resembling a bonus game.

The face of Jane is the wild with the actual Agent Jane Blonde Returns logo being the scatter, and after triggering two scatters on a spin, you’re up and running with the respin feature. They proceed to transform into wilds and are then held in position, and if you get more wilds, they’ll also be held. When there are no more wilds to land or all of the positions are filled, the respins feature will end.

There is no official jackpot or progressive jackpot to be reported on, and with that could come the final nail in the coffin for enthusiasts who wanted to give Jane Blonde the benefit of the doubt.

In the land of 2020, it’s vital to expand your horizons and take advantage of the almighty mobile casino side of things, and as we all know, Microgaming tends to do that very well. Unlike the predecessor, which was released way back in the noughties and now feels like a lifetime ago, the official release for the sequel was in March 2019.

This modernised version, therefore, is clearly suited to the land of mobile gaming. It is compatible on any iOs, iPad or Android device at whatever mobile casino you want to dip your toe into, and one of the other big compliments that can be awarded to this platform is that it runs AJBR incredibly well and very smoothly.

Sometimes they say the sequel never lives up to the hype, and from the perspective of the graphics, that simply is not true at all. This game looks a whole lot sexier than Agent Jane Blonde, and that instant appeal is something a whole lot of slots don’t have – even these days.

Alas, the big let down comes in the form of the lack of any real creativity in the gameplay with very few rewards in comparison to some of its biggest and baddest competitors.

We’re big fans, Jane, but this is one mission that needs to be aborted.