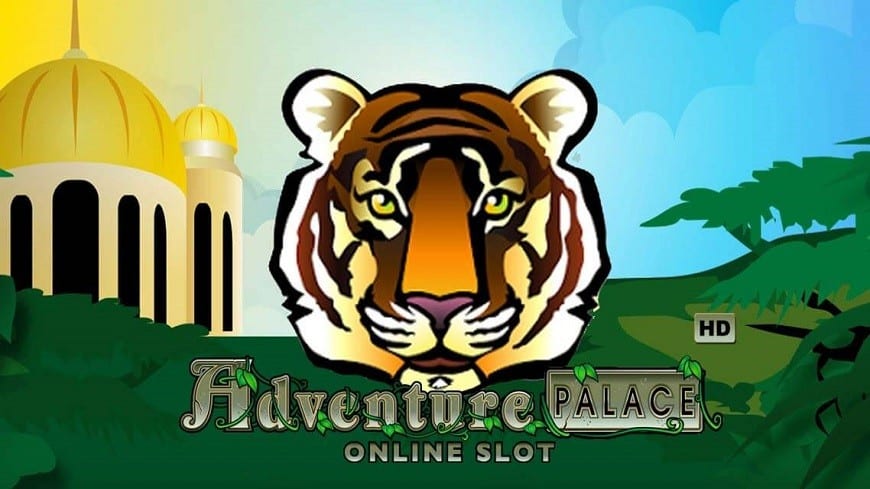 There are many genres and themes that have been tried and tested in the world of slot gaming over the years, but that doesn’t mean newcomers can’t enter the conversation in order to try and upset the status quo. It’s all about providing players with a unique and diverse product that is going to leave them wanting more, and that is also going to give them a chance to win the big bucks - whilst having a bit of fun at the same time. With that in mind, say hello to Adventure Palace. 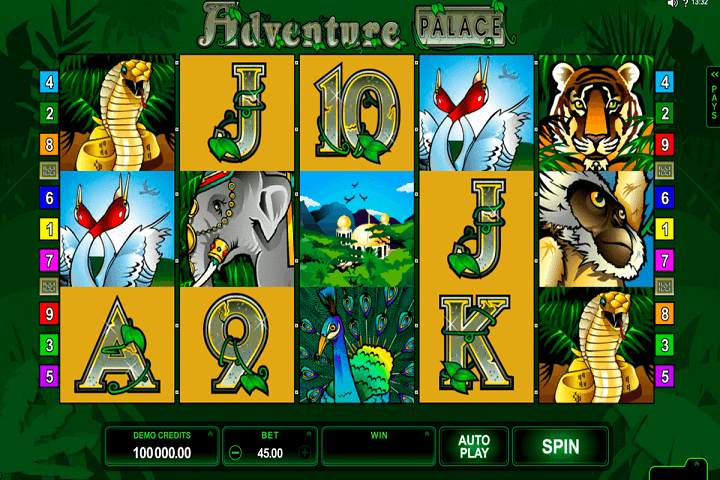 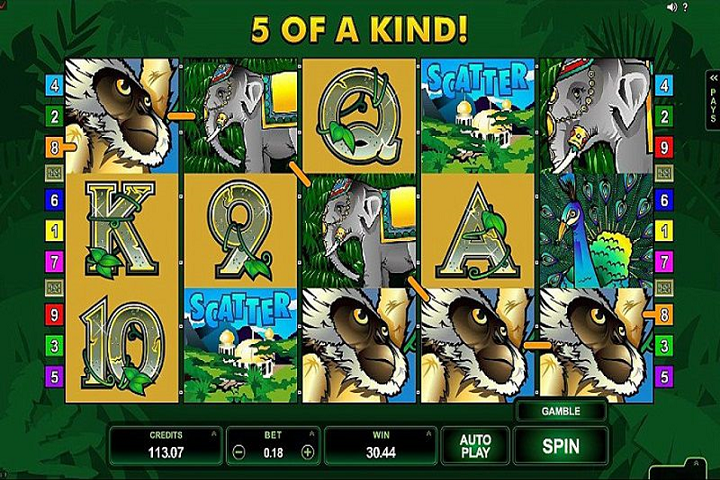 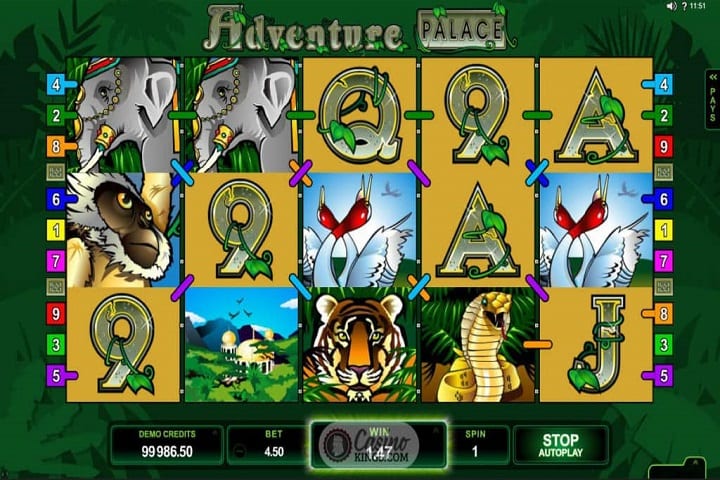 This 2018 offering from Microgaming attempts to welcome us into an entirely different landscape from our own, and while that can be a bit risky, it also opens up a whole lot of possibilities.

Whether or not Microgaming follows through on delivering a slot to remember, though, is a different matter altogether.

If you’ve entered into the jungle in search of complexity and diverse storytelling, then you may want to shop around. The aim of the game in Adventure Palace appears to be pretty simplistic, and from the outset, it comes across as a slot that falls into the ‘decent’ category. If there had been a bit more TLC put into the project, then perhaps the first impression would’ve been one of real inspiration.

The game works in the standard 5×3 reel setup, with the board itself taking up most of the screen – and while that is quite ‘in your face’, some players actually prefer that kind of layout.

If you don’t want to mess around with a long or potentially addictive game then this is going to be right up your street, with Adventure Palace only possessing nine paylines to work your way through.

In such an increasingly competitive market it can be difficult to stand out, with anything about 95% being viewed as something of a success story in the world of slots. Therefore, a tip of the cap goes to AP for having an RTP of 96.1%. It’s not world-beating, but it’s steady, and that trend continues with the volatility which has been positioned as ‘medium’. In the grand scheme of things, most players will take that and run with it.

You can start off nice and easy with this slot from an opening minimum wage of 0.09, and you don’t have to worry about going off the rails with the maximum coming in at 45. If you’re able to have the game of your life, there could also be a prize of 150,000 coins coming your way.

This isn’t a smooth slot to play by any stretch of the imagination, and you could even argue that it’s actually a little bit jarring. The graphics do not do justice to the subject matter whatsoever, and unfortunately, it just doesn’t really feel as if there’s anything all too unique about AP in this department. Plus, the soundtrack and the actual in-game noises are headache-inducing, which is a shame given what they could’ve done with this.

The standard playcards are available from 9 all the way up to A, with the featured animals including a snake, a pair of birds, a peacock, a monkey and a tiger. They could’ve gone further, but they went down the conservative route.

There are many slot lovers that will go in search of redeeming features if they feel like a game is faltering, and with Adventure Palace, the saving grace can be found in the bonus features.

The almighty elephant rolls up to the party as the wild symbol, substituting itself for all other regular symbols in the name of finishing off a winning combination. The elephant also doubles the payout that is awarded, justifying its status as one of the jungle’s greatest creatures.

The Adventure Palace itself also pops up as the scatter symbol, bringing with it some luxury rewards regardless of where it lands on the reels. It can also trigger a huge 15 free spins when three or more scatters appear, with each of the free spins having the potential winnings tripled. If that isn’t an incentive to keep playing, then nothing is.

Those who have a real thirst for danger will be more than happy to dive headfirst into the gamble feature, which is available to activate when you land on a winning spin. From that point on, when you press the gamble button, it’s a whole different ball game.

There’s a second screen that they’ll be taken to with a turned over playing card. You can first try and guess the colour of the card, with a correct answer doubling your winnings, and you can then try and guess the suit – quadrupling the winnings if you manage to pull it off. You can keep going for five rounds, or when you hit the upper bound limit, but one wrong guess will ensure you lose all of the original winnings. Now those are some high stakes.

The jackpot itself isn’t progressive, but it’s still hard not to be impressed.

It certainly isn’t the most visually appealing mobile slot that you’re ever likely to play, but simply being compatible is all that most players care about – and AP is, indeed, available on iOs and Android devices. It’s a fun way to pass the time, and that’s more than can be said for some of the other jungle-themed games out there.

At times, it would’ve been pretty easy to dismiss Adventure Palace as being unimaginative. The reason for that is because that’s exactly what it is from a design aspect, and there’s no getting away from how much that hurts the product.

Still, if you’re willing to stick with it in the long run, there is some big money to be won in some enticing and entertaining bonus features.

If the theming was directed towards something a bit more traditional, and perhaps Vegas related, then this slot would shoot up through the ranks in our estimation.