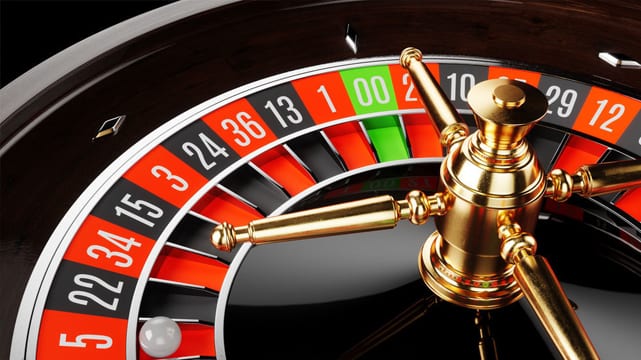 There's a huge amount of films, books and even songs out there all about gambling or that have gambling as some part of their plot. But you need to look no further than real life to find some of the most exciting and compelling gambling stories around!

Whether it's in the newest online casino out there or down at the bookies, there have been a fair few gambling stories that are almost too good to be true. What better way to glimpse the ‘human conditions than to look at the exploits of gamblers from all walks of life – from members of a royal family and even future kings to shifty characters in a seedy casino, you're sure to be entertained reading these tales from the wide world of gambling…

1 – A Far Fetched Bet Comes In

Everyone knows where they were when Apollo 11 landed on the moon in 1969, but one particular punter got extremely lucky. As soon as President Kennedy proposed to the world that he was going to land a man on the moon, A gambling man from Preston saw an opportunity and ran with it.

In the mild spring of 1964, David Threlfall actually managed to convince William Hill to make a custom wager for him – and get 1000 to 1 odds that a man would land on the moon by 1971. Mr Threlfall ran with it and placed quite a small wager – only £10. Well when his bet rolled in, he managed to bag a whopping £10,000 – with 2 years to boot as well.

That sum works out at around £155,000 in today's money. The story doesn't end there though – William Hill actually gave Mr Threlfall a counter bet – 500 to 1 odds that the government will admit it was all a hoax!

Phil Ivey is known as one of the greatest card players of our generation and in the gambling industry – he's been called the Tiger Woods of Poker and has a very respectable 10 World Series of Poker bracelets from his gambling career at casinos all over the world. This doesn't mean he hasn't had his fair share of trouble though!

Back in 2012, Ivey won £7.7 million whilst playing Baccarat in Crockfords Casino, London. The casino refused to payout though, and wouldn't give him more than his £1 million stake. This was due to Phil admitting he used a grey area method to win the games, called edge sorting.

This technique involved using markings and irregularities on the backs of playing cards at casinos which indicate whether the card is high or low. Whilst this wasn't technically considered cheating – Ivey himself admitted to doing it and called it advantage play – the casino chose to take the matter to court and won. Phil has since started the process of appeal. It should also be noted that Ivey and an accomplice of his were actually sued for $10 million by another casino prior to this incident – for exactly the same thing!

3 – A Baccarat Scandal Fit For a King

Whilst compared to some other stories, the next tale may seem pretty tame to some – but it involves a certain Prince of Wales who would later become King Edward.

All the way back in September 1890, the future king was attending a small party with some friends and people in attendance. He ended up playing baccarat against a long time friend, Sir Will Gordon-Cumming. The game ended up with Sir William being accused of cheating at Baccarat, which could harm the Prince of Wales reputation with him being involved with the scandal.

To save face, Sir William had to sign a document stating that he would never again play cards and all of the people at the party had to sign a version of a non-disclosure agreement. But this didn't stop the public from finding out!

When the news broke, Sir William wanted a retraction – which he didn't receive. So he decided to take things higher and sue. He also lost this case, which resulted in him being fired from his position in the army and essentially kicked out of the upper class.

4 – Unwavering Faith Of A Grandad

People can bet on pretty much anything in the UK – and this next story and it's the main character – Harry Wilson.

Whilst we can't imagine how proud his grandad would've been, we can imagine he was over the moon at the fact he had just pocketed £125,000 for his total and unwavering faith in his young grandson for all of those years.

The old adage goes ‘ life is like a box of chocolates; you never know what you're going to get.' Well, that's certainly true in our next tale.

With progressive jackpot online slot machines being the star at many online casinos due to the fact they can allow you to win incredible amounts of money, the dream of hitting a jackpot became real life for a lucky veteran soldier. In October of 2015, Jon Heywood decided to play some online slots in his downtime and made a rather modest deposit of just £30 to play on Mega Moolah with.

He was playing online with 25p bets for only 7 minutes when he managed to bag the jackpot of £13.2 million. Yep, just 7 minutes. He also managed to keep his amazing win a secret and went into work the next day! The greatest thing about Mega Moolah is the fact that jackpot winners actually receive their winnings of this slot in a full lump sum, and not in instalments like some games at casinos payout.

If you've been in the casino scene for more than a minute, you've probably heard of the Ritz Club and its famous luxurious heritage. Yet back in 2004, the casino was actually the subject of a scam from an Eastern European gang.

The trio – two men and a woman – won over £100,000 in a single night and then returned the next night to walk away with an astounding £1,200,000. The trio used a high tech mobile scanner that used a laser that measured the velocity of the roulette ball as it spins around the wheel, letting them know which sector of the wheel the ball was likely to land in for when they were betting.

As is customary with big wins, the authorities were alerted, the trio arrested in their hotel and their winnings frozen. But, gambling laws were very specific at the time, and since they didn't actually interfere with the game, they could not be charged, leaving them free to walk with over £1,000,000 pounds!

Floyd Mayweather is easily considered one of the best boxers of all time and has the incredible professional record of 50 wins with 0 losses over his years competing. He isn't just known for his prowess in the ring though – he always makes some staggering bets on sports. One of his biggest bets was a smooth $5.9 million on the seventh game of NBA Finals in 2013. The bet didn't come off, but it's just one of his many betting slips he posts on his social media!

We bet quite a few punters have had a fantasy about placing a huge wager on a number or colour in Roulette and walking from the table with some impressive loot. Well, that's exactly what happened for a lucky British bloke in 2004.

A man named Ashley Revell staked literally everything – he started by selling his BMW, a Rolex, his golf clubs and eventually even his clothes to travel across to America and place all the money he got from his possessions on a single spin of the Roulette wheel.

He managed to withdraw just over £76,840 in chips at the famous Plaza casino in Las Vegas and wandered over to the Roulette table. He couldn't make up his mind whether to place the bet down on black or red and in a very heat of the moment gamble, decided red… the ball smoothly rolled in the red 7 pocket. Revell walked from the game with a smile on his face and a nice £153,680 richer.

Even small jackpot wins are worth a little celebration dance over, a woman from Arizona learned that when things that are going well can turn bad very quick!

Mirna Valenzuela won a nice little $1,200 jackpot in a casino in Tucson in 2013 – and whilst you might think it was a day for her to celebrate, little did she know by the end of it she would feel like doing anything but celebrating. When she was going to claim her jackpot, the US federal law dictates that Mirna would have to show her ID for tax proposes.

Well, that's exactly when things turned sour, as when Mirna and her daughter brought their documents in to collect the winnings, they actually provided false ones. management at the casino told the relevant authorities and Mirna actually ended up being deported to Mexico!

The irony of it all is that the law state you only have to show ID for wins of $1,200 or more. If Mirna would have won just a penny less, who knows – she could've still been in the states,

Finally, one of the most miraculous gambling stories you're going to hear – starring James Bond himself, a certain Mr Sean Connery.

Partial to hit the tables like the fictional character he plays, Sean Connery was in the St Vincent casino in the Alps of Italy in 1963. he placed a bet on his lucky number – 17. The bet didn't come in, and so placed another one on his lucky number. No luck again for the second time in a row.

But things changed – he put his lucky bet on for a third time, as they say, third times a charm and his bet rolled in! Sean only took things further, leaving his chips and the bet he placed on his lucky number 17 again…